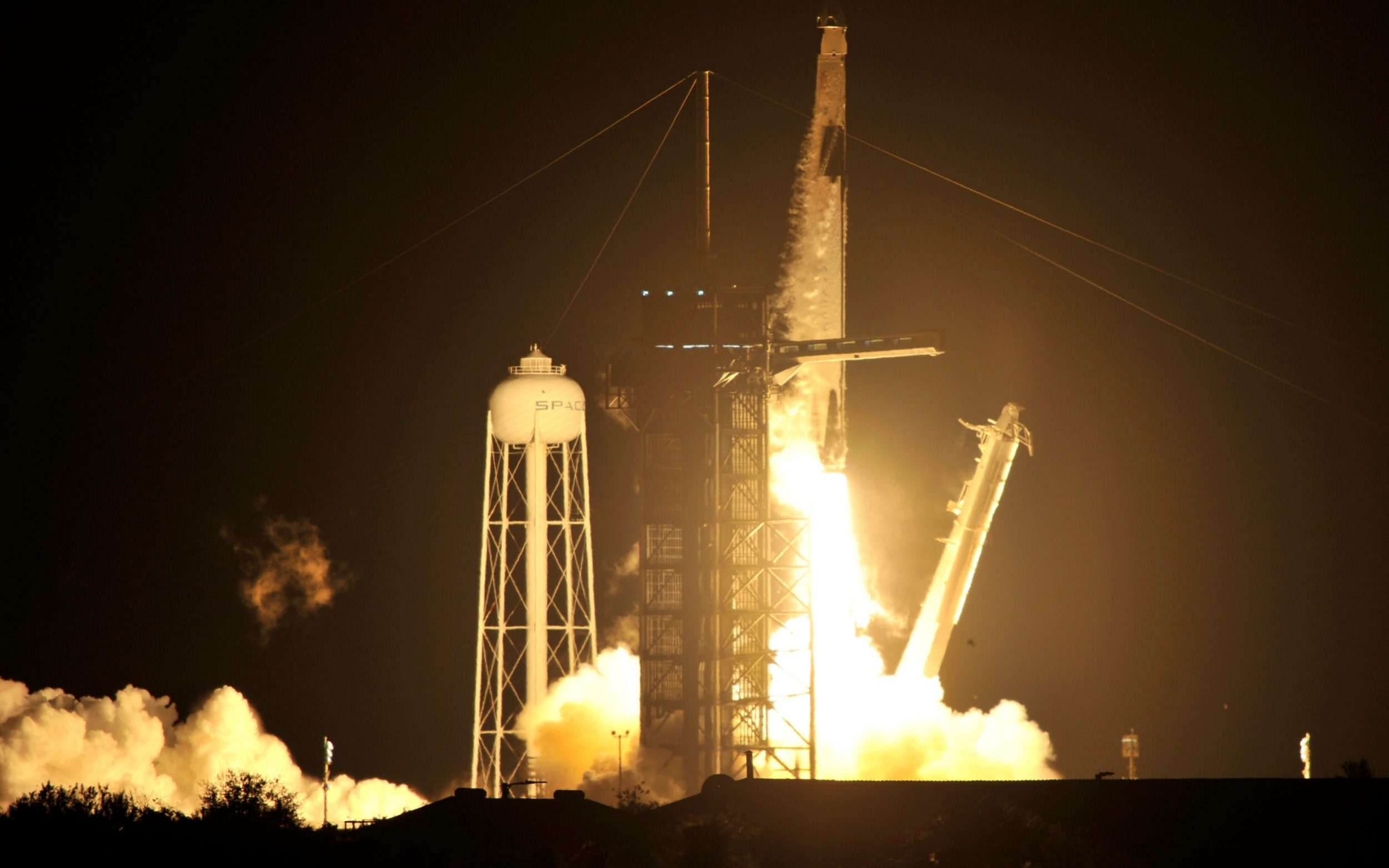 SpaceX, the rocket company of high-tech entrepreneur Elon Musk, launched four astronauts on a flight to the International Space Station on Sunday, Nasa’s first full-fledged mission sending a crew into orbit aboard a privately owned spacecraft.

Sidelined by the coronavirus himself, SpaceX founder and chief executive Elon Musk was forced to monitor the action from afar. He tweeted that he “most likely” had a moderate case of Covid-19. Nasa policy at Kennedy Space Centre requires anyone testing positive for coronavirus to quarantine and remain isolated.

An air leak caused an unexpected drop in capsule pressure less than two hours before launch, Nasa officials said. But technicians said they conducted a successful leak check, and the scheduled launch was still on.

The 27-hour ride to the space station, an orbiting laboratory some 250 miles above Earth, was originally scheduled to begin on Saturday. But the launch was postponed for a day due to forecasts of gusty winds – remnants of Tropical Storm Eta – that would have made a return landing for the Falcon 9’s reusable booster stage difficult, Nasa officials said.

The astronauts donned their custom white flight suits and arrived at the Kennedy Space Centre launch pad on schedule at 4:30 p.m. in three white Tesla SUVs, flanked by Nasa and SpaceX personnel.