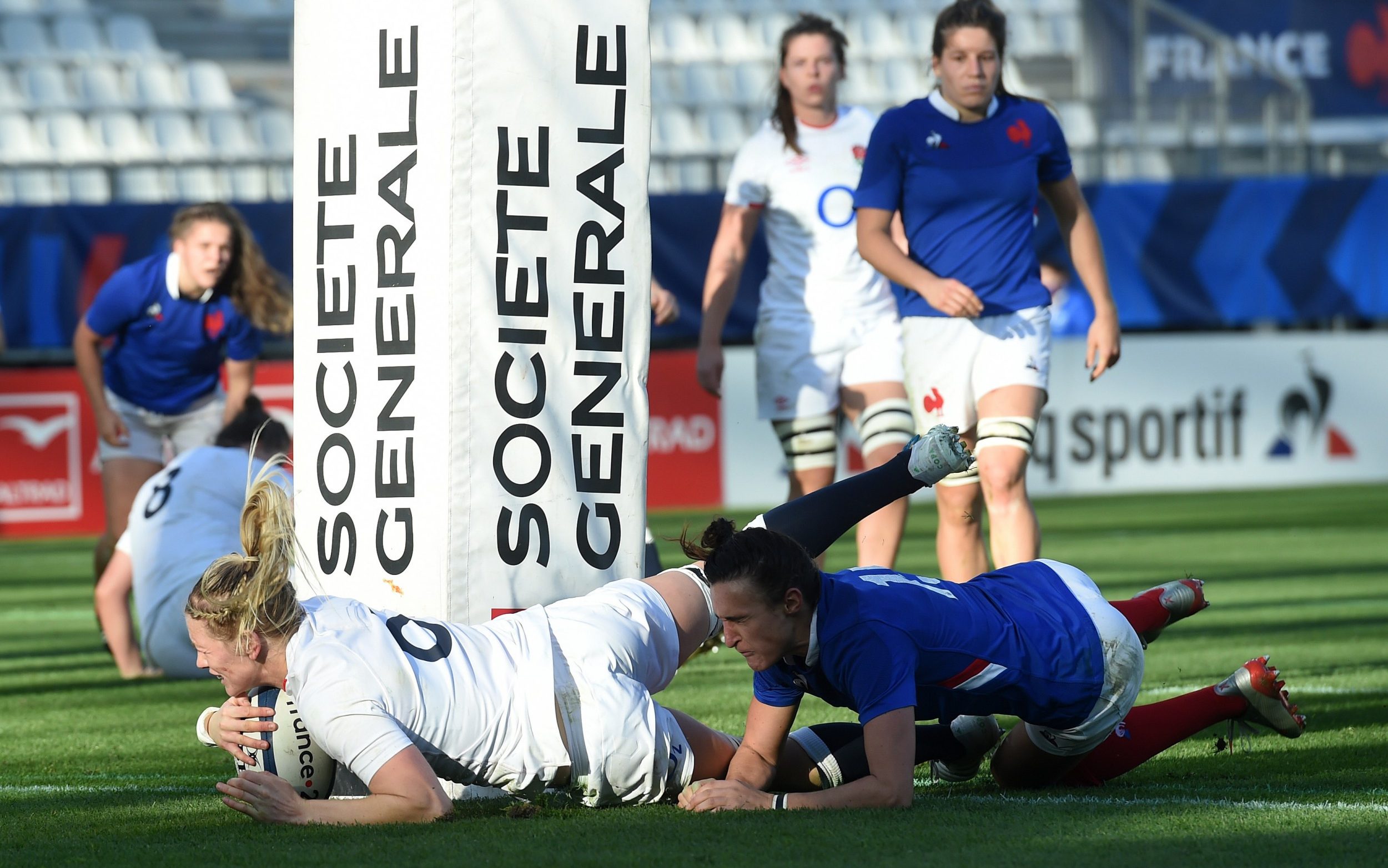 Alex Matthews may have put in a try-scoring performance to help England reclaim the top spot in the world rankings with the 33-10 win against France on Saturday but, like so many around the country, she is living with the uncertainty of how her professional future may unfold over the next year.

Although the 28 central contracts for women’s XVs players have been untouched by the Rugby Football Union’s cuts, Matthews describes herself as unemployed as she is one of over 30 players who were made redundant when both the women’s and men’s sevens programmes were scrapped in August.

Matthews has earned 39 caps in XVs and was a 2014 World Cup winner but made the decision after the 2017 World Cup to commit to the England sevens programme. She, with full-back Ellie Kildunne and 21-year-old Helena Rowland, who controlled the game well from fly-half in just her second Test cap, are all sevens players who started against France in Grenoble.

For Matthews, the past three months has been filled with uncertainty, but she has found playing XVs for Worcester and now England to be the one constant in her life.

“I think I can speak for most of the sevens men and women, it has been so tough,” she said. “Just having a Zoom call saying that was it, it was hard. It has also been hard being away from everyone.

“We don’t know what is going to happen. I got into a bit of a hole of overtraining and then loss of motivation levels because we didn’t know what we were training for and pushing for when everything has been so unknown.

“But going back to club rugby has been a saviour. I would be waiting for 4pm for training, as it was the happiest few hours of my day. Then being back in England camp for the past four weeks has been great. It brings the structure I miss so much.

“It isn’t so much the training and the playing but missing things like having meetings, having lunch together, and the small talk between sessions.”