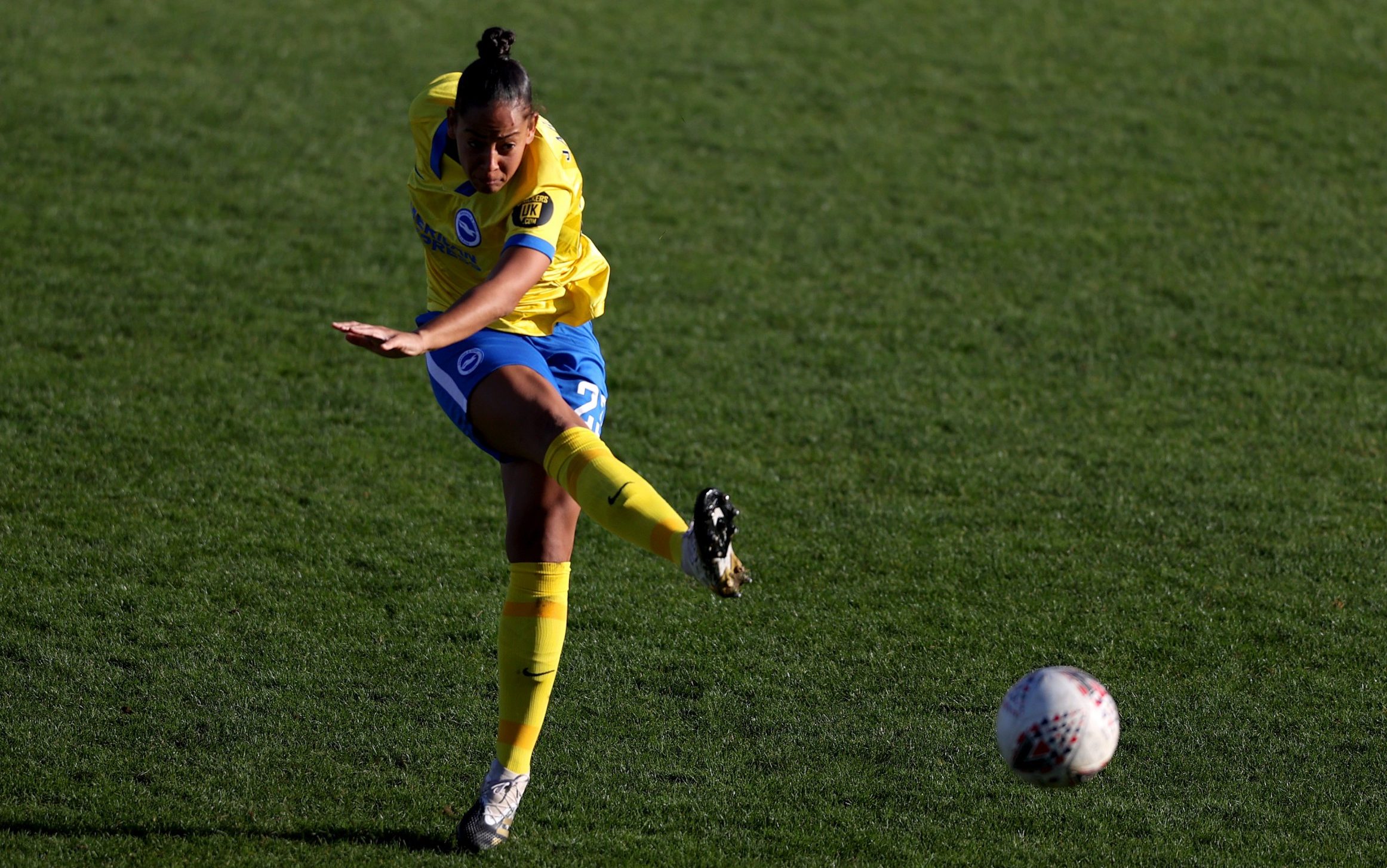 With that, Powell ended her post-match press conference from home on Zoom and went back to watching the final game of the WSL Women’s Football Weekend.

Jarrett’s goal notwithstanding, this match will not be one of its abiding memories. It was a game in which West Ham pressed and created the greater number of chances, but in the three-tiered WSL table, Matt Beard’s side are worryingly ensconced with the stragglers.

Martha Thomas worked tirelessly up front and consistently found spaces around the sides of Brighton’s makeshift central defensive pairing of Danique Kerkdijk and Dani Bowman, but her two best chances were squandered with low shots that missed the far post.

Brighton keeper Cecilie Fiskerstrand rushed out to block another Thomas effort, while the striker threw herself at a Rachel Daly cross that teasingly remained out of reach during a first half dominated by the home side.

They were denied early in the second period, too, when Jarrett chased back to block an Adrian Leon shot.

The Brighton forward’s industry was rewarded in the 69th minute when she chased a through ball. Mackenzie Arnold came out to meet her, but was a fraction late as Jarrett neatly lobbed the ball over the West Ham keeper and then leapt to nod home as it came back down.

With the home side rattled, Inessa Kaagman ought to have made it 2-0 two minutes later but this time Arnold threw herself to her right to make a fine save.

Inventive West Ham substitute Kenza Dali was at least prepared to pepper the Brighton goal with shots in search of an equaliser, but it was Brighton who moved away from the relegation zone.

Beard said: “We should have won today, hands down. It was one of our most dominant performances of the season in terms of the chances we created, but if you don’t take your chances, the pressure will continue to grow.

“It’s a missed opportunity. We could be sitting on seven points. Instead, we’re in that group with Bristol City and Aston Villa. It’s not where we want to be.”