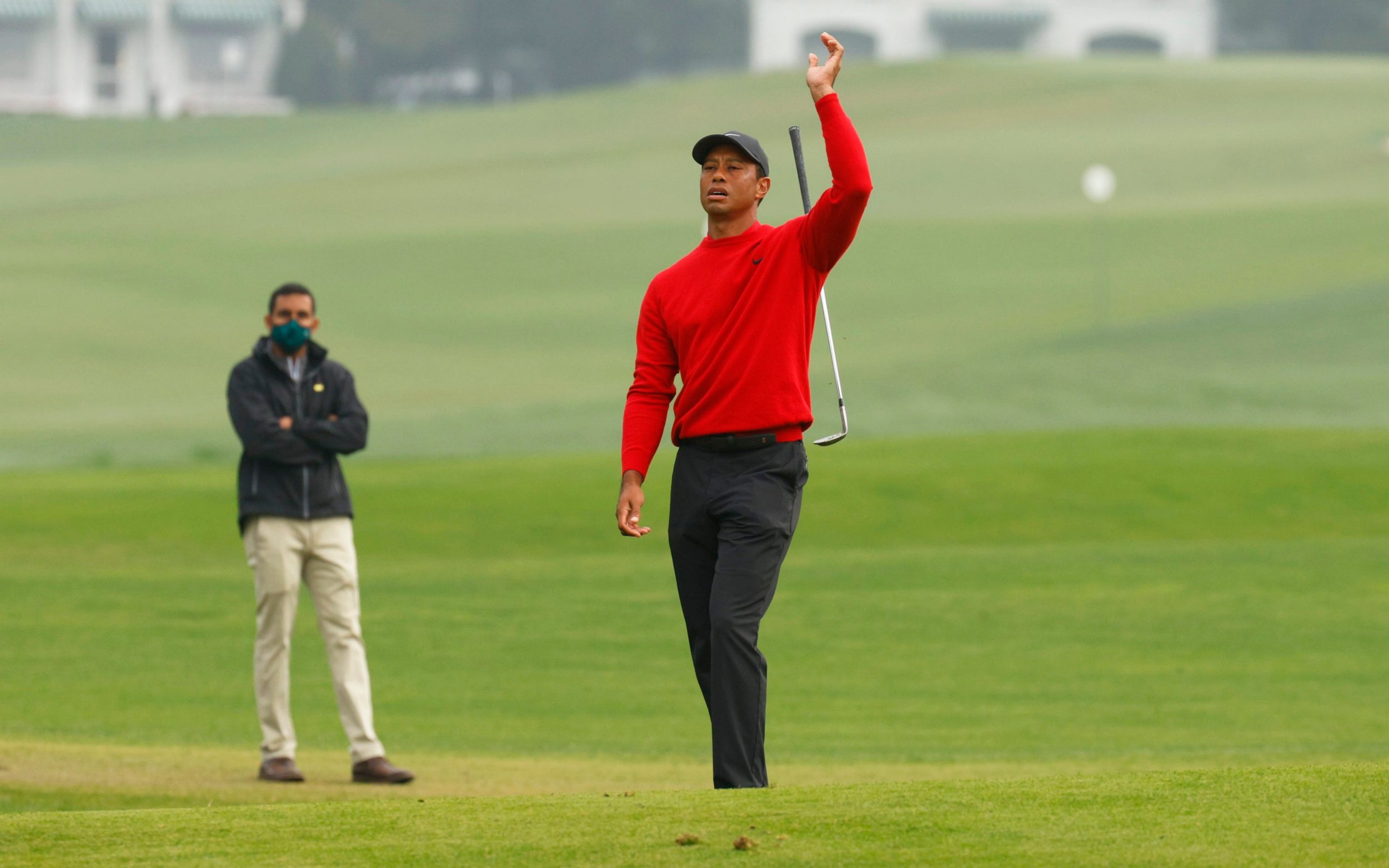 Dustin Johnson has a place in the record books and a second major title in his sights as he takes a commanding lead into the final round of the 84th Masters.

The world number one fired an eagle and five birdies in a flawless third round of 65 at Augusta National to finish 16 under par and match the 54-hole scoring record set by Jordan Spieth in 2015.

A closing 69 or better would see Johnson surpass the 72-hole record of 18 under, shared by Spieth and defending champion Tiger Woods, who was the last world number one to win the Masters in 2002.

Australia’s Cameron Smith, Mexico’s Abraham Ancer and Korea’s Sungjae Im were Johnson’s nearest challengers on 12 under, with Ancer and Im attempting to become the first players to win the green jacket on their tournament debut since Fuzzy Zoeller in 1979.

The start of play in the final round of the Masters was delayed by 10 minutes at Augusta National on Sunday. Play was due to get under way at 07:50 local time (12:50GMT) from both the first and 10th tees, but was pushed back briefly due to fog.

That meant that world number one Dustin Johnson, who holds a four-shot lead in pursuit of his second major title, was now due to tee off at 09:39 local time (14:39GMT).

It looks Johnson’s title to lose, but he has wobbled on the big stage before. He three-putted to 72nd green to lose the 2015 US Open to Jordan Spieth at Chambers Bay and endured heartache at the 2011 USPGA when a rules infringement put pay to his chances at Whistling Straits. He finally broke his major duck at the 2016 US Open, but one major is a meagre return for a player of his ability.

Tiger Woods is among the early starters, and could secure at least a top 10 finish with a round in the mid 60s. Jon Rahm and Brooks Koepka start seven and eight back respectively, but have the class to post a score that could set nerves jangling.