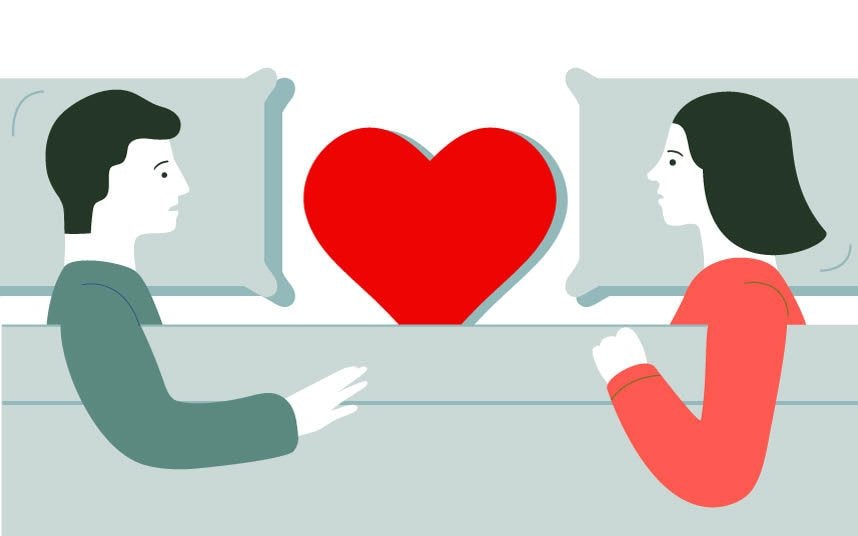 Just when you thought the three-tier system was slowing down your sex life, the government announced a second national lockdown, which will remain across England until December 2nd.

Under the rules of the lockdown, separate households are banned from mixing, unless you are meeting for reasons such as childcare. You are also allowed to exercise with one other person from a separate household if you remain outdoors.

Therefore, we hate to be the one to break this to you- but if your partner lives in a separate household, sex is banned for the time being.

What will happen after the lockdown ends?

Once the lockdown eases on December 2nd, the government have announced that the three-tier system will resume.

Depending on the tier you are in, it puts a ban on socialising in groups of more than six people indoors, encourages people to work from home where they can and continues to enforce a nationwide 10pm curfew.

Downing Street confirmed that those in established relationships living apart in tier two or three areas are banned from having sleepovers, having sex or meeting indoors unless they are in a support bubble. Couples will only be permitted to meet outdoors if they adhere to the social distance measures.

If you’re not already in an ‘established relationship’ (whatever that may be), the chances are you are staring down the barrel of a sexless few months (unless you’re planning on forging a new and exciting relationship with your housemate, in which case good luck to you). As for those already shacked up with someone, well, at least you can have some fun.

This isn’t the first time that sex has sparked debate over restrictions. Earlier this year, it was made illegal to have sex with someone outside your household, with the rules being put into place from June 1. At the time, anyone caught breaking the law could face having a criminal record – although police officers were not able to enter people’s homes in order to enforce it, according to a Downing Street official.

The Government has also broached the subject of relationships more broadly. On March 24, Dr Jenny Harries said in a Downing Street press conference that now is a good time for fledgling couples to “test” a relationship by moving in together (a risky game indeed).

Under the rules of the three-tier system, government advice stipulates that any contact with people not living in the same household should be conducted while keeping at least two metres apart, and that includes “non-cohabiting partners”, who could pass on the deadly virus if they continued to visit each other.

Can you have sex during the coronavirus outbreak?

In general, a couple living together can have sex if they both feel healthy, are not in an at-risk group, and have not come into contact with anyone with symptoms.

But what about if you’re in an ‘established-relationship’ but don’t live together?

Currently, the severe restrictions throughout November mean that sex with anybody beyond your household is banned.

After December 2nd, if the lockdown eases, as it is expected to, then your sex life will depend entirely on where you and your partner live.

If you are in an ‘established relationship’ you will still be unable to have sex with your partner if you live separately in tiers 2 and 3, but this doesn’t apply to those who already live together. However, Professor Claudia Escourt adds: “I think the key issue is that, as with any transmissible infection, the more of it there is circulating in the population, the more likely we are to come across someone with it and the higher the individual risk of catching it ourselves.

“Numbers of people with Covid are rising again so our individual risk will also go up, whether or not we are having sex.”

She also advises that people should follow the same measures that were in place earlier this year. Speaking previously to The Telegraph in June, she said: “It is safe for people in a household which has been self-isolating for over 14 days to have sex. But remember that every time someone goes out of their household that person has the potential to acquire the virus. You will need to keep resetting the 14 day clock if one of you is in contact with someone with coronavirus or develops symptoms.”

It’s important to remember that these rules vary from place to place. In areas with local lockdowns, such as Birmingham, or many parts of Greater Manchester, social visits outside your household, or support bubble, are banned, so you won’t be able to meet up with people for sex.

Meanwhile, household visits are not allowed in Scotland – but couples who don’t live together are exempt. Over in Wales you can form an “extended household” with your partner, which means that you’re allowed to meet up indoors and have sex.

In August, the Terrence Higgins Trust published advice suggesting people avoid kissing, wear a face covering and choose positions that aren’t face-to-face during sex. The organisation maintains that the safest form of sex is with yourself.

Indeed, this is a position echoed by health professionals in Canada. Dr Theresa Tam, the country’s Chief Public Health Officer, recommended people don’t kiss, avoid face-to-face closeness and wear a mask during sex to prevent the spread of coronavirus.

If you are in a group at high risk of becoming seriously unwell, then you should be extra careful with how you approach sex.