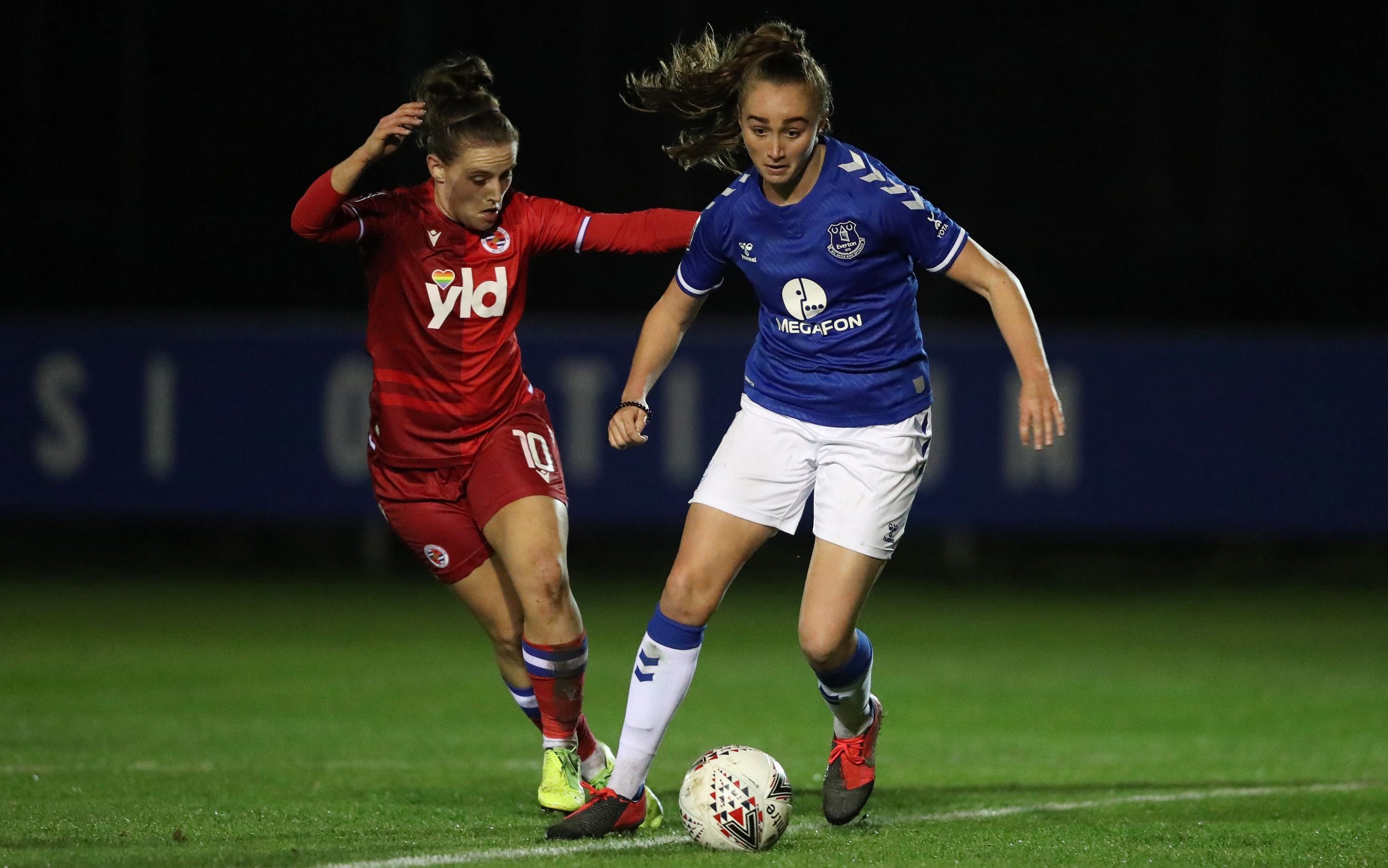 Everton are learning the hard way exactly what is required to keep pace at the top of the Women’s Super League as they could not get the better of mid-table Reading.

Victory would have taken them second and within a point of leaders Manchester United but they failed to win for the third game in a row, having started the season in blistering form with four wins out of four.

Willie Kirk’s team want to challenge the traditional powerhouses of Arsenal, Chelsea and Manchester City, but that requires unrelenting consistency and overcoming the threat of sides like the Royals.

They could point to the absence of Valerie Gauvin up front with the French striker unlikely to play this side of Christmas due to a muscle injury, but manager Kirk was not looking for excuses.

“It was the small details that let us down,” he said. “We didn’t hit the target, we didn’t win tackles, that was the story for us.

In the swirling wind and rain, Everton should have scored with the first attack after tenacious wing play from Hayley Raso. The Australian’s cross reached Nicoline Sorensen only eight yards out but she put it over the top.

Home goalkeeper Sandy MacIver then demonstrated why she is so highly rated with a fine reaction save from Amalie Eikeland after her shot came through a crowd of players.

The poacher’s instincts of Simone Magill put Everton in front, as she headed her third of the season into an empty net after Grace Moloney saved Sorensen’s effort with her legs.

However, the lead lasted only three minutes. Only Royals captain Natasha Harding will know if it was a cross or an audacious effort, but either way the ball had the perfect trajectory to drop over MacIver at the back post.

Izzy Christiansen slashed one effort off target and Kristine Leine looped a header just wide at the other end as both teams sought a winner. But the visitors were indebted to Moloney for preserving the point with a fantastic save in the final minute of injury time when she clawed away Megan Finnigan’s header as Reading recorded a third straight 1-1 draw.

“The frustration for us at the moment is that we feel like we’ve got the performances, but we’re not coming away with the results,” manager Kelly Chambers said.