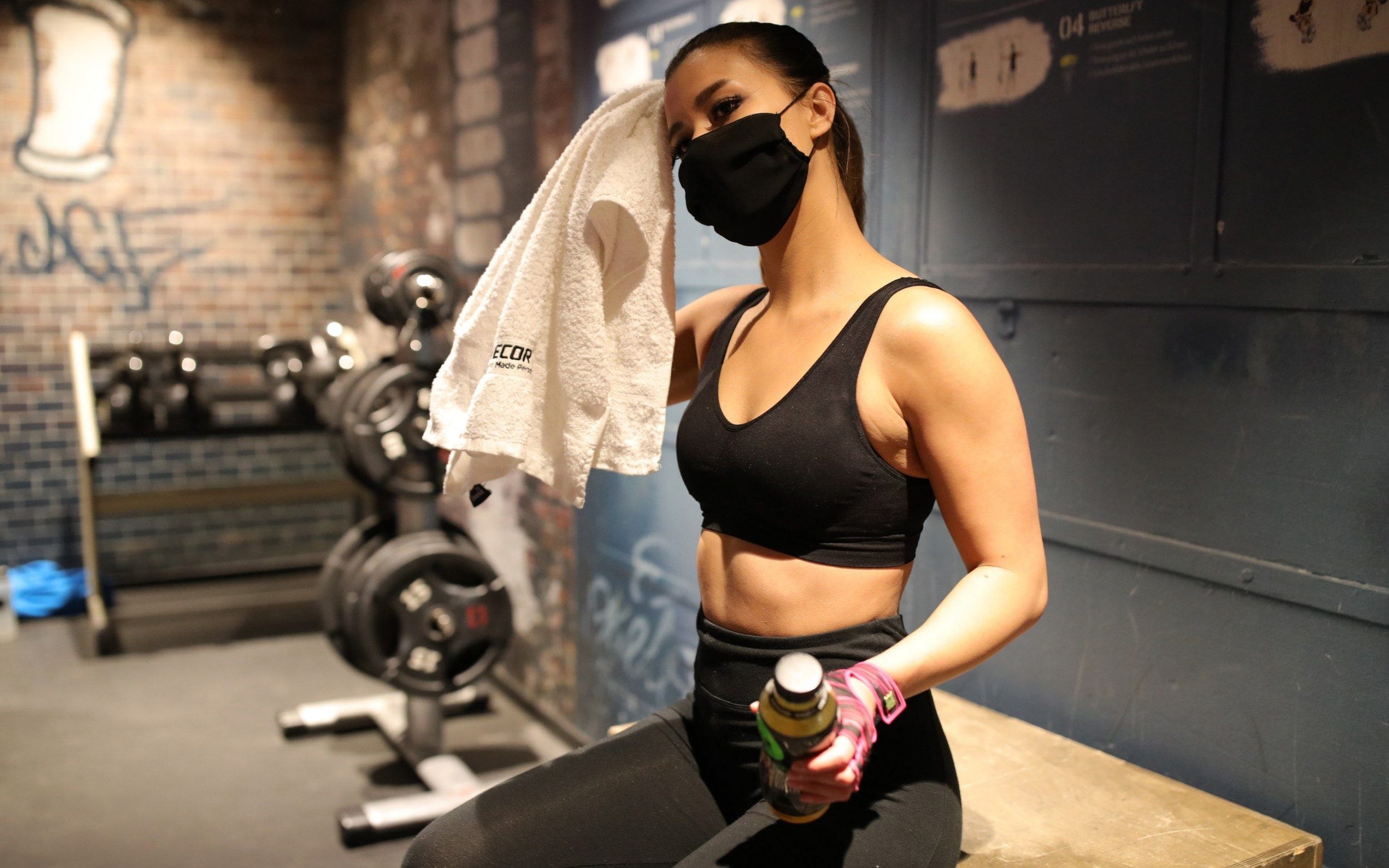 In May, a man’s left lung collapsed after he jogged for two and a half miles while wearing a face mask in China. The doctors found that his left lung was punctured and had shrunk by 90 per cent, a condition that they believe was caused by the high pressure in the man’s organ due to the fact that he carried out intense exercising while wearing a mask. Dr Chen Baojun, a chief medic from the Wuhan hospital, warned that people should avoid wearing face masks while exercising as the face-coverings could obstruct the circulation of oxygen.

However, these incidents are rare, and it’s likely that there were underlying health conditions, or other factors such as an ill-fitting mask or over-exertion, at play.

Some professionals have advised against high intensity exercise, such as running, while wearing a face mask. Speaking on This Morning in May, Dr Hilary Jones advised viewers that wearing a face covering while exercising might not be a good idea.

“If you’re exercising outdoors and you’re jogging you don’t really need a mask, as long as you’re not with other people,” he said. “There’s no guidance to suggest you should wear a mask or it’s beneficial. In fact, it’s covering your mouth and your nose, it’s inhibiting your breathing to some extent and some people would say you’re rising the rate of levels of carbon dioxide you’re breathing out when you’re exercising and that’s probably not a good idea.”

However, the research is still in very early stages. “Studies assessing the effects (including CO2 levels) of healthcare workers wearing a respirator (tight fitting masks) have been done and they do show (through several mechanisms) that they can impair work performance,” said Dr Killingley. “However, I’m not aware of similar studies of other types of facemask and certainly not related to general public use.”

What type of mask should I wear when I’m exercising?

From floral prints to heavy-duty respirators, it seems there’s a face mask cropping up for every occasion. But with Adidas and Rebel jumping on the trend, is there a specific type we should be using?

“A number of companies are producing face masks to run in, and these are for style and using materials to prevent becoming excessively damp – breathing through the mask will produce water,” said Professor Andrew Lane, Professor of Sport and Learning at the University of Wolverhampton. “The mask should be clean and so having several will help. The material needs to be porous. Many runners use a buff as a mask.”

To help support our “journey back into the world” Rebel have introduced a face mask made out of soft, breathable fabric that’s washable, making it safe for a sweaty exercise. They also provide FFP 1 grade protection.