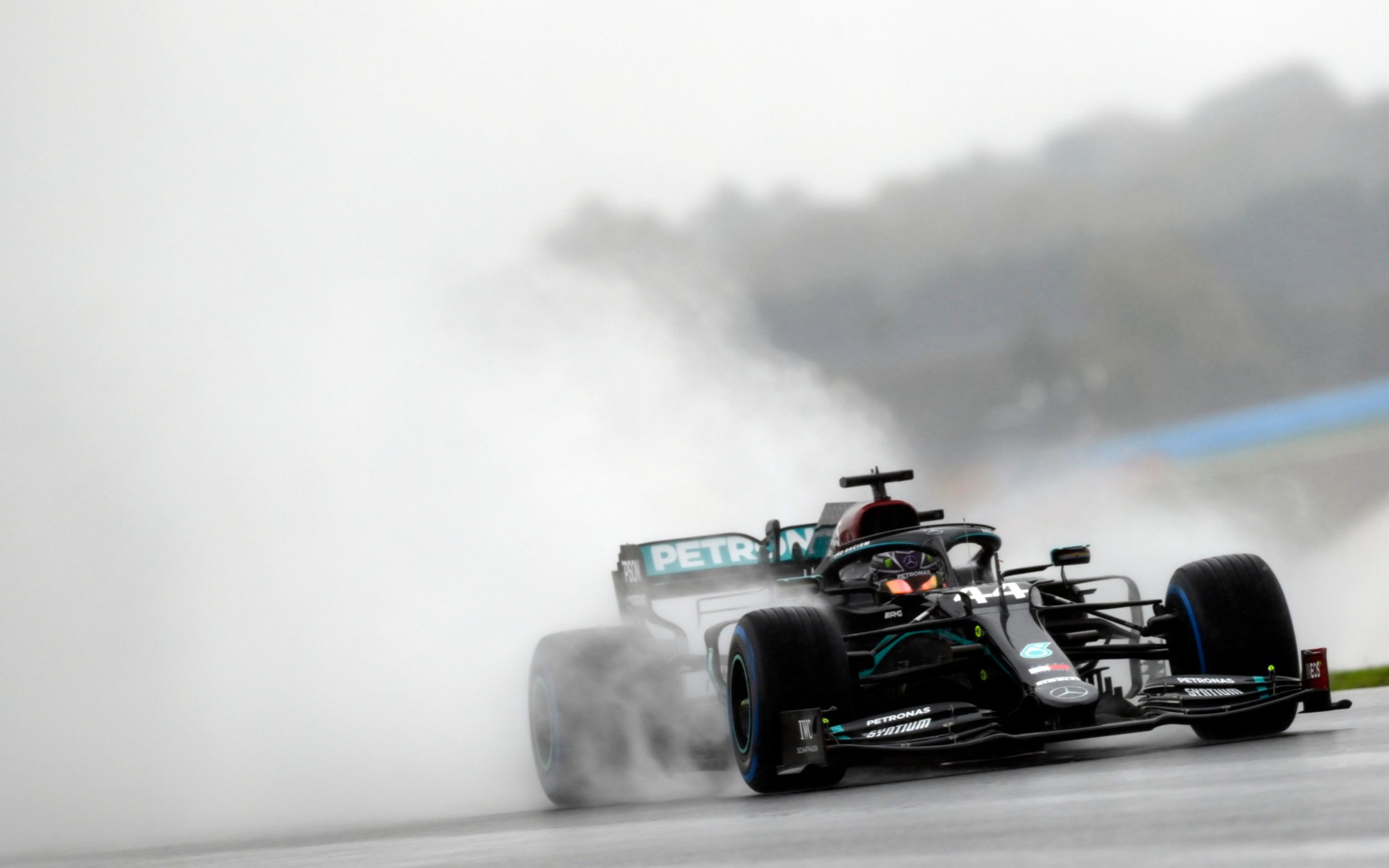 And welcome once more to our coverage for qualifying. This time it’s for the Turkish Grand Prix at Intercity Istanbul Park, just outside of Istanbul. It’s the first time the Turkish Grand Prix has been run since 2011, after seven editions from 2005. It’s one of those new/old tracks that F1 has on the calendar this year and it’s a Herman Tilke classic, perhaps up there with his very best.

Yesterday was not your usual free practice one and two, however, with the cars struggling with a lack of grip on a slightly damp at first but very newly-laid track surface. In fact, the conditions — and times at the end of the day — were more like those you would expect to find in a wet session, and the quickest time of the day was still comfortably 3.5 seconds off the lap record set by Juan Pablo Montoya in 2005. Lewis Hamilton described the conditions as “s— with a capital S”.

Still, if yesterday’s running was akin to driving in wet conditions, this morning was no simulation, with rain falling throughout the session. Max Verstappen completed a practice triple, though his time was some 20-odd seconds off his quickest from yesterday. The rain got heavier as the session finished and very few cars were running towards the end. It raises question marks over whether we will see qualifying started on time, or indeed at all, especially with a limited window for the visibility and daylight to be good enough.

However, if it is good enough to run (we only need to find an hour…) then it could be a cracking session. Very little useful running in these conditions so far and even if tomorrow’s race is dry (that is far from guaranteed, looking at the current forecast…) there will be even more unknowns and it could make running a little more unpredictable. In short, this could be a fantastic and thrilling weekend. Who cares if the drivers can’t go flat through turn eight?

As ever I’ll be here for all the build-up latest updates and reaction from qualifying when it gets going.