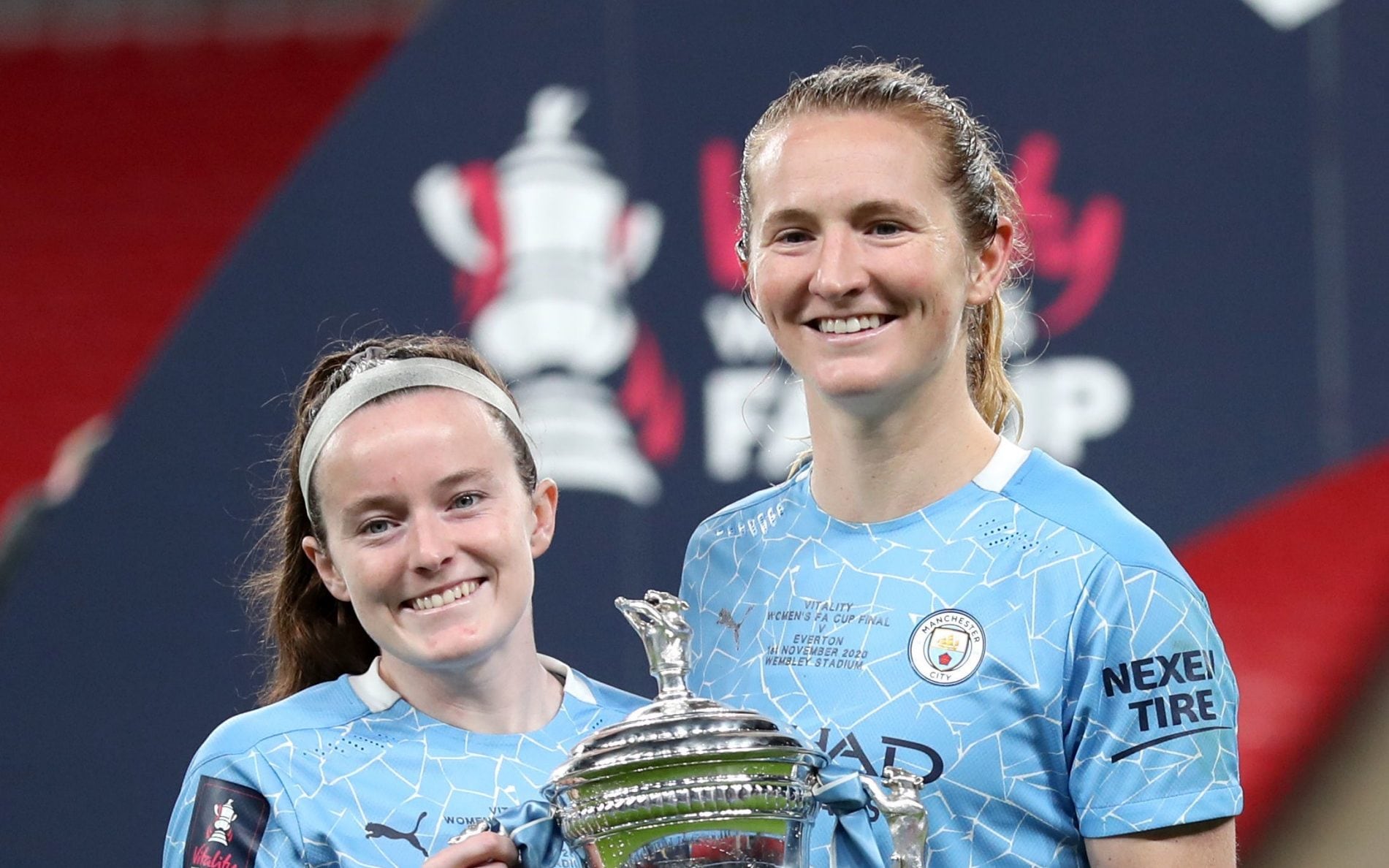 Though extended American ‘family’ Heath and Press live nearby, Covid-19 protocols mean no mixing between teams and they are yet to meet each other in person on these shores, their contact confined to a group chat. That moment will come on Saturday when they will line up on opposite sides in their first Manchester derby.

“I think any time you’re playing against your teammates and friends, it’s exciting,” Mewis says. “It’s going to be great competition and that’s what you want, to have to play your best to win. We know how talented they are and their team is, they’ve been doing so well.”

But even without that added dimension, a derby is an exciting prospect for Mewis and Lavelle, who have found their rhythm on the pitch already. While 25-year-old Lavelle is well known for her technical ability – her slight frame and quick feet helping her get around opponents – Mewis’ six-foot stature has seen her storm through defensive lines.

And both give glowing reviews of the talent that surrounds them in the City squad, made up of Lionesses they beat in last year’s World Cup semi-final. “I feel like USA versus England has turned into a bit of a rivalry,” Lavelle says. “Being in a training environment with them every day, it’s like we have that much more respect for them. They push us and challenge us every day.”

They see the team as being grounded by a core group of players, including Keira Walsh and Caroline Weir, who they say do not get enough credit for their ability. “They’ll be in these tight spaces and get out of it so effortlessly that I feel like people don’t even realise how hard it is,” Lavelle adds.

For all their quality though, City have had inconsistent results in the league, placing them fifth. At this early point in the season, the derby already feels like it could prove to be decisive. In a case of the WSL hierarchy tables being turned, United are top of the table and a loss for City would see them trail by eight points. But Mewis and Lavelle see their team’s three consecutive wins in all competitions – including their FA Cup victory – as momentum to take into their first derby experience.

“I think we’re both just excited to experience something that’s such a big part of English football, which is one of the reasons I came here,” Mewis says. “We have rivalries at home, in college there’s really specific rivalries, but it seems more official here because we’re both from Manchester. It feels historic.”