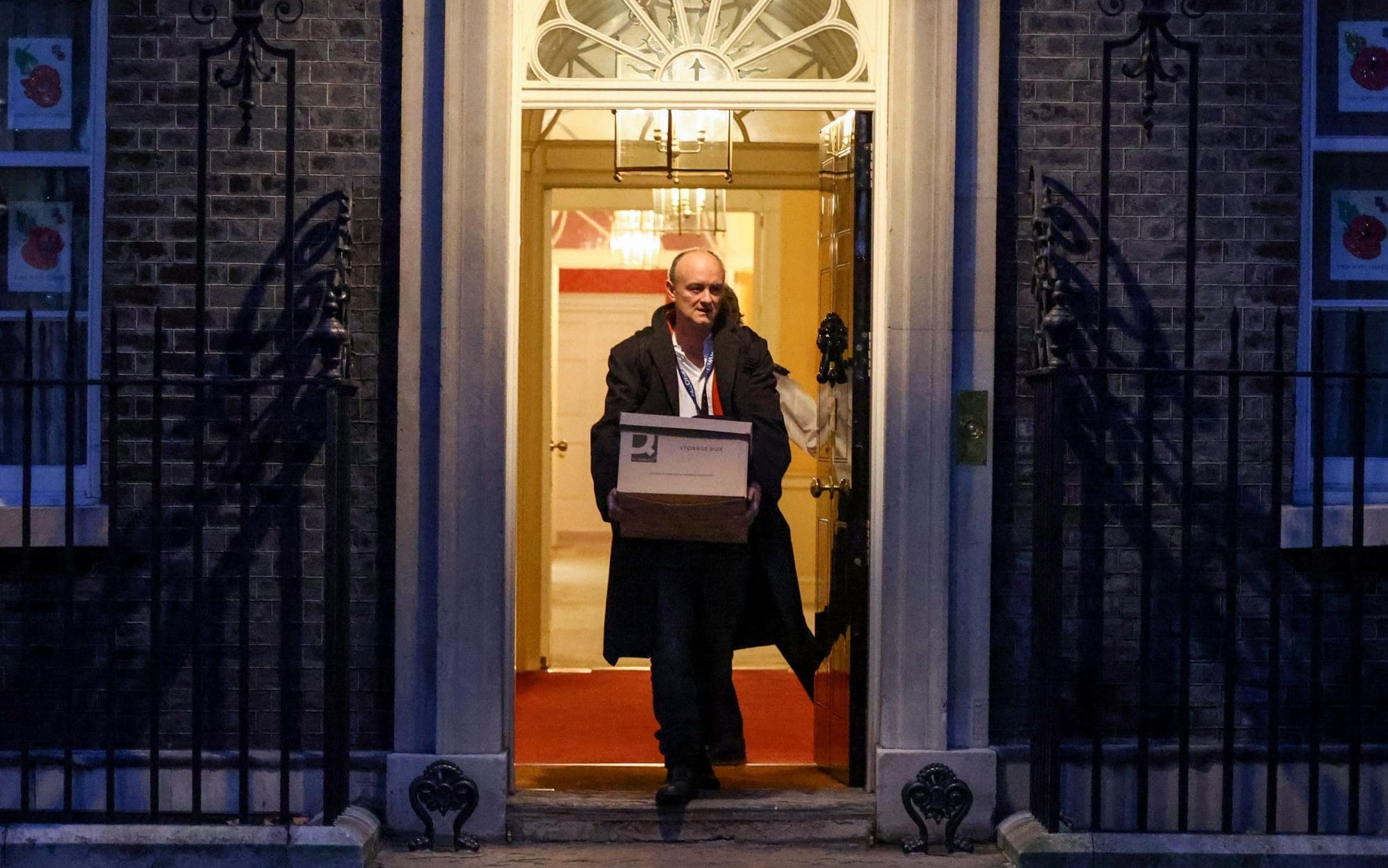 Sajid Javid has emerged as a front-runner for a senior role in Boris Johnson’s new team at Number 10 after the exits of the former Vote Leave colleagues Dominic Cummings and Lee Cain. Michael Gove, the Cabinet Office minister, is being tipped to take over as Health Secretary in a reshuffle to relaunch Mr Johnson’s Government early next year. Mr Javid – ousted as Chancellor in February – is understood to have raised the idea of being appointed chief of staff with the Prime Minister in the summer. It would be highly unusual for a sitting MP to take on the role. It comes as the Government hit back at suggestions Mr Cummings’ departure will pave the way for Mr Johnson to concede in Brexit talks and “accept EU conditions”. The departure of Mr Johnson’s chief adviser has left many Telegraph readers concerned, while Patrick O’Flynn analyses why the Tories may come to regret the fall of Mr Cummings.

Meanwhile, Government scientists have said lockdown measures in place in England are likely to take the R number below one but returning to the previous tiered system will cause infections to rise back to levels seen early in November. In a set of new documents released by Sage today, experts said that if the four-week lockdown measures are adhered to, the number of hospital admissions and deaths can be expected to fall until at least the second week of December. The R number has dropped to between 1 and 1.2 across the UK, with another 376 deaths recorded.

The Yorkshire Ripper, Peter Sutcliffe, has died after testing positive for Covid-19 and reportedly refusing treatment. Sutcliffe, 74, was one of the UK’s most notorious prisoners, who had murdered at least 13 women across Yorkshire and the North West between 1975 and 1980. The families of the victims and survivors spoke of the terrible impact of his crimes, while West Yorkshire Police has apologised for the “language and attitudes” of senior officers at the time of the Yorkshire Ripper’s murders – and insisted today’s approach is “wholly victim focused”. The inept police search for the most brutal serial killer in living memory became the biggest manhunt in British criminal history. Read how Sutcliffe was eventually caught – and how he was helped to kill by a hoaxer known as Wearside Jack, who he never met.

Anton du Beke steps in as Strictly hit by Covid-19

Anton du Beke will join the Strictly Come Dancing judging panel this weekend, filling in while Motsi Mabuse is self-isolating following an “urgent” trip to Germany. The professional, who had been teamed with former home secretary Jacqui Smith, now eliminated, has long been touted as a possible contender to join the judges full time. It comes after Nicola Adams was forced to withdraw from the competition after her dance partner Katya Jones tested positive for Covid-19. Marianka Swain sets out why Adams’ ruthless Covid axing is the beginning of the end for Strictly 2020. Read on for a reminder of who is left in the competition and follow everything Strictly with our Ballroom Bulletin newsletter.

US election | China has finally congratulated Joe Biden on being elected US president, saying “we respect the choice of the American people”. It comes after a coalition of federal and state officials said they had no evidence that votes were compromised or altered in last week’s election, rejecting unsubstantiated claims of widespread fraud advanced by Donald Trump and many of his supporters. Read on for the latest.

Around the world: ‘Landslide’ election win in Myanmar

Myanmar leader Aung San Suu Kyi’s ruling party said today it would seek to form a government of national unity after official election results showed it had won an absolute majority in the parliamentary election. The latest batch of results from Sunday’s vote – the second ever free vote since the end of military rule – confirmed Ms Suu Kyi’s National League for Democracy (NLD) had secured 368 seats of the 434 seats that have so far been declared. Read on for details of the “landslide” win.

The Crown claims the Princess recorded a favourite song from the musical as a gift to an ‘incredulous’ husband. Is it that far-fetched? Andrew Lloyd Webber speaks to Dominic Cavendish

You Are Not Alone: Getting you through lockdown

Central banking | Rishi Sunak this week announced plans for Treasury and Bank of England officials to look into the idea of launching a central bank digital currency. It sounds dramatic, but Tim Wallace examines why the Bank is considering the idea and how the benefits are murky.

The Masters | Rory McIlroy has had five successive top 10 finishes at Augusta National in the past five years but he will struggle to maintain that consistent record after finishing his first round today on three over par, shortly before beginning his second round. Follow the latest here.

Children in Need 2020, BBC One, from 7pm | Pudsey turns 40 this year, and the fact Children in Need has raised over £1 billion in that time is something to celebrate. Read on for more.

And finally… for this evening’s downtime

The play that predicted cancel culture | Nearly 30 years ago, a play exploded off Broadway, containing a final scene that prompted a gladiatorial response from several people in the audience. Claire Allfree reveals how David Mamet’s 1992 work Oleanna created a storm with a story of a militant student and a university professor.