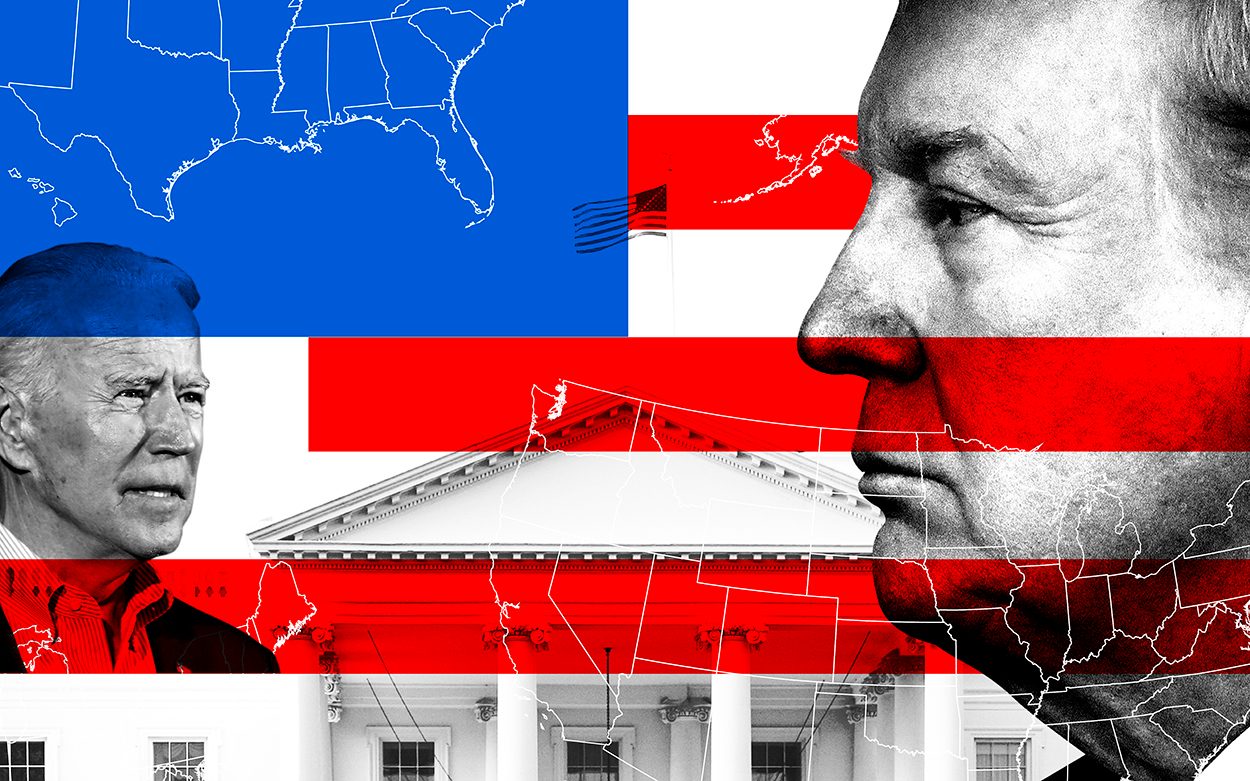 Joe Biden was declared the President-Elect, after securing victory in the one state Donald Trump needed to forge his own path to a second term –  Pennsylvania.

As the US presidential election entered its final stretch, rivals Trump and Biden had very different routes to claim power.

For three days, a handful of states continued counting ballots, gradually overturning Republican leads of hundreds of thousands of votes.

By the time election night drew to a close, Trump had an uphill battle, needing to win almost all the states remaining to declare.

President-Elect Biden – who had been widely tipped to win comfortably – needed to win just two of the six states available (except Alaska) – Arizona, Georgia, Nevada, North Carolina and Pennsylvania. Trump needed all five of them.

The President needed to take Pennsylvania, North Carolina, Georgia and Nevada on his arduous route to victory.

And as the days drew on, his hold on the remaining states steadily slipped away.

As of Saturday morning, he only led in North Carolina, after hundreds of thousands of mail-in ballots heavily favoured the Democratic former Vice President.

Alaska, with only three votes in the electoral college, is expected to back Trump.