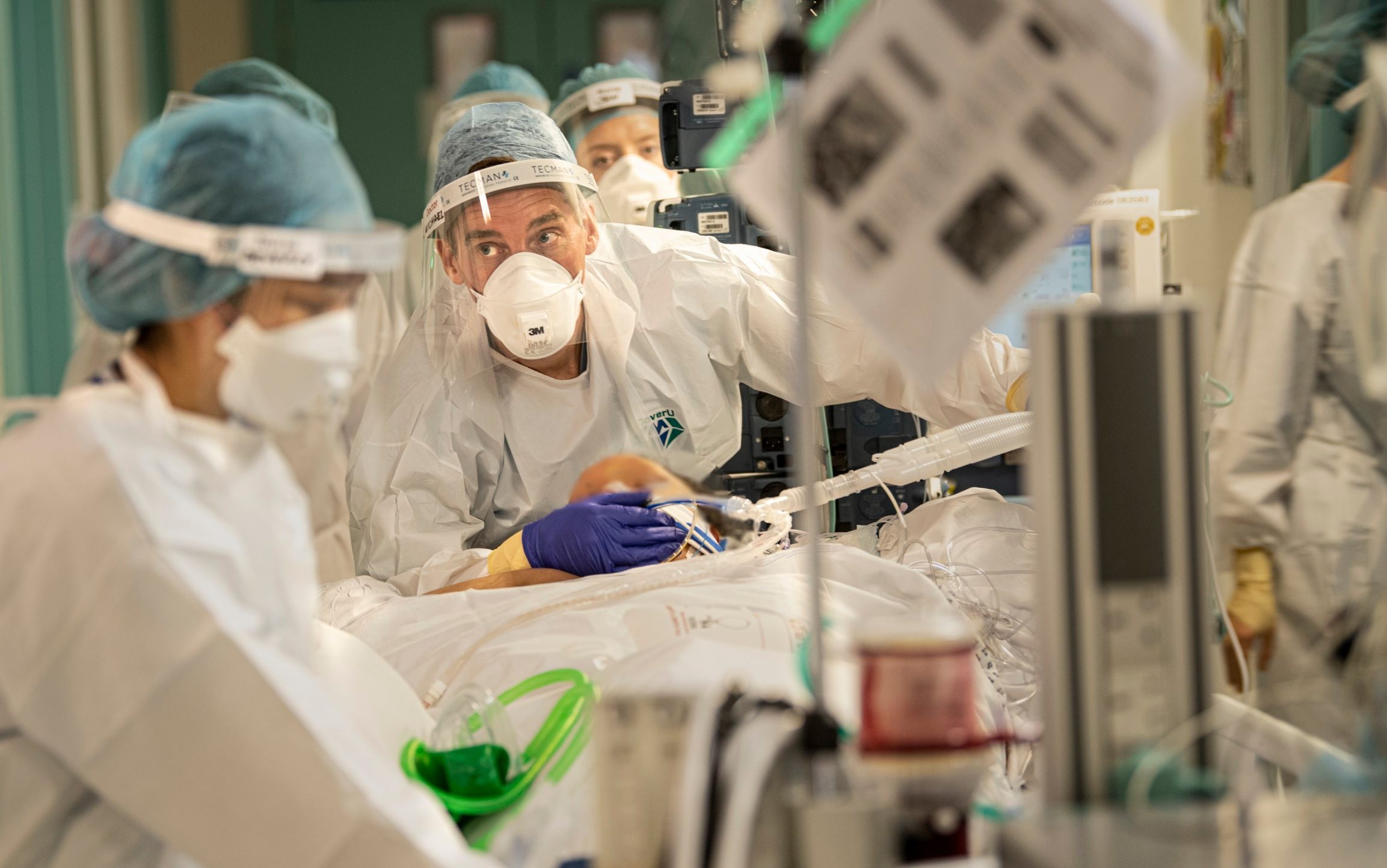 Covid patients should be sent to hospital earlier, researchers have said after finding that just a small drop in blood oxygen levels can indicate an increased risk of dying.

A paper published by UK academics and led by the NHS’s national clinical lead for patient deterioration found that current NHS guidelines on blood oxygen levels may be set too high.

It also makes a strong case for all UK households to keep an oximeter as well as a thermometer in their medicine cupboard at home.

The NHS currently considers blood oxygen levels of between 94 and 98 per cent as “normal” for treatment at home but the study, which compared oxygen readings taken by UK ambulance crews with outcomes, found that even small falls in readings below 96 per cent should ring alarm bells and may require hospitalisation.

“We found that even small deflections in oxygen saturations of 1- 2 per cent below 96 per cent confer an increased mortality risk, say the authors.

In most cases of pneumonia, blood oxygen levels start to fall after patients develop symptoms. Doctors have therefore become used to focusing their attention on a patient’s symptoms, especially signs of laboured breathing.

But with Covid-19 it is not uncommon for blood oxygen levels to fall even before a patient develops obvious breathing difficulties. In the early stages of the pandemic this was not realised and many patients are thought to have been taken to hospital too late.