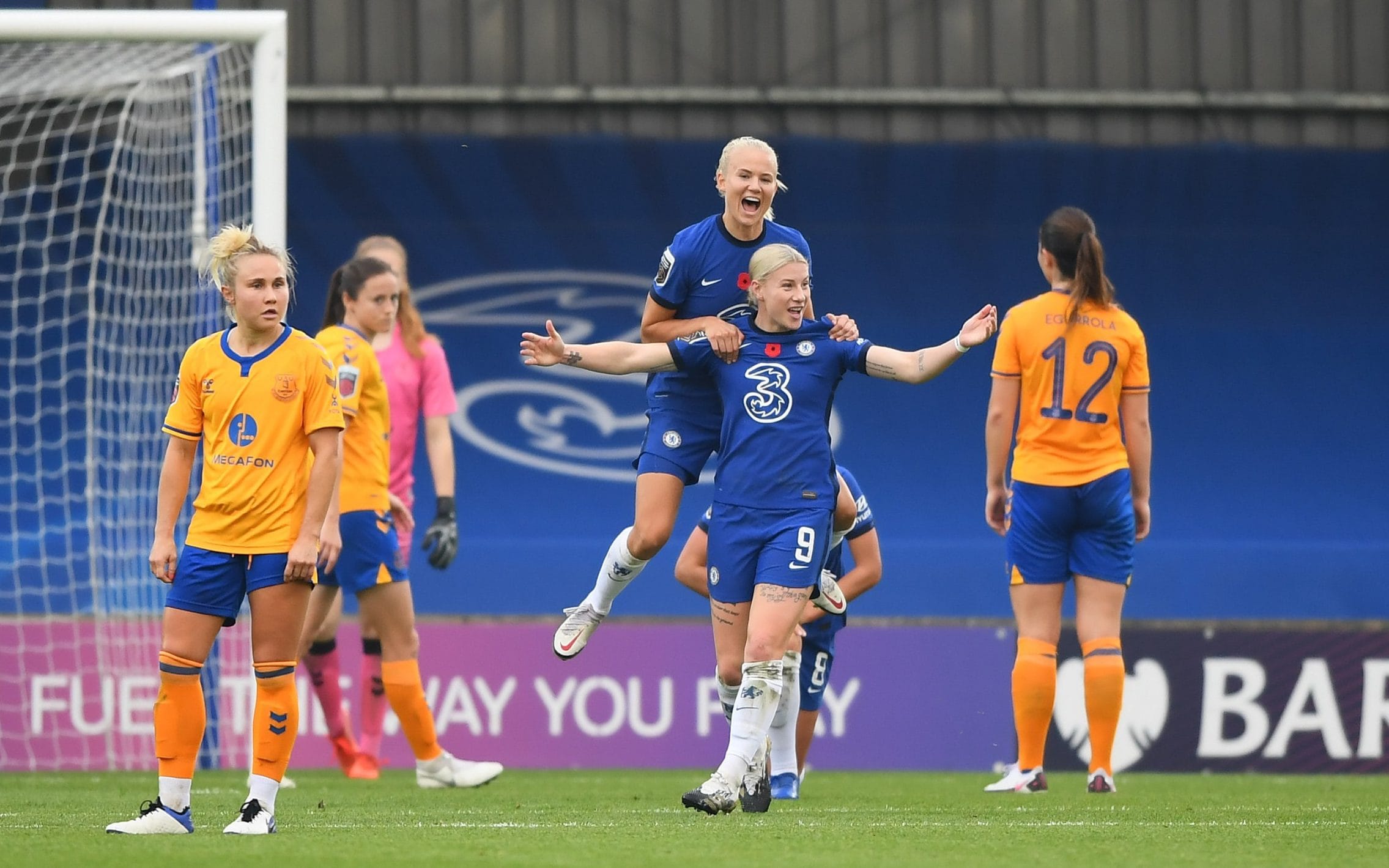 Kirk indicated he might add to his squad come January, but insisted the injuries did not “have any bearing on the game”.

“We’ve got more depth than we had last season, but this is a long-term journey,” Kirk said post-match. “Emma’s been building over eight years, she’s got herself in a position where she’s bringing Sam Kerr off the bench. You look at Manchester City last week, bringing Georgia Stanway off of the bench – we’re working towards that.

“Valerie is our top goalscorer and Lucy is your captain for a reason, but we brought in internationals Claire Emslie and Simone Magill – that is a sign of progression. Nobody will be able to convince me that was a 4-0 game, it’s a bump in the road albeit a very, very sore bump.”

Their high-tempo start did fluster Chelsea at first, and caught goalkeeper Ann-Katrin Berger off guard. Her clearance out near her right-hand corner flag played straight to Everton’s Damaris Egurrola’s feet, leaving Berger scrambling to return to the exposed Chelsea goal.

Luckily, Egurrola’s shot went wide and minutes later an Everton goalkeeping error helped Chelsea open the scoring at 16 minutes. Sandy MacIver, player of the match at Wembley seven days ago, made key saves throughout, but her nervy clearance was blocked by England and Ji picked up the rebound, controlling it neatly on her chest before volleying into goal.

Everton kept themselves in the first half, Izzy Christiansen sneaking between Chelsea’s centre-backs to create their best chance, but come the second period Chelsea ramped up the intensity.

It culminated in England’s goals. Harder nut-megged Everton defender Megan Finnigan, passing through to Melanie Leupolz who spun and back-heeled the ball towards England in the box, so all she needed to do was slot it home. A minute later she got her second, bundling a header over the line from a loose ball.

England was agonisingly close to a three-minute hat trick, her diving header going just wide, but did get her second assist for the fourth goal, which Harder fired into the top corner.

England’s player of the match performance was a major boost after struggling to cement her spot in the starting XI this season. Hayes was keen not to over-praise her post-match though: “I’m happy for her but my job is to win games of football, not to make my players happy. It’s up to Beth to make sure that today is the start of another unbelievable run – all I’m interested in is how she performs on Wednesday at training.”