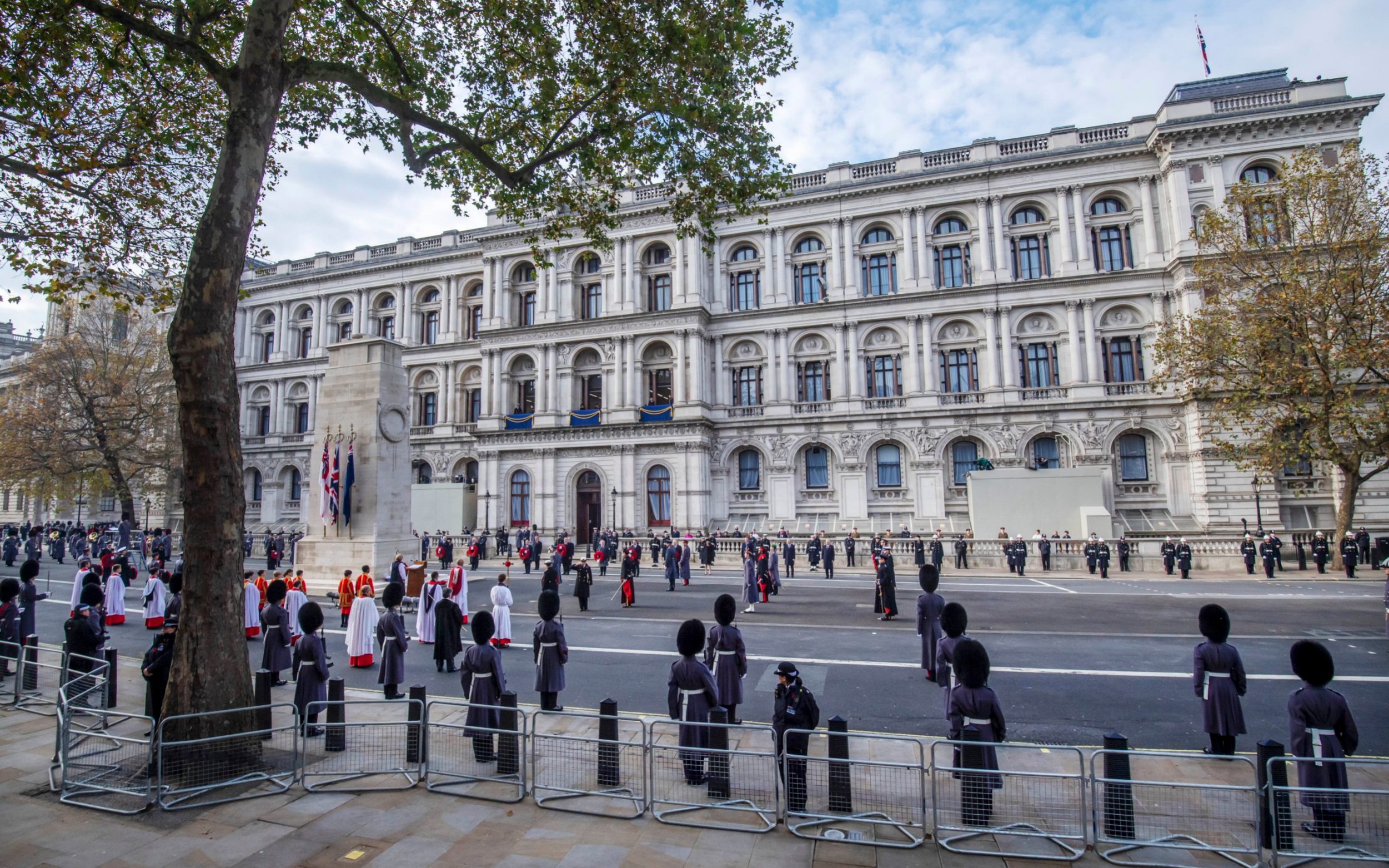 Across the country, the attendance at local war memorials was scaled back, with the Royal British Legion advising the public to commemorate remotely by displaying a poppy in their window or observing the silence on their doorstep.

Defence Secretary Ben Wallace said with growing Covid infection rates it was important the “balance” was “right” when asked about remembrance events staged with reduced numbers.

Speaking about the importance of the day, he added: “If we don’t learn from our history we are always destined to repeat the failures in the future.

“Fundamentally remembering why people gave their lives to this country, to our values, and to helping those around the world who couldn’t help themselves – that’s important to never forget.

“Right now, as we speak, thousands of men and women of the Armed Forces are helping the country’s resilience fight (against) Covid, they are in Liverpool in their thousands – that’s important for us to remember the troops are our backbone.

“These are the people that give Britain its strength, its security and are acting in all our interests. So, today is an opportunity to mark the contribution to Covid, but also remember all those that have gone before making sure Britain is a safe and stable country whose values are wanted all around the world.”

In recent years the Queen has watched the ceremony from a balcony of the Foreign, Commonwealth and Development Office building overlooking the Cenotaph, which celebrates its centenary this year.

As the first chimes of Big Ben marking 11am rung out across a peaceful Whitehall in central London, all attending fell silent and stood still for two minutes.

Then, under grey skies, her son and heir carefully placed her floral tribute to the fallen at the base of the memorial, designed by Sir Edwin Lutyens and unveiled by the Queen’s grandfather George V on Armistice Day, November 11 1920.

Behind Charles were stood senior royals including the Duke of Cambridge, Princess Royal and Earl of Wessex, who would soon lay their wreaths and nearby was Prime Minister Boris Johnson with his predecessors Sir John Major, Tony Blair and Theresa May – all standing two metres apart.