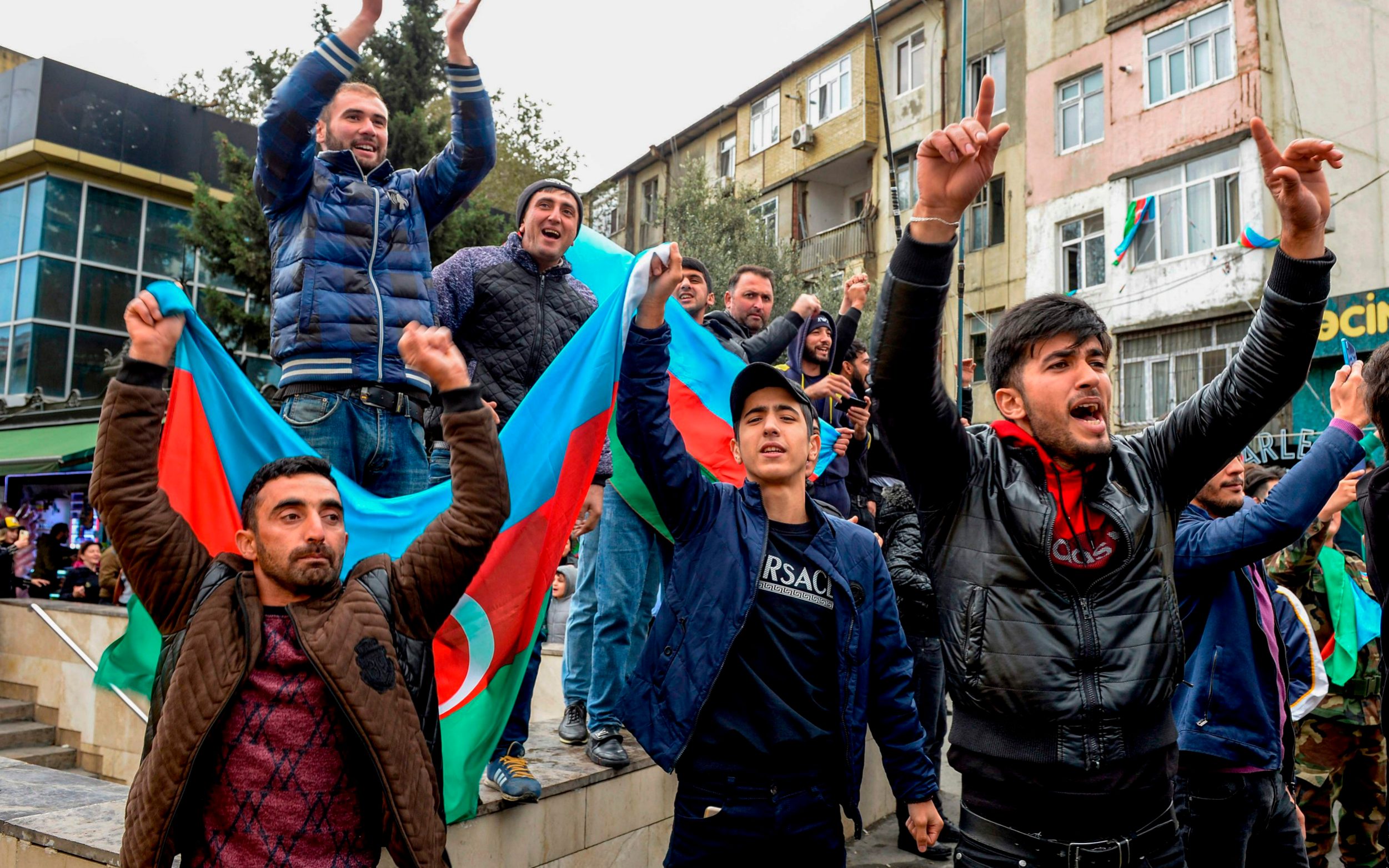 Azeris celebrated on the streets of Baku after President Ilham Aliyev said his country’s forces had taken Shusha, the second-largest city in the Nagorno-Karabakh enclave, but Armenian officials denied the city had been captured.

Shusha, which Armenians call Shushi, is of cultural and strategic importance to both sides and is located 15 km (9 miles) south of the enclave’s largest city Stepanakert.

At least 1,000 people have died in nearly six weeks of fighting in and around Nagorno-Karabakh, a mountainous enclave internationally recognised as part of Azerbaijan but populated and controlled by ethnic Armenians.

“(This day) will become a great day in the history of Azerbaijan,” Mr Aliyev said, announcing that Baku’s troops had taken Shusha.

In Baku, Azeris gathered in large numbers to celebrate, waving flags and chanting slogans, while drivers sounded their car horns.

“Shushi remains an unattainable pipe dream for Azerbaijan. Despite heavy destruction, the fortress city withstands the blows of the enemy,” the Nagorno-Karabakh Rescue Service said.