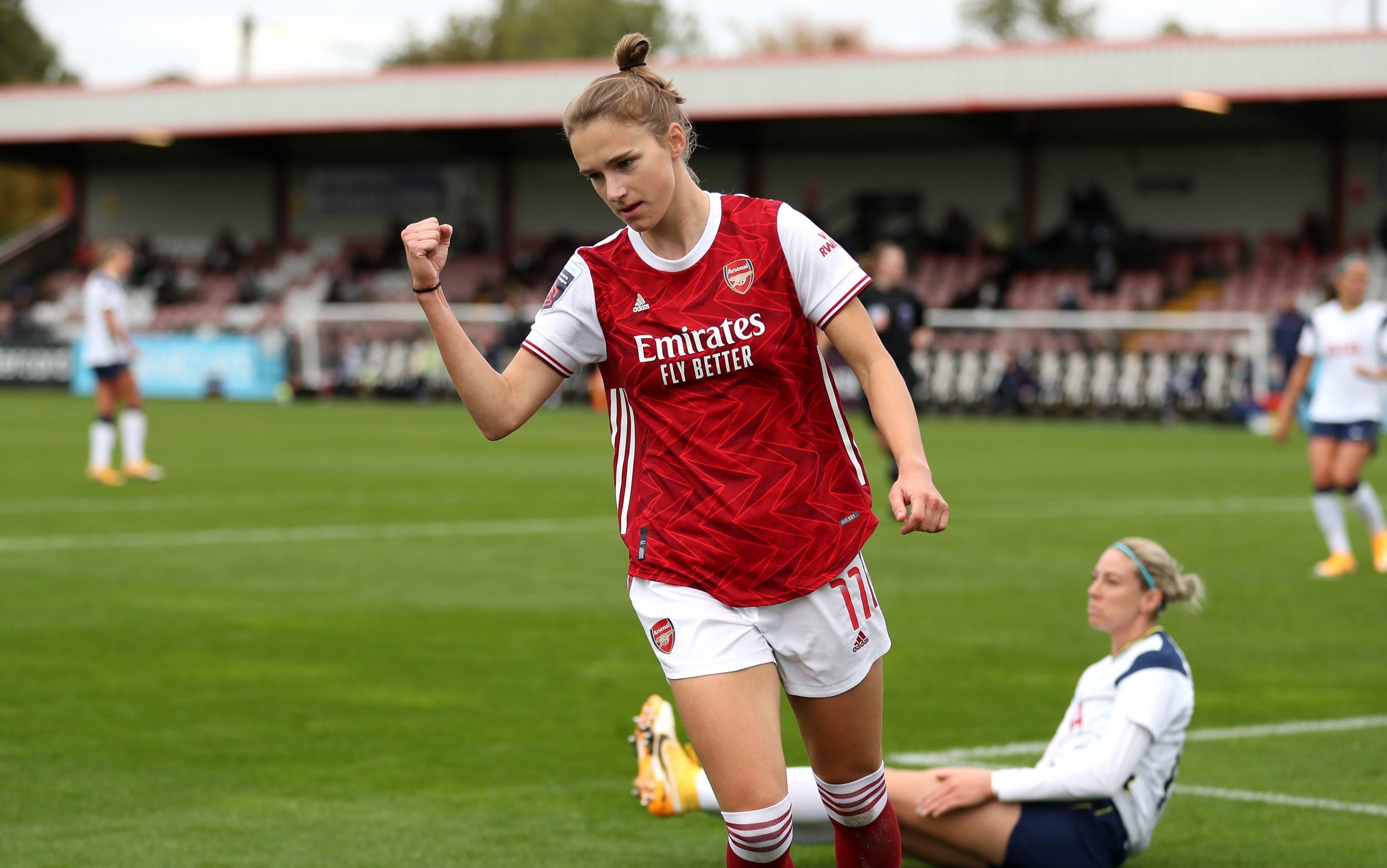 Danielle van de Donk, who assisted Miedema’s opening goal, was delighted for her team-mate, but there was one issue. “Viv doesn’t laugh enough during the day,” she said when asked if there was something that Miedema could not do. “I was the one to give the assist and she scored, and I saw her laughing a little bit … but that only lasted about three seconds. And then it was over. Oh well.”

Behind Miedema and Parris with most WSL goals sits Manchester City and England’s Ellen White, who has scored 48 in 104 games and recently praised Miedema’s achievement.

“She has come into the league and [racked up] phenomenal stats for Arsenal. She is still quite young and has got many years in front of her. It’s an incredible achievement – and definitely one I’m chasing.”

Breaking records for Miedema is nothing new. Last summer, aged 22, she became the Holland’s most prolific scorer with 60 goals. Now with 69 goals in 89 appearances for the national side, she holds the record across both men’s and women’s teams.

Her qualities on and off the pitch have won her the respect and admiration of many – including Arsenal and England legend Kelly Smith, who scored 125 goals in 114 appearances for Arsenal and a record 46 in 117 for the Lionesses. “As an Arsenal fan, I’m just pleased she’s at the club,” Smith said. “I’ve met her a few times; she’s very humble, and she’s a brilliant talent.

“She is certainly proving to be one of the best strikers in the world. And at the rate at which she is going, she will become one of, if not the best striker in the game in terms of her goal tallies and the different types of goals that she scores.

“She’s a typical No 9, but she can also drop deep into the No 10 role and be a playmaker. There’s a lot more to her game than just staying up front being served the ball. It’s not just her goalscoring ability that is go good right now; her assist rate and link-up play with her team-mates is just exceptional.”