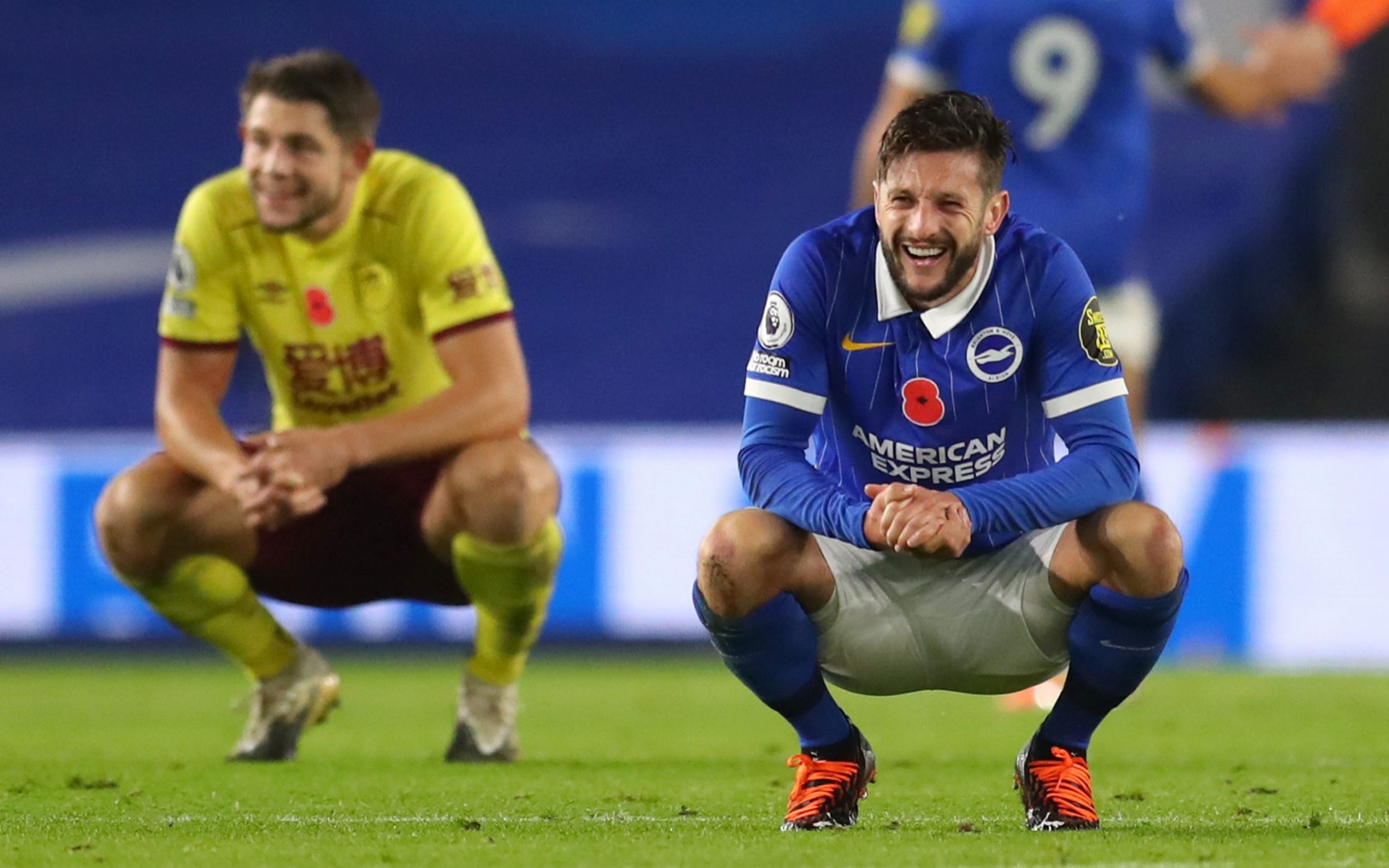 It was never going to be an encounter for the connoisseur, but as Brighton and Hove Albion and Burnley stumbled to stalemate, even those low expectations proved overly optimistic. An evening which produced barely a chance worthy of the term, ended with both teams avoiding defeat, but too much more in this vein and they will be meeting in next season’s Championship.

Still, there were positives. Brighton had most of the territory, most of the possession, almost all the attacking intent and in former Chelsea trainee Tariq Lamptey, the evening’s sole swashbuckler. He ran himself ragged, running hither and thither where the mood took him, although nominally a full-back. His team-mates were unwilling or ­unable to tune themselves in to his wavelength. “You’ve got to score,” Graham Potter, the Brighton manager, said. “That was the only thing missing from our performance. We restricted Burnley to pretty much nothing. We had chances. Performance-wise, I’m really happy. We’re always looking to improve. It’s disappointing to only get one point.”

Burnley, meanwhile, may have completed another game without calling the opposition goalkeeper into meaningful action, but they defended as if their careers depended on it, and for all their lack of quality, their spirit remains ­buoyant.

The portents hardly promised a free-flowing bonanza. Brighton still have one league victory to their name, while Burnley are without one at all as they endure their worst start to a season.

Potter restored Neal Maupay, dropped for Sunday’s defeat at Tottenham after a training ground incident and goalkeeper Mat Ryan, but both Solly March and Leandro Trossard ben had picked up injuries, as had Burnley’s former Brighton midfielder Dale Stephens, although their captain had recovered to make his first appearance of the season.

When two teams low on confidence and points meet, playing each other can bring succour. Rather than playing themselves into some semblance of confidence, Brighton almost seized the day seconds after kick-off when the rusty Ben Mee slipped. Danny Welbeck – making his first Brighton start – cut in and crossed for the onrushing Lamptey to blaze over the open goal.