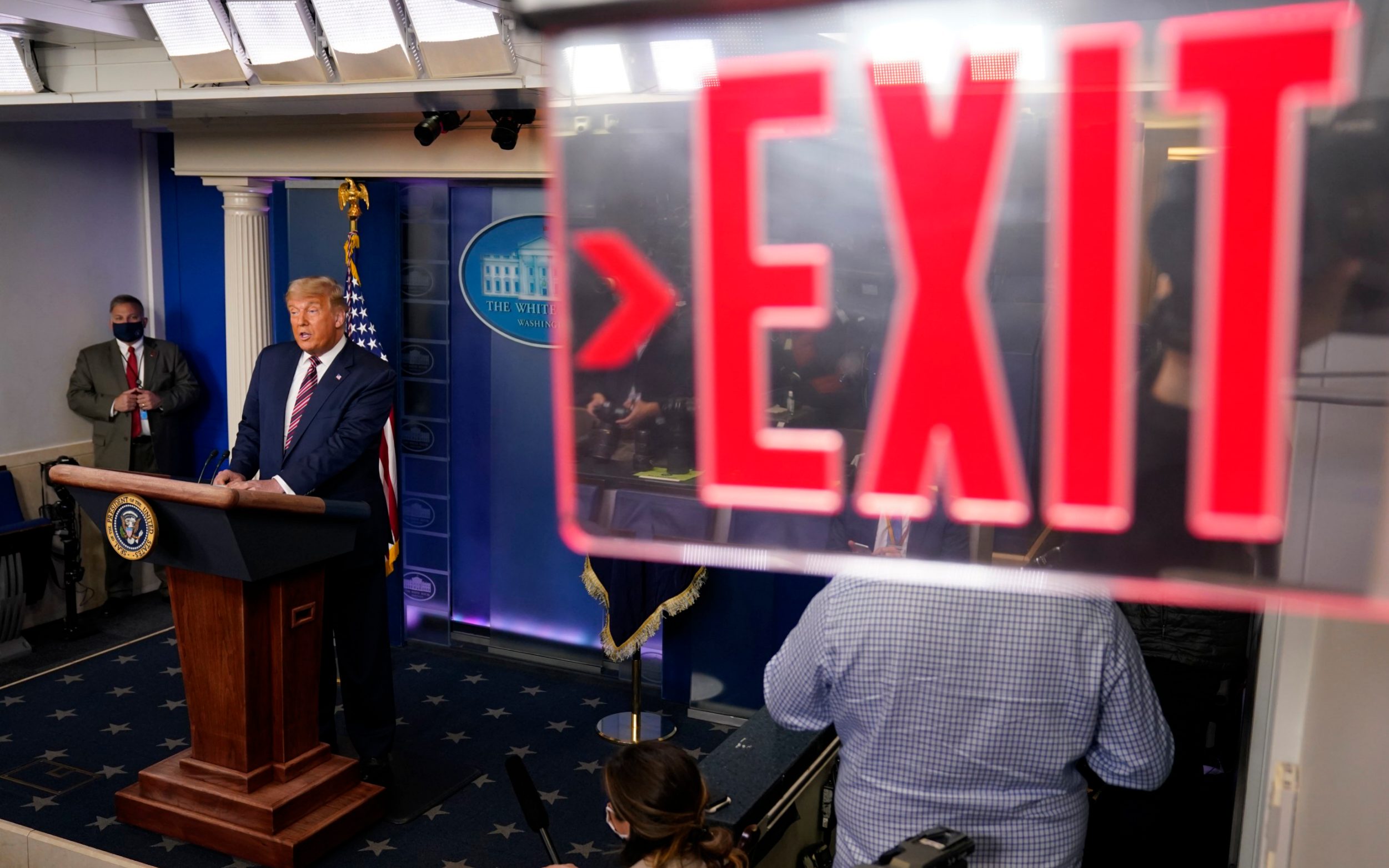 Joe Biden ahead in Pennsylvania and Georgia counts

A declaration seems to be imminent. Democratic nominee Joe Biden has taken the lead in both Pennsylvania and Georgia, two key states vital in the final push to win the US presidential election. Winning Pennsylvania would push Mr Biden beyond the 270 electoral votes needed in the race for the White House. But, the race is by no means over: votes still need to be counted in both states, and the advantages in Pennsylvania and Georgia are both razor thin. Yet Nancy Pelosi, the Speaker of the House of Representatives, felt emboldened enough by the latest news from the vote counts to describe Mr Biden as the “president elect”. Our liveblog will have the latest throughout the night. Click here for a roundup of what is happening with lawsuits, postal votes and recounts.

It comes after several major US TV networks chose to cut away from a live speech made by President Donald Trump from the White House, as he claimed yet again – without evidence – that the election was being stolen from him. Watch as news anchors intervened to correct the President’s false statements. Patrick O’Flynn says Mr Trump’s tragic final act plays into the hands of his loathing liberal critics. With Arizona set to turn from Republican to Democrat, Laurence Dodds in Phoenix identifies the chilling effect that gave the red state a dose of the blues.

The peak of the second wave is likely to have passed already, scientists have declared, further undermining the decision to enter a national lockdown. The most up-to-date infection survey estimates that the number of new symptomatic cases was decreasing last week. Read on for details of the King’s College London symptom study. This is supported by new data from the Office for National Statistics, which suggests the rate of coronavirus infections across England and Wales appears to be slowing down. Meanwhile, Downing Street has acknowledged it made “a mistake” in official forecasts predicting the second wave would be more deadly than the first, following The Telegraph’s exclusive story this morning. Read on for the potential exit strategies from Covid lockdown.

Geoffrey Palmer, the actor best know for his roles in As Time Goes By and The Fall and Rise of Reginald Perrin, has died aged 93. He died peacefully at home on Thursday, his agent said. Palmer’s acting credits include the Bond film Tomorrow Never Dies, Doctor Who and the sitcom Butterflies. He frequently acted alongside Dame Judi Dench, notably in the 1997 costume drama Mrs Brown. Read his Telegraph obituary.

Manchester bombing | The parents of suicide bomber Salman Abedi are among six people detectives want to question over the Manchester Arena bombing, a legal ruling has revealed. Abedi’s father is wanted for questioning after his fingerprints were found inside a Nissan Micra car which the brothers used to store explosives. Read on for details.

Saudi Arabia has announced it will allow foreign workers to leave the country and change jobs without their employer’s permission as part of significant reforms to its controversial “kafala” labour system. The oil-rich Kingdom, and other Gulf states, rely on the so-called kafala system to support the construction and hospitality industries, but have faced repeated accusations of mistreating workers. Read on for details.

Nigel Pearson’s year of hell: From sacking to contracting Covid