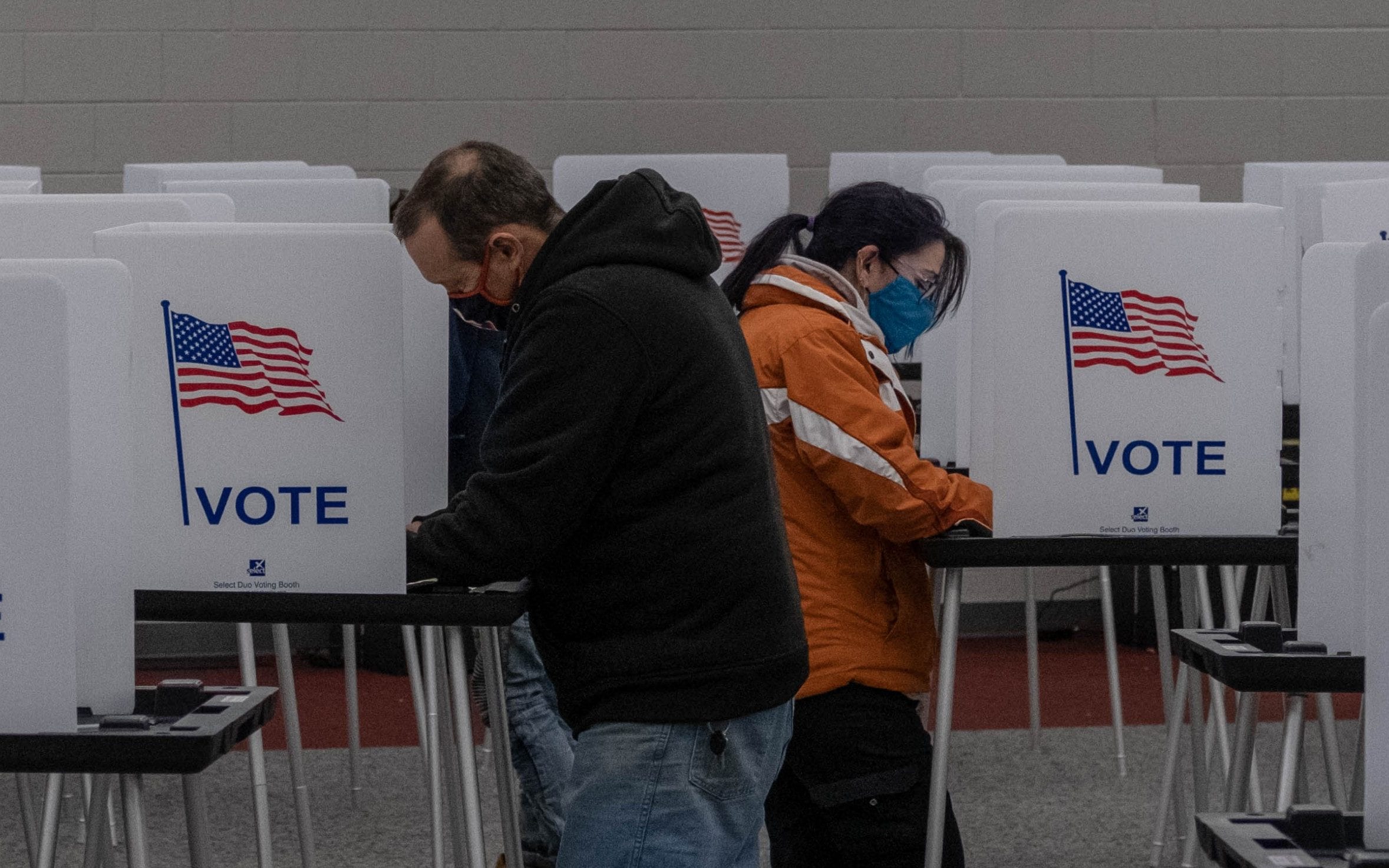 The flip from red back to blue was a huge blow to Mr Trump, whose victories in Michigan, Wisconsin and Pennsylvania in 2016 sent him to the White House.

Mr Biden’s victory in Michigan pushes him to 264 Electoral College votes, six short of the 270 needed to win the White House.

Mr Trump is at 214 electoral votes. Nevada, which has six electoral votes, is among the states Democrat Hillary Clinton won in 2016 that hasn’t yet been called.

Mr Biden’s campaign had particularly focused on turning out black voters in Detroit, who failed to show up for Democrat Hillary Clinton in the numbers that Barack Obama received during his two presidential bids.

Despite needing to win Michigan, Mr Trump took frequent swipes at the state’s Democratic governor, Gretchen Whitmer, who was the target of an alleged kidnapping plot that was foiled by federal law enforcement.

Chants of “Lock her up!” towards Ms Whitmer echoed at Mr Trump’s rally, and he railed against the governor on Twitter for her cautious approach to the coronavirus pandemic.

Mr Trump’s campaign filed a lawsuit on Wednesday afternoon seeking to halt ballot counting in Michigan until representatives can observe the process.

Campaign manager Bill Stepien alleged in a statement that campaign representatives had been denied “meaningful access” to ballot counting locations.

Mr Trump took an early lead in the “blue wall” states of Michigan, Wisconsin and Pennsylvania, but much of that has been built on Republican-heavy Election Day voting. The counting of mail-in ballots in all three states is expected to take hours or days.

On Saturday Barack Obama and Joe Biden took to the stage at a drive-in rally at Northwestern high school on the outskirts of Flint, Michigan, a struggling former car manufacturing hub known as “Vehicle City”.

But due to Mr Biden’s Covid-safe campaign, only 179 cars were admitted to see Mr Obama speak in Flint, and no undecided voters.

Hillary Clinton won the heavily Democratic Genesee County, which includes Flint, but there was a swing of nearly 20 percentage points to Mr Trump as disgruntled former manufacturing workers switched sides. That Genesee County swing alone was enough to give Michigan to Mr Trump.

The Democrat vice president of Flint City Council in Michigan announced he was endorsing the president.