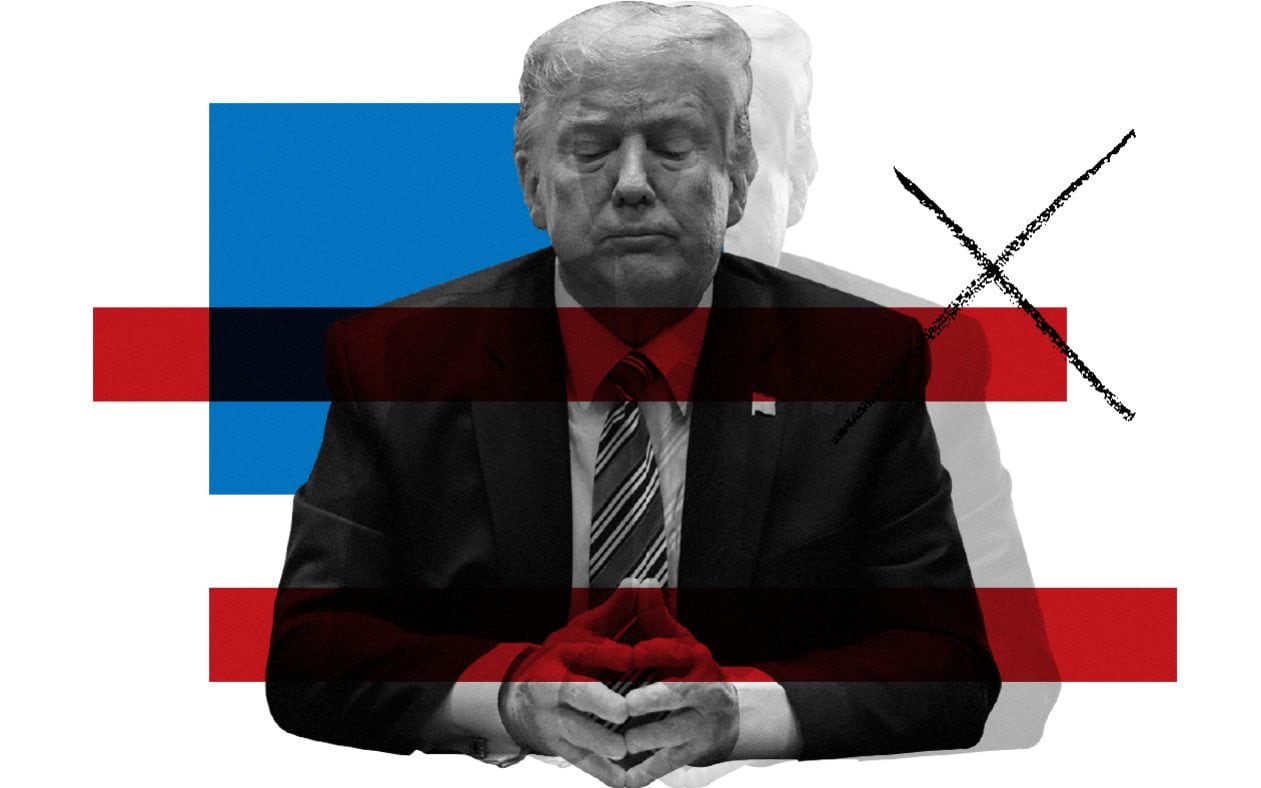 In near-daily tweets, interviews and speeches, he has, for months, been making allegations about mail-in voting leading to massive election fraud.

Democrats – and even some Republicans – say he is making these allegations, despite producing no evidence, to undermine confidence in the election results in case he loses. His campaign team sued to stop an expansion in Pennsylvania this month.

“You have to wonder to what extent any of the players … are trying to use delay as a tactical advantage or chaos,” said Ned Foley, the director of election law at the Moritz College of Law at Ohio State University.

Mr Trump argues that mail-in ballots are vulnerable to fraud. Critics claim he sees them as more likely to result in Democratic votes, though the evidence is mixed on that point. Some see the laying of the groundwork for questioning the result.

Norman Ornstein, a scholar with the American Enterprise Institute think tank and a member of the National Task Force on Election Crises, another bipartisan body doing worst-case election planning, is concerned about the timings of result declarations.

Normally, states have maybe four or five per cent of their electorate voting by mail, Mr Ornstein said, but this year that figure could be closer to 20 per cent.

“We may have election results that don’t come in for a week, 10 days or more after the election because it takes so long to count them,” he said. “We know that the president wouldn’t hesitate if he lost under those circumstances to cry foul and say the election was rigged.”

The delayed counts could add to the confusion. One fear is that the media could call a state one way on election night, only to backtrack and hand it to the other candidate after postal ballots are counted, fuelling conspiracies.

Another possibility is that Mr Trump could call on states to stop counting postal ballots because they were illegitimate – something he came near to doing in one close race during the 2018 midterm elections.

“The Florida election should be called in favor of Rick Scott and Ron DeSantis in that large numbers of new ballots showed up out of nowhere,” Mr Trump said then, name-checking the Republican candidates for the Senate and governorship as counting continued. He claimed “an honest vote count is no longer possible”.

Preparing ‘for the unthinkable’

Some have already turned to lawyers for advice. Mr Coleman, the ex-Republican congressman, was so concerned that he contacted a leading constitutional scholar about the mechanism for forcibly removing Mr Trump from office.

“For over 200 years, the above have probably never been thought about,” the scholar wrote back, according to Mr Coleman.

“But we do not live in normal times, and Trump is certainly not a normal president. We must be prepared for the unthinkable.”

One sitting Republican warned that, with postal vote changes, coronavirus and the recent civil unrest, there was “a witches’ brew of uncertainty” around the election. “I fully anticipate there will be legal challenges all over the place, just like there was in 2000,” he said.

In the end, none of this may come to pass. Mr Trump may win comfortably and carry on to a second term. Mr Biden could win comfortably – as poll lead suggests he could – and the president may leave office without protest.

Even so, the team behind the war games see value in their work. They hope to share their learnings from the exercises with decision-makers in the election process such as state governors, voting administrators and broadcast bosses.

“The purpose of these exercises isn’t just to give people nightmares about the dissolution of America but to make sure this doesn’t happen,” said Ms Brooks, who co-founded the Transition Integrity Project.

“The hope was that these exercises could prevent these catastrophic outcomes.”

We will find out very soon if that has proven to be correct.