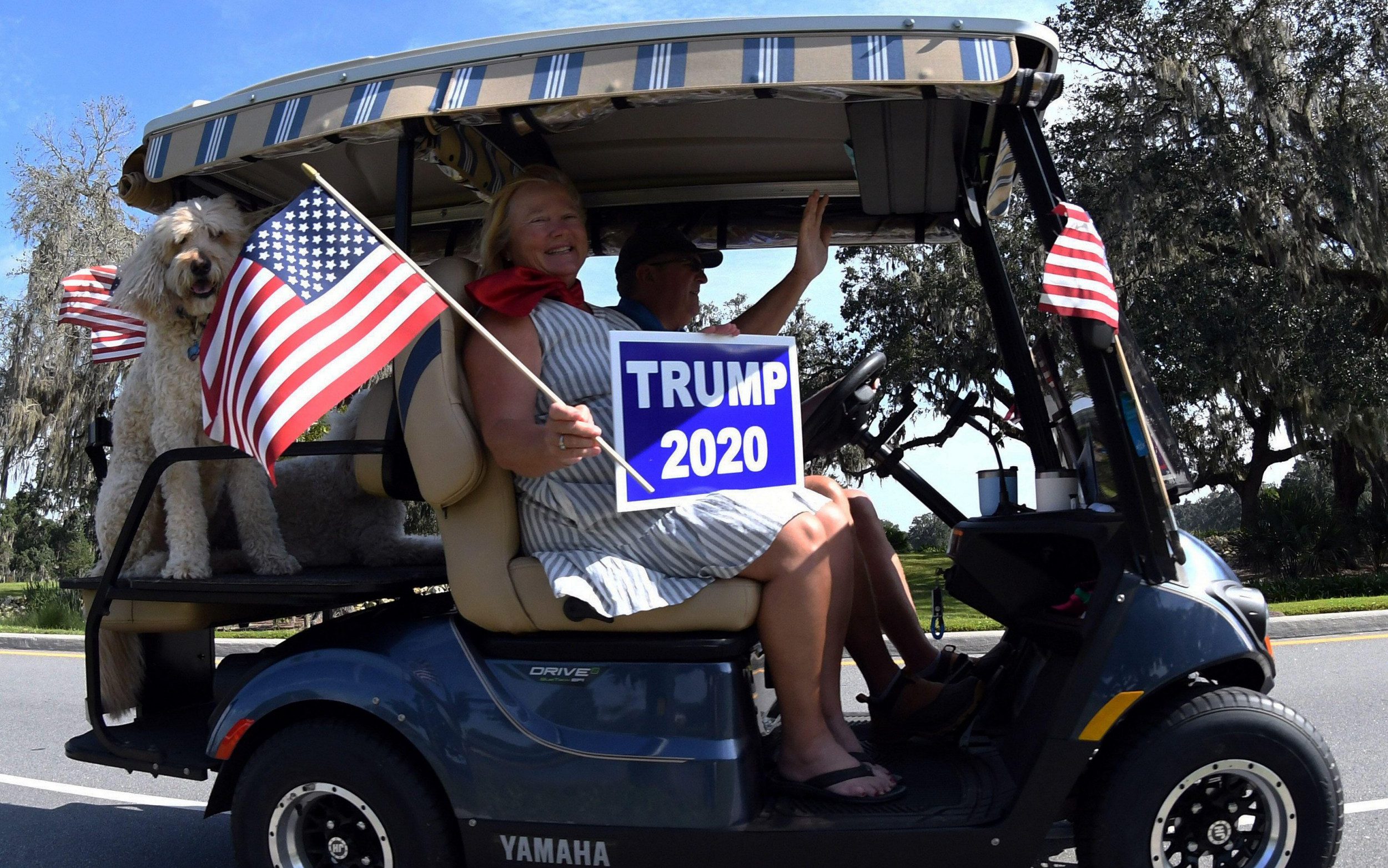 Election day has one certainty: the count in Florida is exceptionally close.

Of the four states with the largest number of electoral votes, New York and California are an easy win for the Democrats, while Texas traditionally backs the Republican party.

Florida, with 29 votes, is the least predictable of them all, thanks to its geographic size, rapid population growth and sprawling diversity.

All polls in Florida have now closed, and votes are being counted but the state remains too close to call with President Trump and Mr Biden virtually neck-and-neck.

At a Democratic watch party in Miami, Joe Biden supporters dropped to the floor in delight when early projections showed Mr Biden enjoying an initial lead in the Sunshine State.

Early returns showed Mr Biden with a two per cent advantage, but there are a significant number of ballots yet to be counted.

In Miami-Dade County, the most populous county in the state, with more than 80 per cent of the votes counted, Mr Biden appears to be leading Mr Trump according to NBC. However, the figures are far short of the huge margin Mr Biden had hoped for, and on the basis of county-level data he is underperforming Hillary Clinton in this key county.

Miami is a heavily Democratic city but Mr Trump had hoped to eat into Mr Biden’s majority here by increasing his support with the area’s large Hispanic community. Early indicators are that Mr Trump has done just that, particularly in the city’s majority Cuban-American communities. He is also doing much better in majority African American areas than in 2016.

Although the state is one of the most complicated regions in the United States, it can broadly be divided by north and south.

While its populous urban areas in the south vote blue, its northern stretch votes red. The middle, stretching between Orlando and Tampa, could go either way.

Often, the divide between the two is so tight it is hard to call – but it can be hugely important for the outcome of the election.

Read more: What are the key swing states?