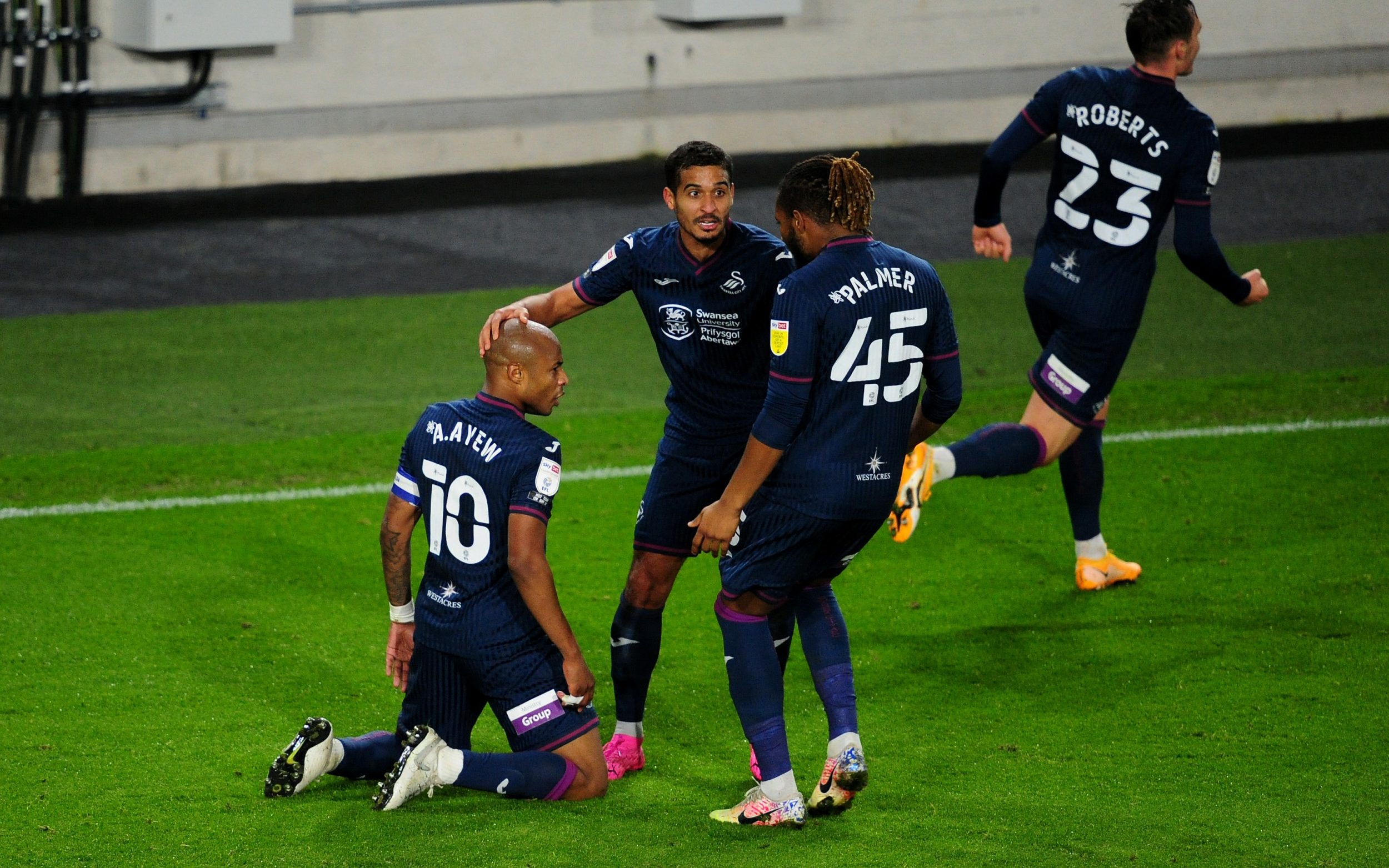 A draw which satisfied everyone and nobody. An on-the-surface impressive away point kept Swansea City in second place in the Championship, but their dominance deserved a more substantial reward.

“I’m very disappointed,” said Swansea head coach Steve Cooper who was forced to re-shuffle before kick-off when Ben Cabango pulled his hamstring during the warm-up, giving Kyle Naughton a rare start. “We were miles the better team, we created all the chances, we were excellent. And we’ve still not won.”

Brentford, meanwhile, failed to win at home and to hang on to a lead. Patchiness is becoming a habit. Appearing before the Sky cameras, Brentford took the marketing opportunity to play in their new, all-white third kit. For all Ivan Toney’s goalscoring pyrotechnics, they still seem unsure of how to compensate for the loss of Ollie Watkins and Said Benrahma.

“If I thought so, I wouldn’t say it, but I don’t,” said head coach Thomas Frank. “Our performances are consistent, but tonight we were average, so a draw was fair. Would I like four more points? Yes. Will it happen for us? Yes.”