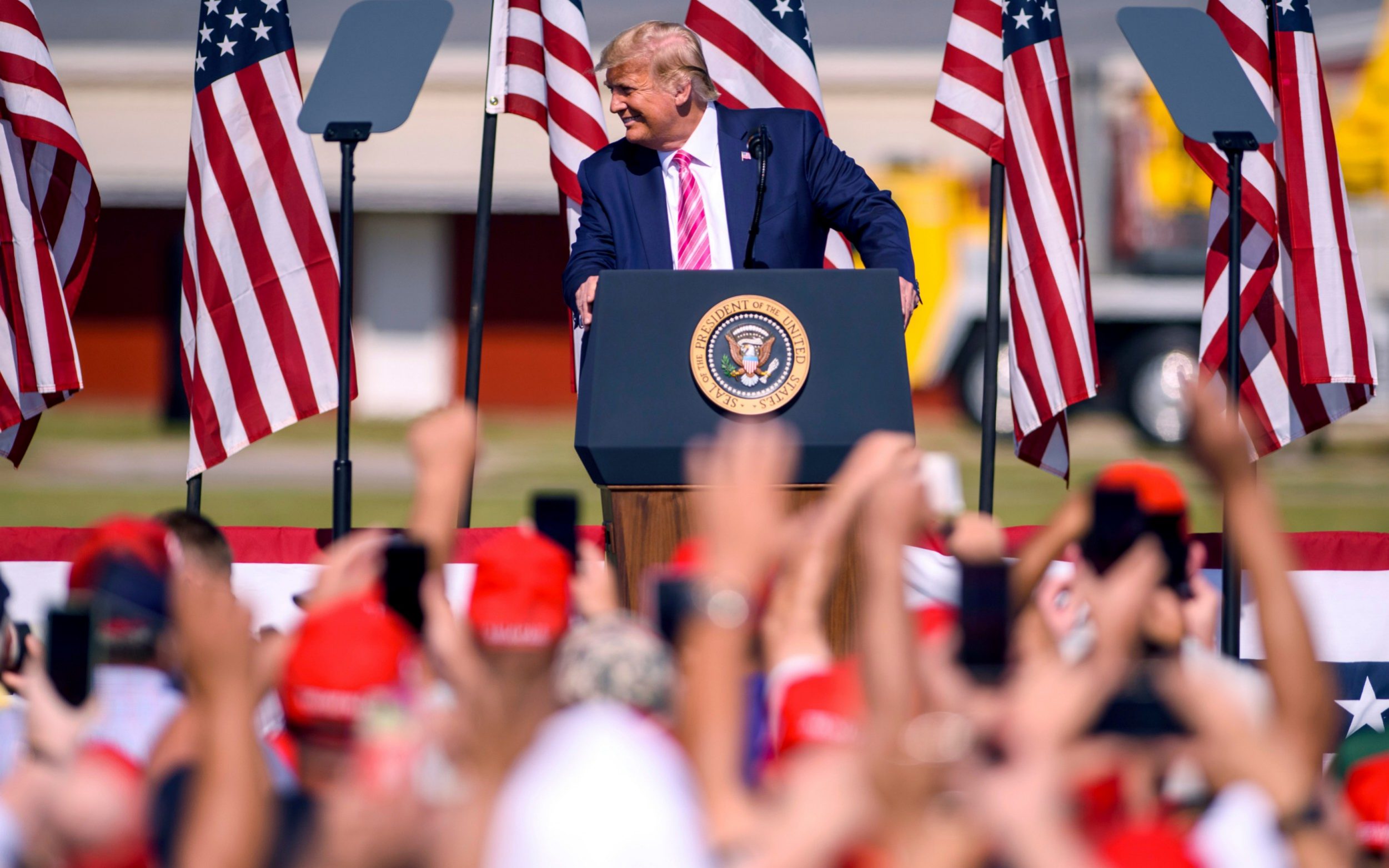 But educated, suburban voters have been drifting away from Mr Trump, according to polls, particularly over his handling of the coronavirus pandemic.

A total of 262,000 North Carolinians have caught the coronavirus, the seventh highest toll for any state during the pandemic. Furthermore, the suburban population of North Carolina has grown by one million people since 2016, according to Politico, handing Mr Biden a significant numerical boost in the area he needs to win.

However, Mr Biden will also need to draw the African-American vote, as Mr Obama did in 2008 when he took the state. Kamala Harris, the vice-president on Mr Biden’s ticket, has been campaigning in North Carolina, in an attempt to court the black vote.

“This particular year, it has to be a focus because the Republican Party has made such an effort – not in a positive manner – an effort to court or depress the black vote,” state House Democratic Leader Robert Reives told Politico. “I think there’s always a concern because there’s been such an effort to depress it.”

Mr Trump will be hoping to counteract this push from the Democrats by drawing on big support from rural counties. He won by 20 points in rural areas over Hillary Clinton in 2016 and will need that voter base to come out in force once again if he wants a second term.

The state is of great importance to Mr Trump. It is a traditionally right-leaning state, and it would represent a major coup for Mr Biden, were he able to take it. Statistical modelling by FiveThirtyEight shows that if Mr Biden wins, he has a 95 per cent chance of winning the White House.