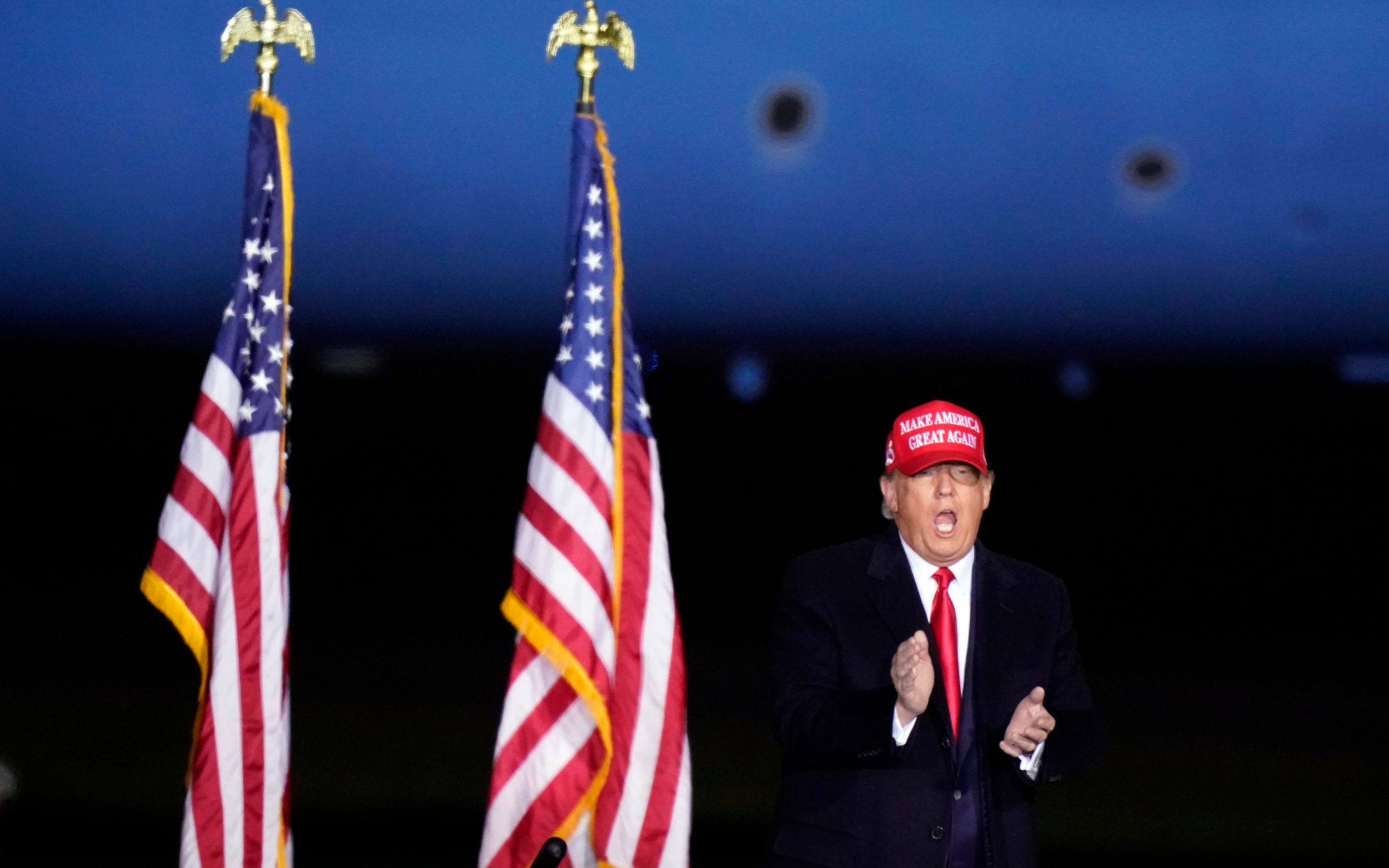 President Donald Trump cast doubt on the integrity of the US election again on Sunday, saying a vote count that stretched past Election Day would be a “terrible thing” and suggesting his lawyers might get involved.

With two days to go until Tuesday’s election and trailing Democratic rival Joe Biden in opinion polls, Mr Trump raced through battleground states in a late hunt for support, while Mr Biden implored attendees at two rallies in the pivotal state of Pennsylvania to get out and vote.

Americans have rushed to vote early, already casting nearly 60 million mail-in ballots that could take days or weeks to be counted in some states – meaning a winner might not be declared in the hours after polls close on Tuesday night.

“I don’t think it’s fair that we have to wait for a long period of time after the election,” Mr Trump told reporters before a rally in North Carolina. Some states, including Pennsylvania, do not start processing mail-in votes until Election Day, slowing the process.

Mr Trump has said repeatedly without evidence that mail-in votes are prone to fraud, although election experts say that is rare in US elections. Mail voting is a long-standing feature of American elections, and about one in four ballots was cast that way in 2016.