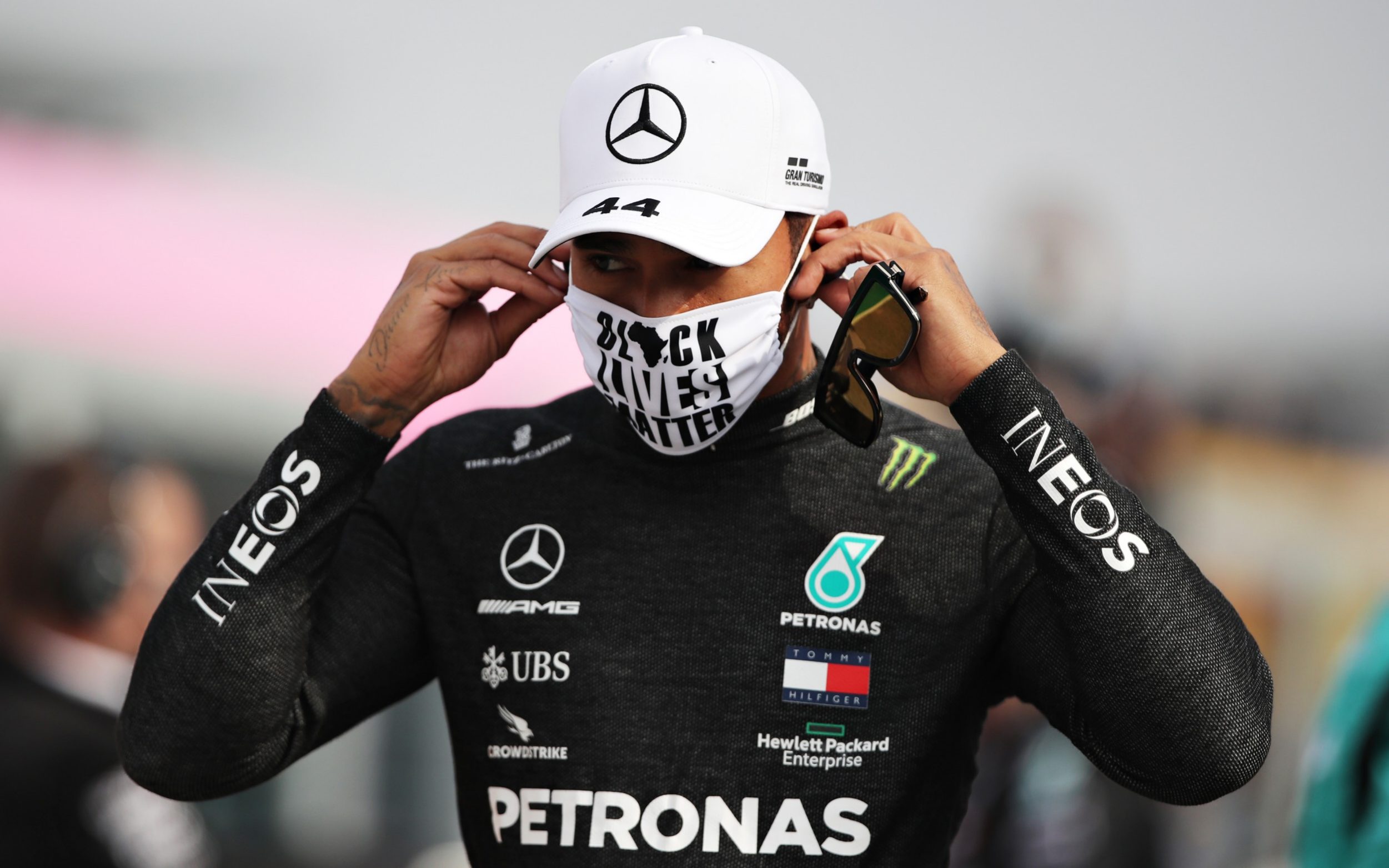 Lewis Hamilton claimed he could quit Formula One at the end of the year after winning Sunday’s Emilia Romagna Grand Prix.

Hamilton, 35, whose Mercedes contract expires next month, is on the brink of securing a record-equalling seventh world championship.

His victory on the sport’s return to Imola after a 14-year hiatus took him 85 points clear in the standings with just 104 points available. The Briton will match Michael Schumacher’s all-time championship haul if he wins in Turkey on November 15.

But when pressed on Wolff’s plans for 2021, Hamilton said: “I don’t even know if I am going to be here next year so it is not really a concern for me at the moment.

“I would like to be, but there is no guarantee of that. There is a lot that excites me about Formula One’s afterlife.

“We are in November and Christmas is not that far away. I feel great, strong, and that I could go on for plenty of months, but Toto mentioned about shelf life and there are multiple things on the top of my mind.

“I have been here a long, long time and I can understand him wanting to pull back a little bit and give more time to his family.”

Only recently, Hamilton spoke about the possibility of continuing in the sport for another three years and it seems improbable he will walk away with a record-breaking eighth title likely to follow in 2021.

Nevertheless, it is curious that a new contract has not been agreed. Both Hamilton and Mercedes have claimed that formal discussions over a contract extension to his current £40 million-a-year deal are yet to start.

“I guess if Lewis decided to step out of Formula One, which I don’t think will happen, we are going to have a frantic driver market out there,” said Wolff, 48.