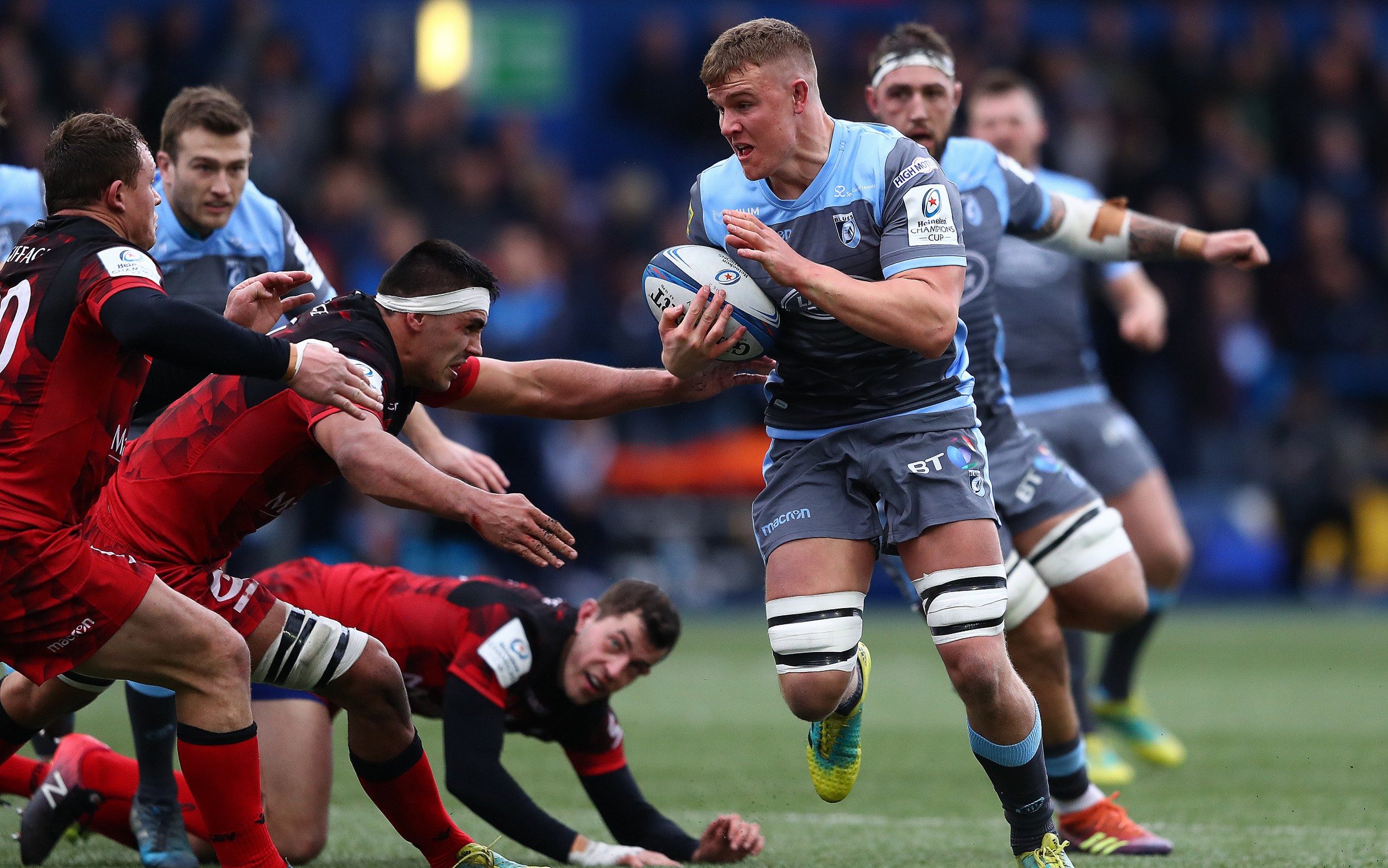 If the Wales head coach Wayne Pivac was looking to ease the pressure on uncapped Shane Lewis-Hughes ahead of his debut against Scotland, then billing him as a clone of Alun Wyn Jones was probably not the right approach to take.

Lewis-Hughes, to his credit, appears to be taking that complement and everything else in his stride, having only been called up by Wales for the first time last week. Pivac, eager to see Wales improve physically upfront, has turned to the 6ft 4in, almost 18 stone flanker from the Rhondda to give Wales more edge. Based on the 23-year-old’s gym sessions with Jones, his new mentor, Lewis-Hughes should be just fine. His nickname at Cardiff Blues – ‘Crazy’, on account on his work ethic and drive to get to the top – makes sense.

“In the gym we have been going hammer and tongs at each other – we both came out the other day and were exhausted and went into a rugby session. We said “I think we pushed each other a bit too hard there butt!” It’s been great just to be around him, see how he operates, his preparation, his focus. It’s inspiring,” Lewis-Hughes reveals.

“There’s no coincidence he is taking the all-time Test record on Saturday. You can only have massive respect for someone like that. The focus he has is absolutely incredible. It makes me realise I am normal – to have the focus I’ve got to be the best I can be. You can never be the best, or get to the level Alun has got to without having that mindset. His mind-set is incredible and he deserves all the accolades he has got and will get.”

News caps can often (understandably) keep their answers measured and impersonal. Lewis-Hughes, refreshingly, is not like that, describing his first taste of the game as a junior at Ferndale RFC which remains clear in his mind.

“I remember everything, the first session I went to. I just… without being cringey or corny, I had a feeling when I first touched the ball, passing the ball, everything in that session, I just had a feeling I did not want to let go. That’s driven me every single day, I absolutely love rugby. It’s something that has always been in my heart and means a massive amount to me, my family. I just hope I can make all my friends and family proud through rugby.”