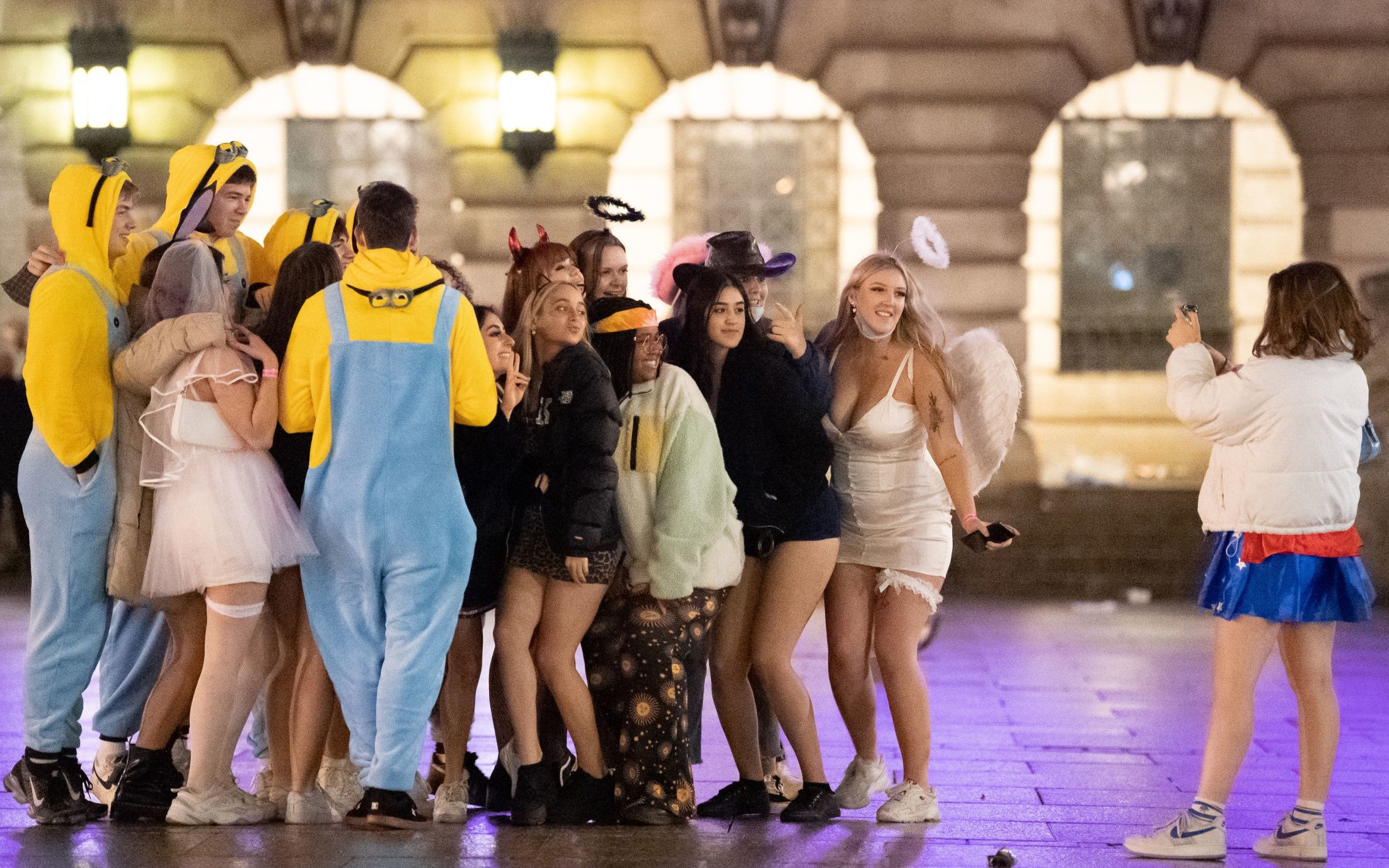 Tier 4 restrictions in England ‘not ruled out’ says Raab

Tier 4 restrictions will not be ruled out, a minister has said, as he warned the second wave is “serious”. Dominic Raab, the Foreign Secretary, said the Government is “always ready” to impose stricter measures on the population if deemed necessary. Mr Raab said: “We’re always ready for further measures that we can take.” His comments come after former deputy chief medical officer, Reverend Professor Gina Radford, said it was “very, very likely” England would go into a full lockdown. Click here for what the Tier 4 rules would be – and where would be affected. It comes as the reproduction “R” number of Covid-19 in Britain fell slightly for the second week in a row. Patrick O’Flynn analyses why the nation is heading into a second national lockdown by stealth.

Meanwhile, unprecedented images from France show 430 miles worth of tailbacks in and around the Ile-de-France region just a few hours before a national lockdown came in to effect. Parisians sought to escape staying at home in the capital, causing traffic in the city to hit record levels. Click here to watch overhead footage of the chaos on the roads.

Nobby Stiles, part of the England team which won the World Cup in 1966, has died aged 78 after a long illness. Stiles was also part of the Manchester United side which became the first English club to win the European Cup two years later, when they beat Benfica in the final at Wembley. Stiles was credited with playing a key role in neutralising the threat of Portuguese star Eusebio in the World Cup semi-final. In total he won 28 caps, the lowest number of any of the World Cup-winning side. Read on for tributes to the England and United hero and click here for the Telegraph obituary of the tough-tackling midfielder.

A man was trapped in a hole teeming with rats for half an hour after a New York City pavement collapsed underneath him. Leonard Shoulders dropped almost 15 feet into the sinkhole and was unable to cry for help out of fear the rats would get in his mouth. The victim had been waiting for a bus in the Bronx when the concrete cracked open and swallowed him whole. The 33-year-old was hospitalised with a broken leg and arm after firefighters worked to extradite him from the pit. You can watch video of the moment the pavement collapsed, leaving him “traumatised”.

Nice terror attack | A new photograph of the Tunisian man suspected of killing three people in the French city of Nice has been released. Brahim Aouissaoui can be seen smiling in Bari, an Italian port town, shortly after arriving via a migrant boat. Another of the three victims has been named as 44-year-old Brazilian mother of three Simone Barreto Silva. She was seriously wounded in the attack and managed to flee to a nearby bar, but died shortly after giving a final message to her children.

At least 12 people have been killed and 200 injured in Turkey and Greece after a powerful earthquake struck off the Aegean Sea island of Samos. The US Geological Survey said the 6.7 magnitude quake was registered 8.6 miles from the Greek town of Neon Karlovasion. Images show water rushing through the streets of Izmir after a sea surge. Read the latest.