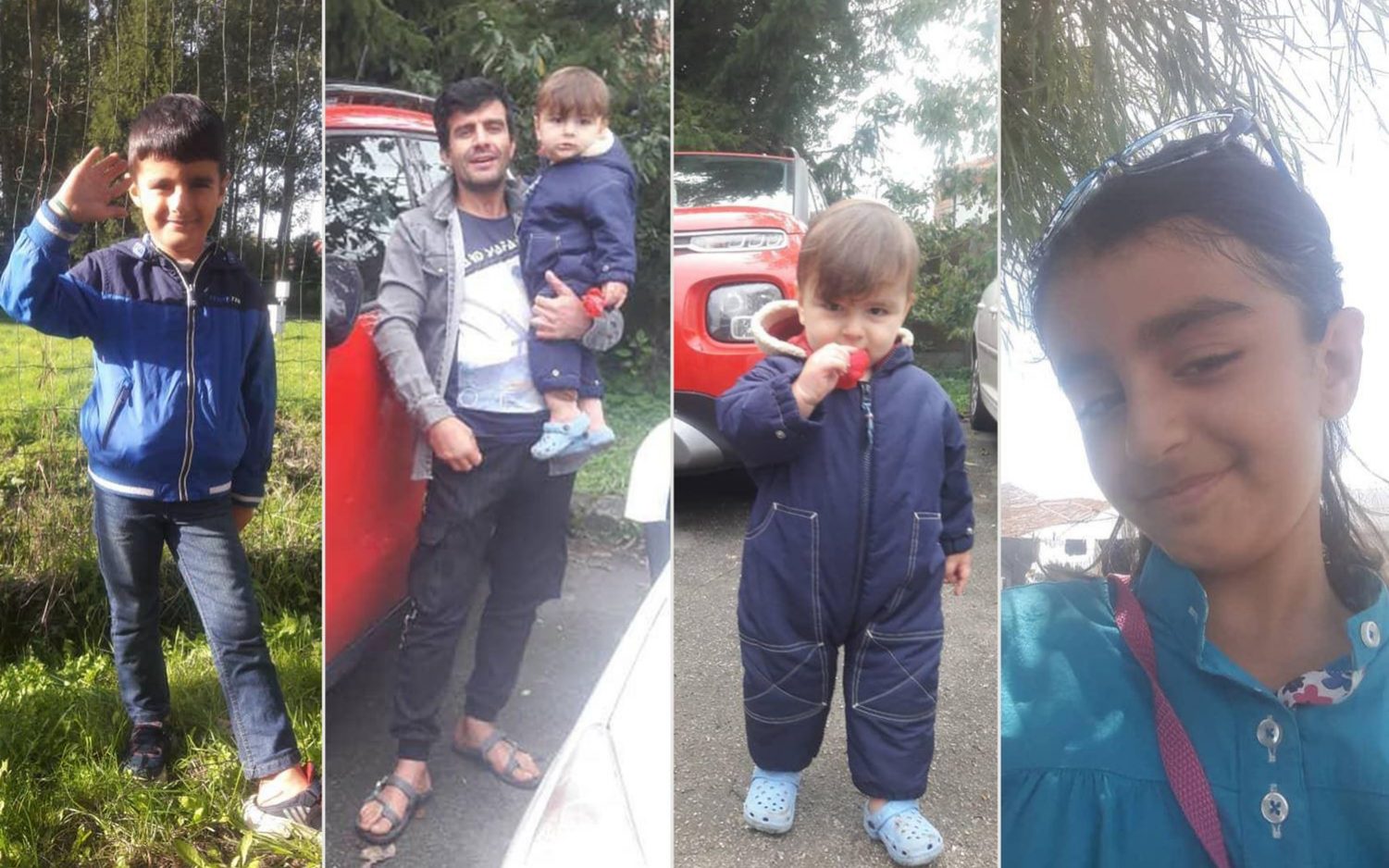 They had told fellow migrants that they hoped to join at least one family member already living in the UK. A brother of the deceased father said they had tried to talk him out of crossing the world’s busiest waterway with small children.

According to Khalil, the family had reached Italy from Turkey via boat before ending up in France after borrowing money from family members to pay for the trip.

“He told me that there were giant sea waves. He said: ‘If I knew it was this dangerous, I would have never tried it,'” Khalil said of his brother’s journey to Italy. He said his brother had initially decided to stay in Germany or Switzerland, “but I do not know why he changed his mind”.

French authorities, who have ruled out hope of finding any more survivors, initially said that four people, including two young children, had perished when the vessel sank off Dunkirk, while more than a dozen others were taken to hospital.

The boat capsized after setting off in the early hours of Tuesday morning in windy conditions and with cold water temperatures.

A lifeboat, a vessel from the marine national, a customs boat, a fishing boat and a Belgian police helicopter all took part in a search operation, the local coastguard confirmed.

It was thought that there were 19 people on board. However, a source close to the investigation said: “We believe the true number to be up to 22 people, meaning the death toll could be seven.”

Farhad Shekari, 28, also from Sardasht, said he had also tried to talk the family out of attempting the crossing.

He had been due to board the same boat at Loon Plage, near Dunkirk, at 8am on Tuesday morning but changed his mind when he saw how flimsy it was and the number of people trying to board.

“There were 22 people in the boat and I said there are too many people and I didn’t want to go,” he told The Telegraph at a makeshift migrant camp at Puythouck, in Grande Synthe, near Dunkirk. “I told people not to get in the boat. I said it was too dangerous.

“The family [who died] got on anyway. But I persuaded another family not to get on board. They got angry with me, but I stopped them from getting on the boat.

“The smugglers are only interested in one thing, and that’s money. The middle man was forcing people to get on the boat. He was saying: ‘Go, go, go,’ but he didn’t force the family,” he said, adding that although the children had been wearing life jackets, at least half of those on board were not.

Alain Ledaguenel, the president of the French coastguard (SNCM) in Dunkirk, said that given the 1.1 to 1.5 metre waves, wind, and cold water, the boat used was a death trap. “It wasn’t a dingy but a polyester amateur fishing boat. It was overloaded and capsized because it almost certainly hit a wave sideways,” he said.

One Kurd at the camp said he had travelled with the family from Turkey via Italy after they suffered brutal treatment by Greek police, who strip-searched them and sent them back to Turkey with “no clothes or belongings”.

“I took pity on them and gave them some money to buy new clothes,” he said. “We travelled together from Turkey to Italy by ship. Then we all travelled from Italy to France by truck, stopping in several cities, but were separated and only met back up in this camp.

“The family were so frustrated by their treatment in Greece and France that they were desperate to get to the UK. They knew it was dangerous but were prepared to take the risk. The mother said my future is lost because my fingerprints were taken in Italy, as were my husband’s, but I hope my children can have a future in Britain.”

The family first stayed in a camp in Calais before moving to Puythouck, but were then evicted by police and moved to a hotel nearby after social services found them a room, which they left on Tuesday morning after receiving a call from people smugglers to say their boat was ready.

“I recognise these people,” said Sarook Sarkda, 37, a Kurdish journalist from Iran. “They had been in the area for around 40 days.

“This was not the first time they had tried to cross, but previous attempts were too tricky. We usually use weather apps like windy.com to check conditions. On Tuesday night, the weather was all clear but then it deteriorated. The smugglers always say it will only take three hours. It never does.”

Mr Sarkda said he had almost lost his life in an attempted crossing no October 17 that took 15 hours after leaving from Berck Plage towards Dungeness, on the Kent coast.

“We left at 4am with a flimsy boat and a small engine. We sank at 7pm the following evening. Luckily, a French boat spotted us when we were in trouble and called the French coastguard,” he said.

“When we saw it, we jumped in the water and were saved. Among us was a pregnant woman who was saved, but who we have not seen since.”

He said this was not the first time that children had died trying to make the crossing, adding: “I personally know of six people who drowned when I tried to cross the Channel on October 17, including a 14-year-old Iranian Kurd. His body was never found. An Iraqi Kurd died and his body was lost. But I saw police recover the bodies of four Vietnamese migrants. I saw their bodies with my own eyes.”

There was anger in the camp at the “inhuman” people smugglers, who people said asked for around £1,500 to cross in a rickety boat or £2,500 for a “VIP vessel”.

“Somebody has to pay for this. The smugglers cannot get away with it,” said one 23-year-old English-speaking Kurd.

“Ten days ago, I tried to go across in a six-metre dinghy that had 20 people in it. We got 300 metres from the shore and water started to get in and the engine stopped. We paddled back. When we got to the shore the police were laughing at us. Then they told us to stand in a line and they tear gassed us. Then they got two children who are aged 14 and 16 to carry the boat’s engine.

“It is terrifying. I am very angry. Why should this family be forced to go on a boat like this?  What the hell is the British Government doing? If you don’t want to handle their asylum claims in Britain, then at least set up centres in France to look at the claims so that families don’t take such terrible risks.”