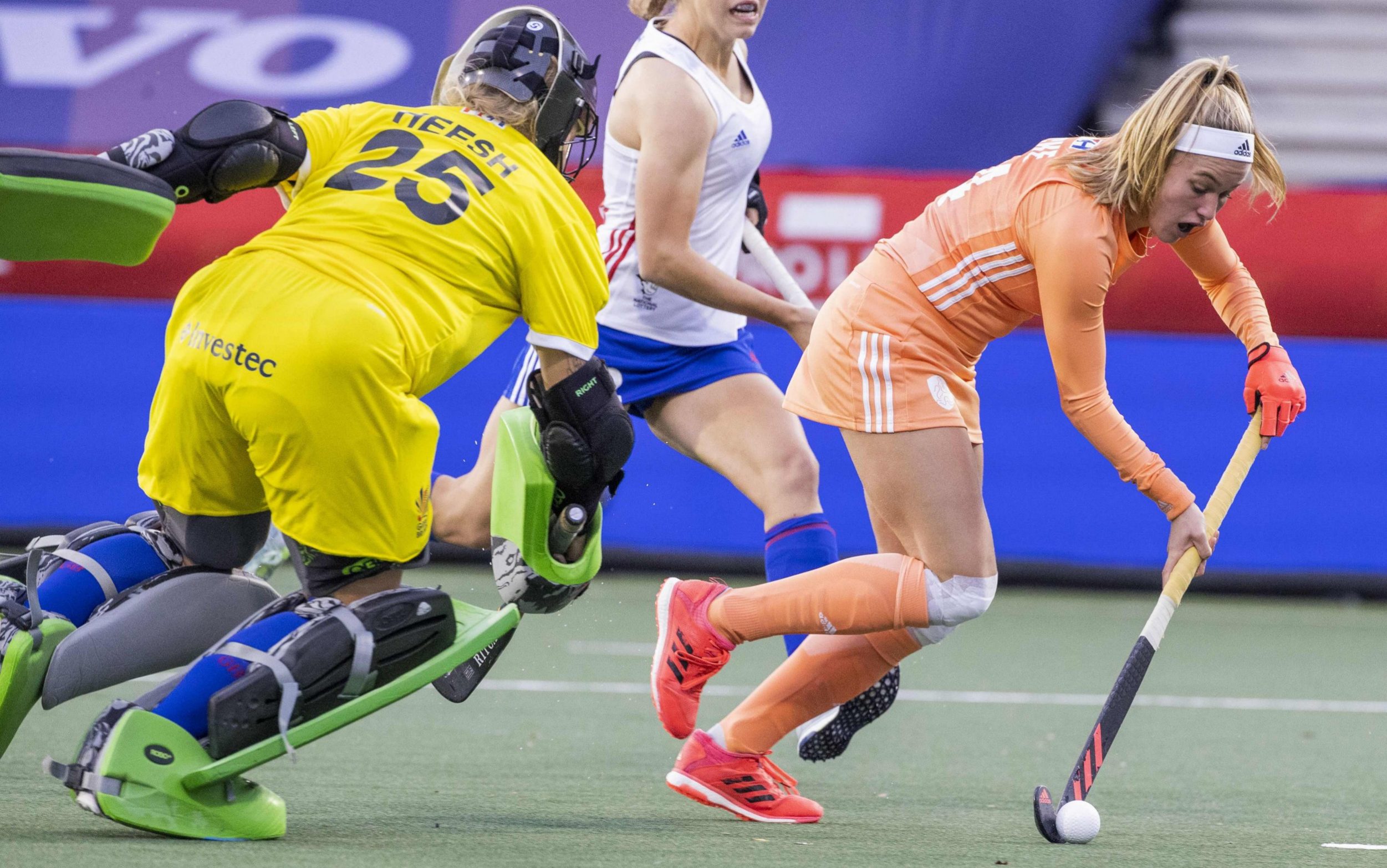 Great Britain shared the points against world’s best Holland, drawing in their first match since February before losing a tense shoot-out in their FIH Hockey Pro League return.

The Brits took one point from the close encounter, their first of two matches over two days in Amsterdam, in what was a hard-fought tied result after Holland went ahead in the first 90 seconds with a goal from Pien Dicke.

Great Britain recovered well though, and showed few signs of rust after 261 days out of the game due to coronavirus cancellations in international hockey schedules. They dominated possession and defended well, though produced few chances of their own. GB goalkeeper Sabbie Heesh then kept the visitors in the game after making a superb instinctive save off a deflection from her own defender, which almost helped Holland double their lead.

Team-mate Jo Hunter made her hard work worth it though. With the hosts a player down midway through the third quarter due to a green card, Hunter bagged her first goal for Great Britain, a well-deserved equaliser and also her team’s first goal against Holland since they beat them in the Olympic final in Rio four years ago.

With neither side able to find a winner in the final period, it forced the reigning world champions to a shoot-out which Holland ultimately won 3-1 to take the bonus point, after Lily Owsley, Izzy Petter and Tess Howard saw their attempts denied.

With just three of those traveling to Holland hailing from Great Britain’s famed gold medal-winning Rio squad, and two players – Sophie Hamilton and Fiona Crackles – making their international debuts, this transitional British team put up more of a fight than they had in their last two losses to Holland in the Pro League last year.

There were positive signs for head coach Mark Hager ahead of the teams facing each other again on Thursday, before Great Britain travel to Belgium for another double-header there at the weekend.

Head coach Mark Hager was taking the positives from it: “We’re pleased to be playing after seven months away from the game, and it was a good, disciplined performance from everyone. Defensively we were better, which is an area we have been focusing on during lockdown.”