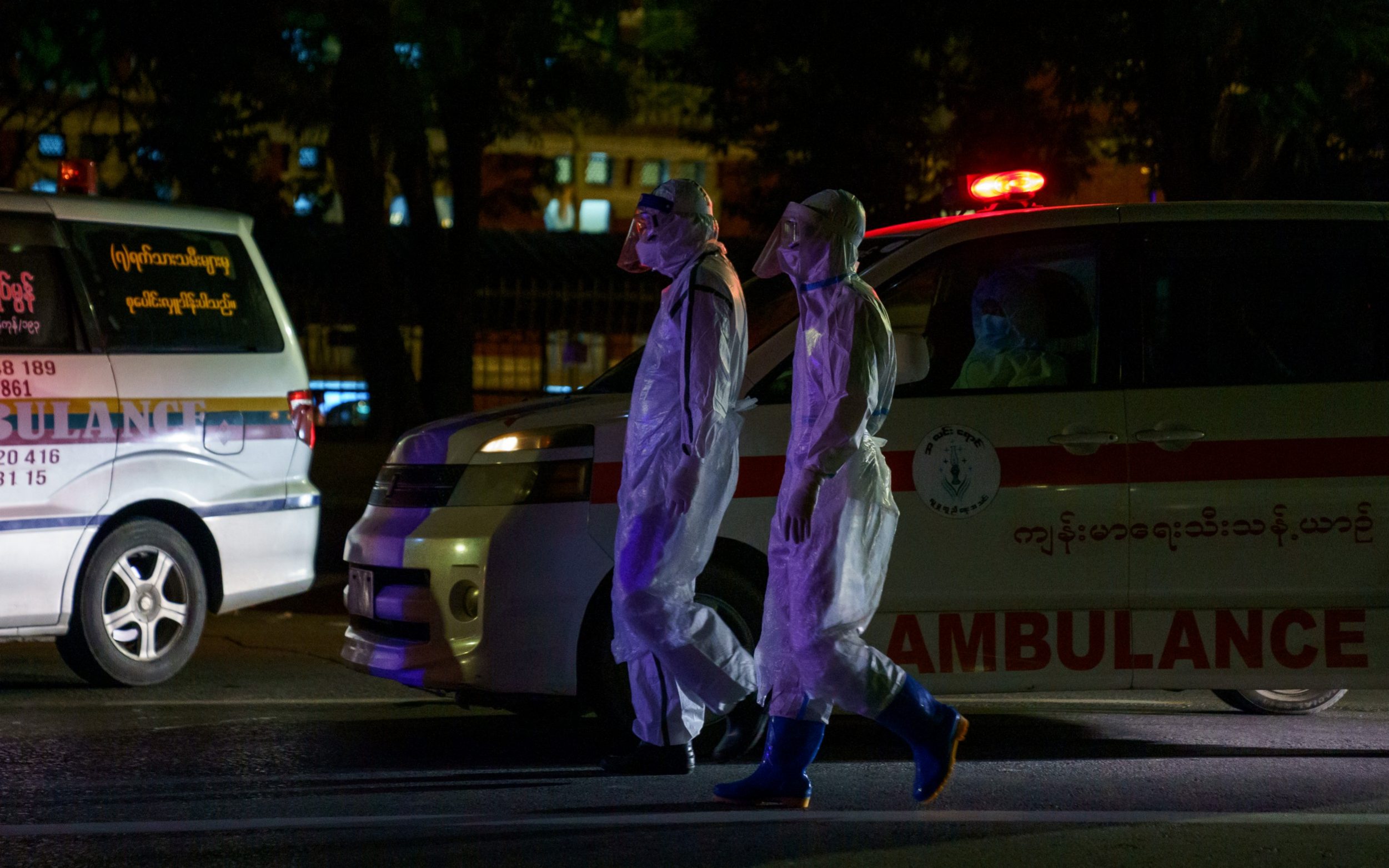 “I saw my father lying in the crowded patient room through the glass-covered door,” says 33-year-old Maung Hla. “No social distancing among the beds. I was so worried that the virus was spreading from person-to-person.”

In theory, Myanmar has established quarantine centres for those who test positive, but the authorities are swamped by demand. They are run by volunteers, and housed in apartment blocks, former offices, and temples.

There is a lack of transparency, too, says Maung Hla.

“I was even asked for money to get my father’s dead body from the mortuary,” he said. “It’s bribery. I didn’t pay it.”

His whole family, eleven people, went into quarantine following his father’s death, and all later were told they had tested positive. However, they were not able to see their test results.

Health workers said they were finding it hard to deal with the influx of new cases safely.

Hla Yamin (not her real name), is an assistant surgeon at Myanmar’s most prominent hospital, Yangon General Hospital.

“We do not have enough personal protective equipment from the government,” she told The Telegraph on the phone. “We are now relying upon donations. We were only given two surgical gowns for a week, and one mask and one cap for daily use.”

She said workers from other medical areas were being drafted in to help frontline staff control the spread of the virus.

While a lockdown has now been declared in Yangon, the situation is complicated in Myanmar as a general election is due on 8 November. The country’s de-facto leader, Aung San Suu Kyi, is insistent that the vote goes ahead despite the coronavirus surge.