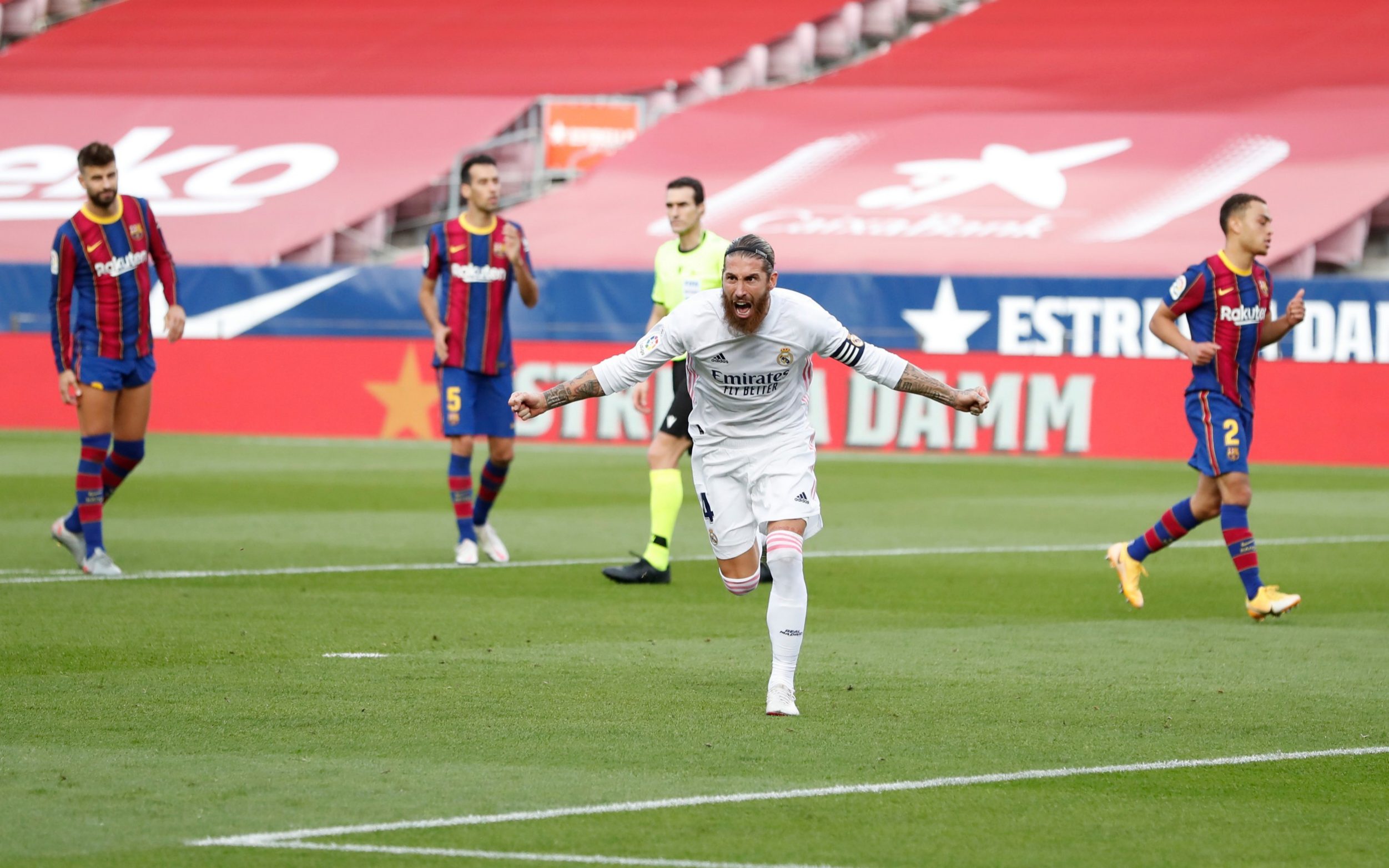 Real Madrid captain Sergio Ramos once again proved to be the man for the big occasion as he converted a fiercely debated penalty to help his side to victory over rivals Barcelona at an empty Camp Nou.

Ramos, making a record 45th appearance in the ‘Clasico’ fixture, was awarded the spot-kick following a VAR review, after falling in the area when his shirt was tugged by Barcelona’s Clement Lenglet as the pair contested a corner.

The defender showed his customary calm to score from the spot in the 63rd minute and restore the champions’ lead, after Federico Valverde had opened the scoring in the fifth minute only for Barcelona’s 17-year-old forward Ansu Fati to equalise less than three minutes later.

Barca ran out of steam in the second half and Madrid missed two big chances to seal the points after Ramos’ penalty before substitute Luka Modric finally put the result beyond doubt with a goal in added time.

The victory took La Liga champions Madrid back to the top of the standings on 13 points from six games, while Barca, who have only taken one point from their last three league outings, are all the way down in 10th on seven points from five games.

The win is a huge boost for Zinedine Zidane’s side, who went into the match reeling from back-to-back home defeats to promoted Cadiz and a depleted Shakhtar Donetsk.

“This win gives us three points but it also gives us confidence after a difficult week for us,” said keeper Thibaut Courtois.

“People were doubting us but we didn’t doubt ourselves, we were always with the manager. When you wear this badge you have to give everything in the 90 minutes, and we really put in a big effort today and deserved to get the win.”

Barcelona coach Ronald Koeman dropped forward Antoine Griezmann for the second game in a row but was slow to turn to his bench, not making a change until bringing on Griezmann and Francisco Trincao with nine minutes to go.

Courtois and Neto each made impressive saves in the first half, while Barcelona midfielder Coutinho should have given the Catalans the lead shortly before the penalty but somehow missed the target with a free header teed up by Ansu.

“They had chances and we had chances, but they were just a little sharper,” said Barcelona defender Sergino Dest.