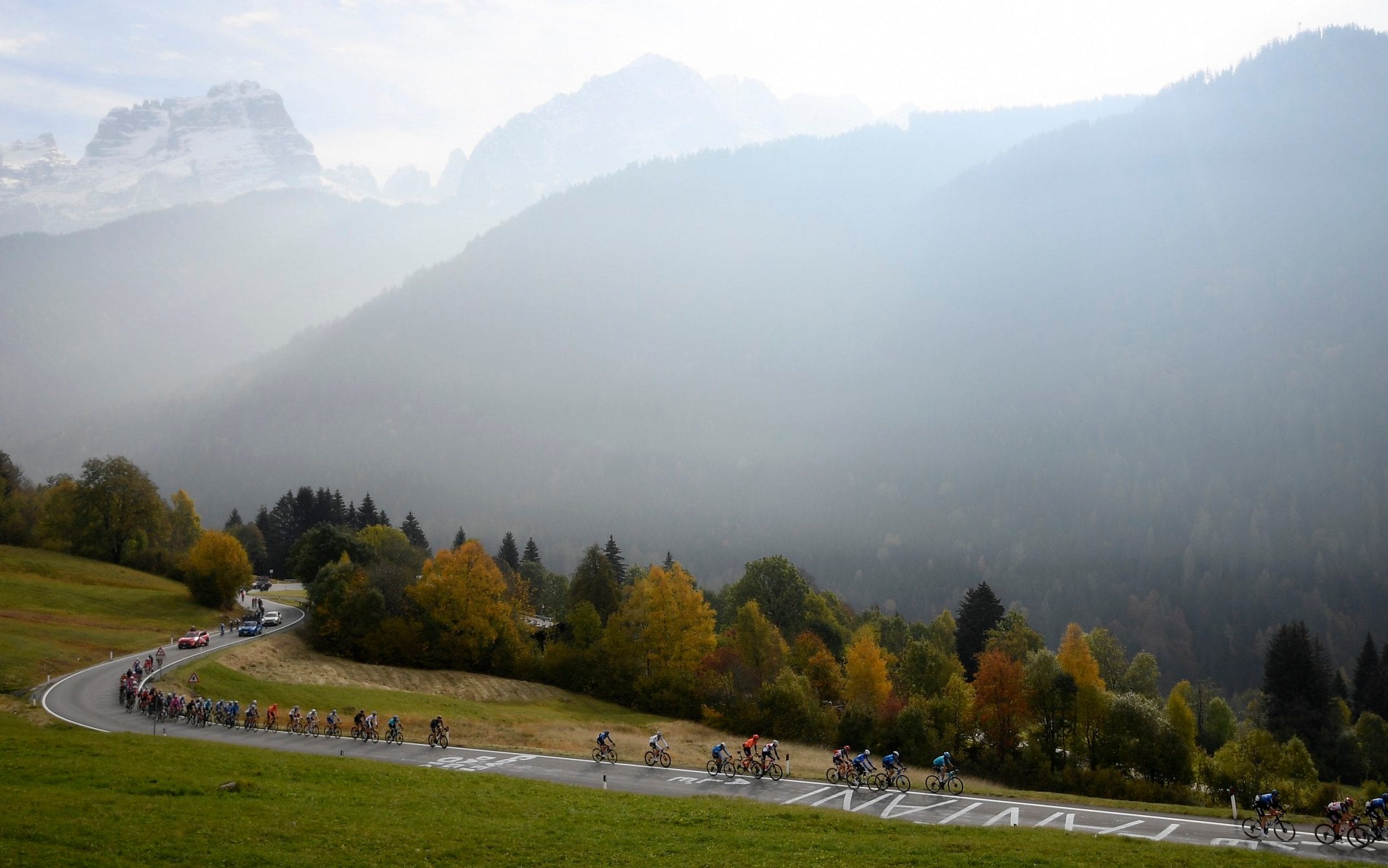 It will surprise few to discover that a decent sized breakaway is leading this stage, one that is widely expected to be key to the final outcome the maglia rosa following the shortening of Saturday’s penultimate stage. Breakaway specialist Thomas De Gendt was is the first six-man group that formed around 30km into the stage.

Ruben Guerreiro (EF Pro Cycling) took the points on offer in the mountains classification atop Campo Carlo Magno, then De Gendt ​went over the Castrin to add 40 points to his account. The six-man group that first crested the Castrin was joined by another nine riders.

With a shade over 100km of the stage to follow, the 15-man breakaway leads the peloton as it inches its way along the valley, a gradual climb, up towards the behemoth that is the Stelvio. As you would expect, Sunweb who have Wilco Kelderman and Jai Hindley filling the second and third berths on general classification, are riding on the front. Deceuninck-Quick Step are tucked in just behind with maglia rosa Joao Almeida sitting within their ranks. Tao Geoghegan Hart (Ineos Grenadiers), the young Briton who is just 1sec off a podium place is positioned near the front, while Vincenzo Nibali (Trek-Segafredo) has been making his presence known. The wily old campaigner has been chatting with his rivals, no doubt attempting to sow a few seeds of doubt into their minds ahead of what is a huge, huge day in the Giro d’Italia.