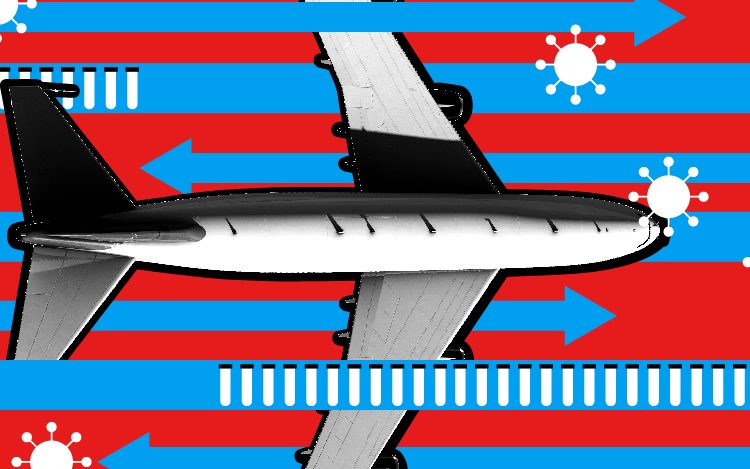 The critique of the evidence underlying the government’s Covid policy for international travel published today makes a powerful case for change.

While more than 30 countries, including Germany and Italy, have made use of tests to avoid or shorten the period of quarantine for international arrivals, Britain has stuck rigidly with a policy of 14 days quarantine for anyone arriving from a high-risk destination.

As things stand, that is much of the rest of the world, with the list of open “travel corridors” shrinking almost daily.

The UK policy is blunt and inflexible, and – with compliance estimated by some surveys at just 20 per cent – is almost certainly doing considerably more harm than good.

The law is an ass and it seems that travellers are treating it so.

The new analysis is not independent (it was commissioned by a consortium of airlines, airports and industry organisations) but it has been conducted by reputable firms and academics and should be treated seriously.

It unpicks the modelling in the three principal pieces of research which underpin the government’s policy, unearthing “significant methodological concerns” and pointing up several glaring inconsistencies and oversights in the wider policy.

It says that far from detecting just seven per cent of Covid cases entering the country as PHE calculate, an airport testing regime could catch up to 63 per cent of cases.

PHE’s figure – which always seemed suspect – arises only because the modelling used quietly assumed all symptomatic cases were detected before boarding, the analysis reveals.

“The PHE model assumes that all travellers who are infected and detectable with a test prior to departure do not board flights to the UK”, say the authors.

“Therefore, the seven per cent cited by the government only accounts for travellers who become detectable during the course of their flight”

When this is corrected for, Edge Health and Oxera Consulting estimate that up to 63 per cent of infected passengers attempting to enter the UK could be detected with an airport testing scheme – vastly higher than the seven per cent figure offered by PHE.

Picking holes in other peoples modelling is one thing. Perhaps more important is the report’s observation that the UK policy “is not calibrated to real-world data” or indeed the government’s own wider Covid suppression strategy.

There are three strong points here.

First, the current policy does not consider actual infection rates in the country of origin and therefore fails to provide any real insight into the relative risk that inbound travellers pose to the UK population.

Someone travelling from Donald Trump’s Covid-splattered White House is treated exactly the same as someone flying in from southern Italy where the infection rate is lower than in much of Britain, for example.

Second, the UK national policy is one of viral suppression, not eradication as is being pursued in countries including Taiwan, South Korea and New Zealand.

Yet the decision to not to allow testing at airports is premised on the idea that community transmissions from flight passengers should be zero. “These two positions are inconsistent”, the authors note.

Third – and perhaps most powerfully – the authors point out that the current 14-day quarantine policy takes no account of compliance, estimated by some studies to be as low as 20 per cent.