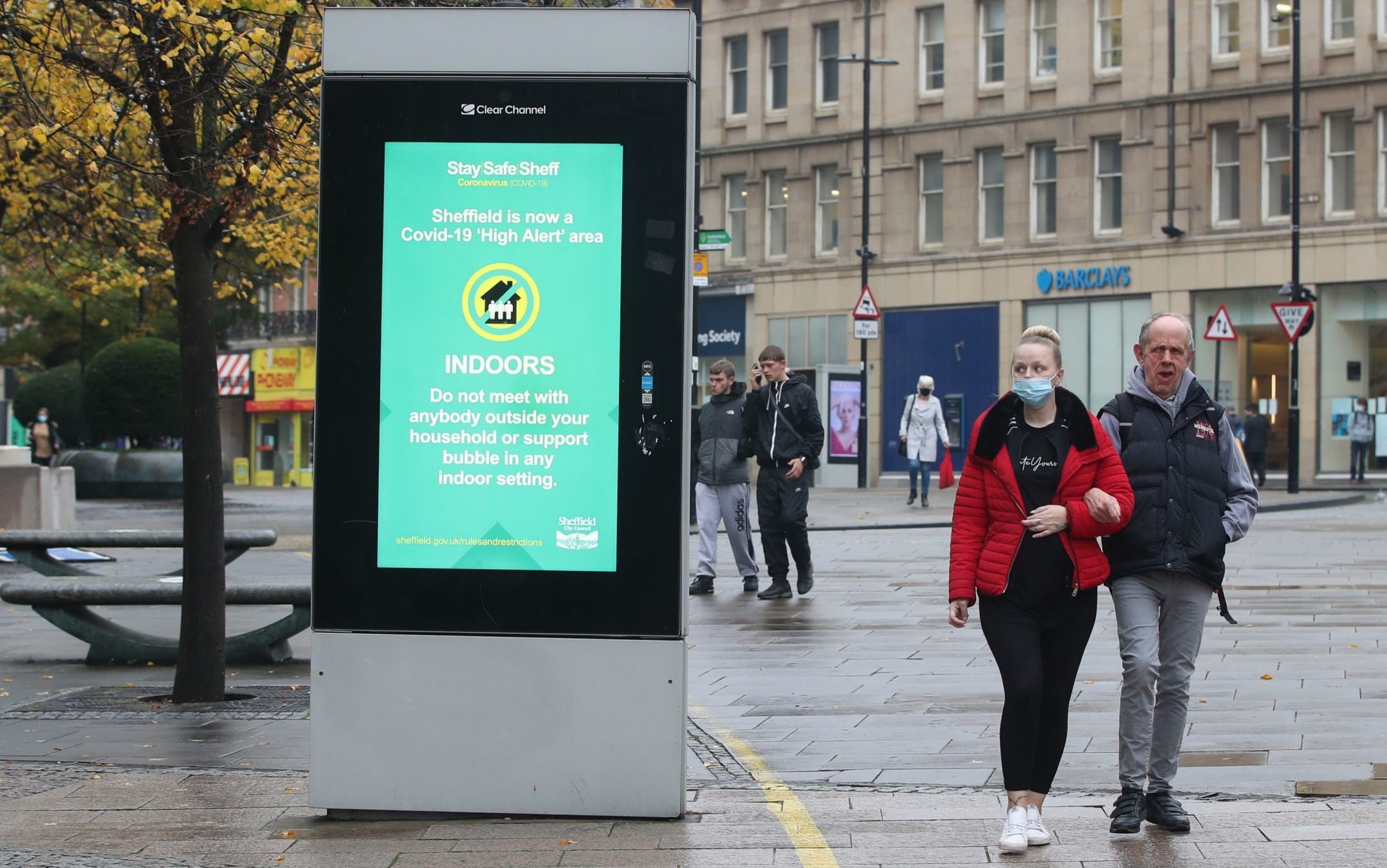 South Yorkshire is moving to the third and highest tier of coronavirus restrictions, the Mayor of the Sheffield City Region has revealed.

As well as Sheffield, the areas affected include Barnsley, Rotherham and Doncaster. The new restrictions will take effect from 00.01 on Saturday October 24.

In a letter to colleagues, Dan Jarvis said: “This decision has not been taken lightly.” A package of financial support has been agreed with the Government.

South Yorkshire’s police and crime commissioner, Dr Alan Billings, said the Government must realise people will only abide by the rules “as long as they feel that what is being proposed is not just reactive, but part of a longer term strategy to defeat the virus”.

What about Leeds and West Yorkshire?

West Yorkshire and Leeds have been placed under Tier 2 restrictions. The areas affected include Bradford, Kirklees, Calderdale and Wakefield

The Government’s Joint Biosecurity Centre had reportedly recommended most of the North West and North East of England, as well as parts of Yorkshire and the Midlands, should moved to Tier 3. South Yorkshire, Liverpool and Greater Manchester have since been moved to the highest tier.

Victoria Eaton, Leeds director of public health, said hospitals in the city are “very close” to having to strip back non-Covid services, and areas may struggle for staff to fill Nightingale hospitals put on standby.

Ms Eaton said hospitals wanted to clear their backlog of work and deal with delayed treatments and procedures.

“We’ve got a huge backlog now of people who desperately need surgery and treatment for their conditions, which colleagues in the NHS are absolutely committed to continue with, and therefore it gives them very little wriggle room within the hospital to accommodate all of those cases plus the new Covid ones that are now coming in.”