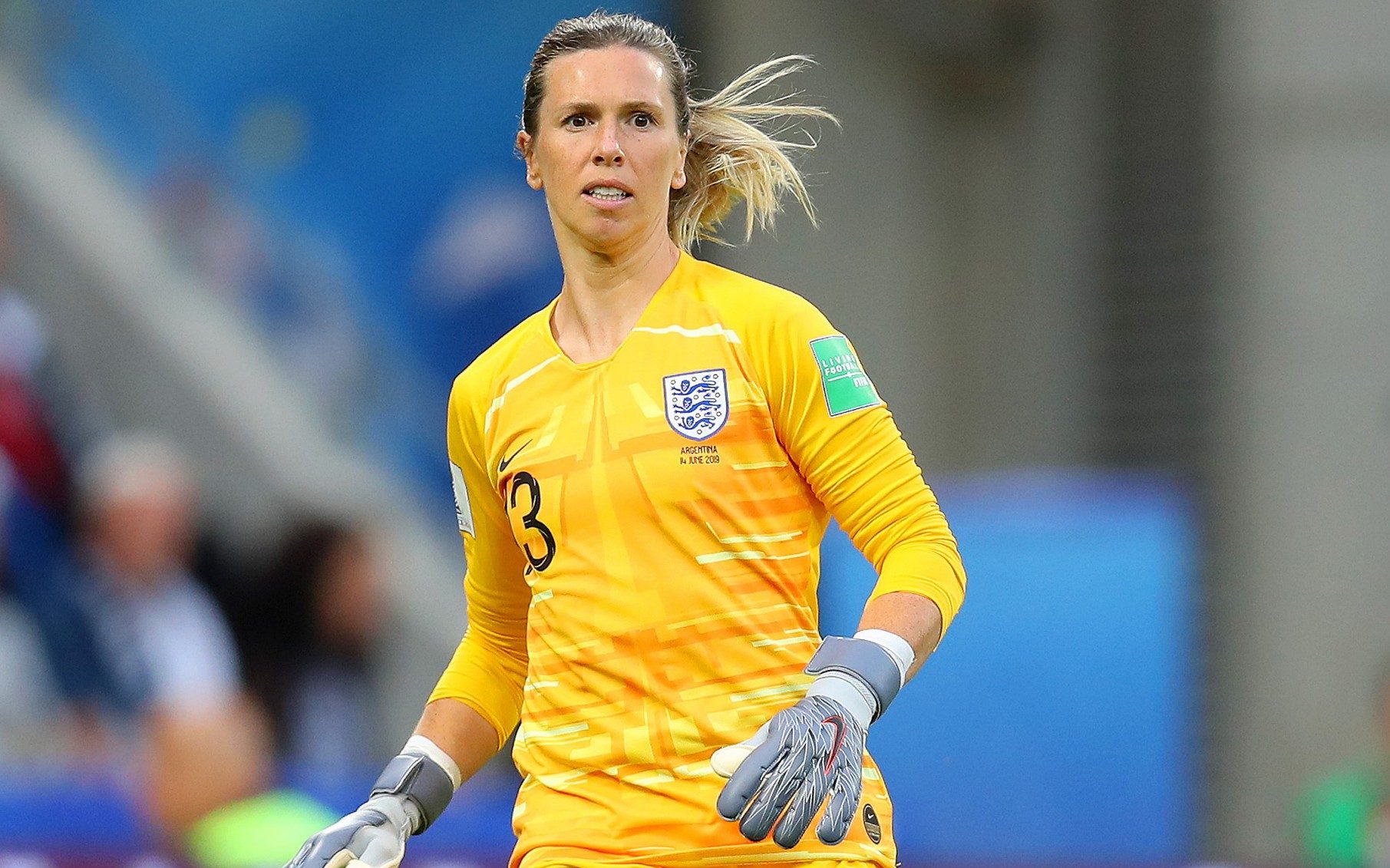 Carly Telford has postponed her retirement from international football because of the coronavirus pandemic as the self-styled “grandma” of the England goalkeepers fights to hold on to her first-choice status.

Telford revealed she had been intending to bring an end to her international career next year, after playing for England at the European Championships on home soil in 2021.

But with that tournament postponed until the following year, the 33 year-old is keen to keep playing and could even continue to make herself available for selection until the next World Cup in 2023.

“I’m going to be very honest,” said the Chelsea goalkeeper. “My goal was to go to the Olympics, which was meant to happen this year, do the home Euro’s, and then I was probably going to retire.

“Obviously, now things have changed, there would have been a gap and then the next World Cup and I didn’t think that… I wanted to enjoy my life at 34 years of age and kind of go into the next phase of my career.

“But things have obviously changed because of Covid. I think plans have been moved a little bit, so I want to go to the Olympics still. I still want to go to the Euros but I do realise that at my age things may change. I don’t know what my club situation will be either.

“So for now it’s the short-sighted goal of going to the Olympics and then we’ll see what the future holds. But for me, it’s just doing what I’ve always done, work hard and let the people who sit behind desks and chairs make the decisions in selecting myself or other goalkeepers to help this team win.

“If they go with someone younger, that is the choice that they will make but I will make sure that I put myself in the best possible position to go to as many competitions as I can until I can’t anymore.”

“Don’t worry, they’re not shy in reminding me how old I am,” she added. “But I can still keep up with them just about. You know what it is, it’s so nice, it’s a breath of fresh air to work with some… not that all the goalkeepers aren’t young and enthusiastic but you’re working with different goalkeepers.

“It’s my first couple of camps in a row where I’ve worked with this group and they just love it and they’re so enthusiastic. I’m just very lucky and it’s an absolute honour to be here and work with them and make sure they’re pushing my standards as well as I’m pushing them. It’s a really good and exciting group to be around.

“I’m making sure that I’m still ahead of them, just a little bit. But also making sure that if, for whatever reason, I’m not available, or I don’t get selected, that I leave the next group of goalkeepers in the best possible way, so that we can make England successful.”