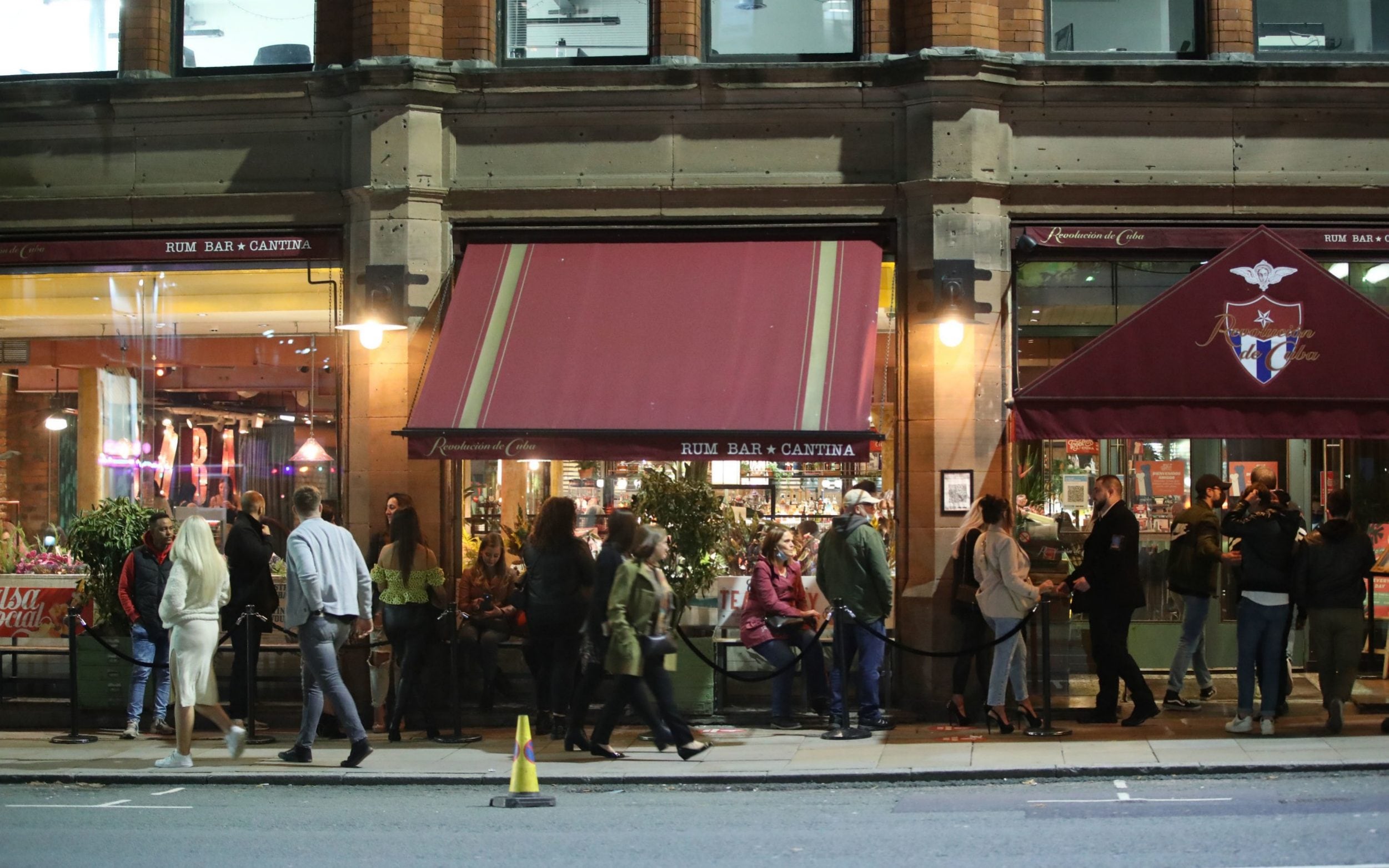 Speaking at a Downing St press conference, Mr Johnson said: “That means that pubs and bars must close, unless they are serving substantial meals, households can’t mix in doors, or in most outdoor settings.

“In some public outdoor spaces groups must be limited to the rule of six.

“And, we strongly advise against travel into and out of the area.”

The deputy chief medical officer for England, Professor Jonathan Van-Tam, said coronavirus cases were rising among the over-60s, putting pressure on the NHS.

Heat maps” showing the spread of the disease showed “very significant areas of heat” across all ages in Greater Manchester.

“The infections that have seeded in the younger age groups are now penetrating the older age groups,” he said.

“This is most concerning because it is the penetration of the disease into the older age groups that gives the NHS significant problems.”

It comes after local leaders and the Government failed to reach an agreement on funding for Greater Manchester heading into Tier 3.

Mr Johnson said it would be unfair to give Manchester a £65m funding package, desired by mayor Andy Burnham, as it was “out of kilter” with other regions that have received support.

Mr Burnham has accused the Prime Minister of fracturing the country by failing to support his city.

Downing Street says they will have access to other funds in the future, and Mr Johnson said his “door is open” for future negotiation.