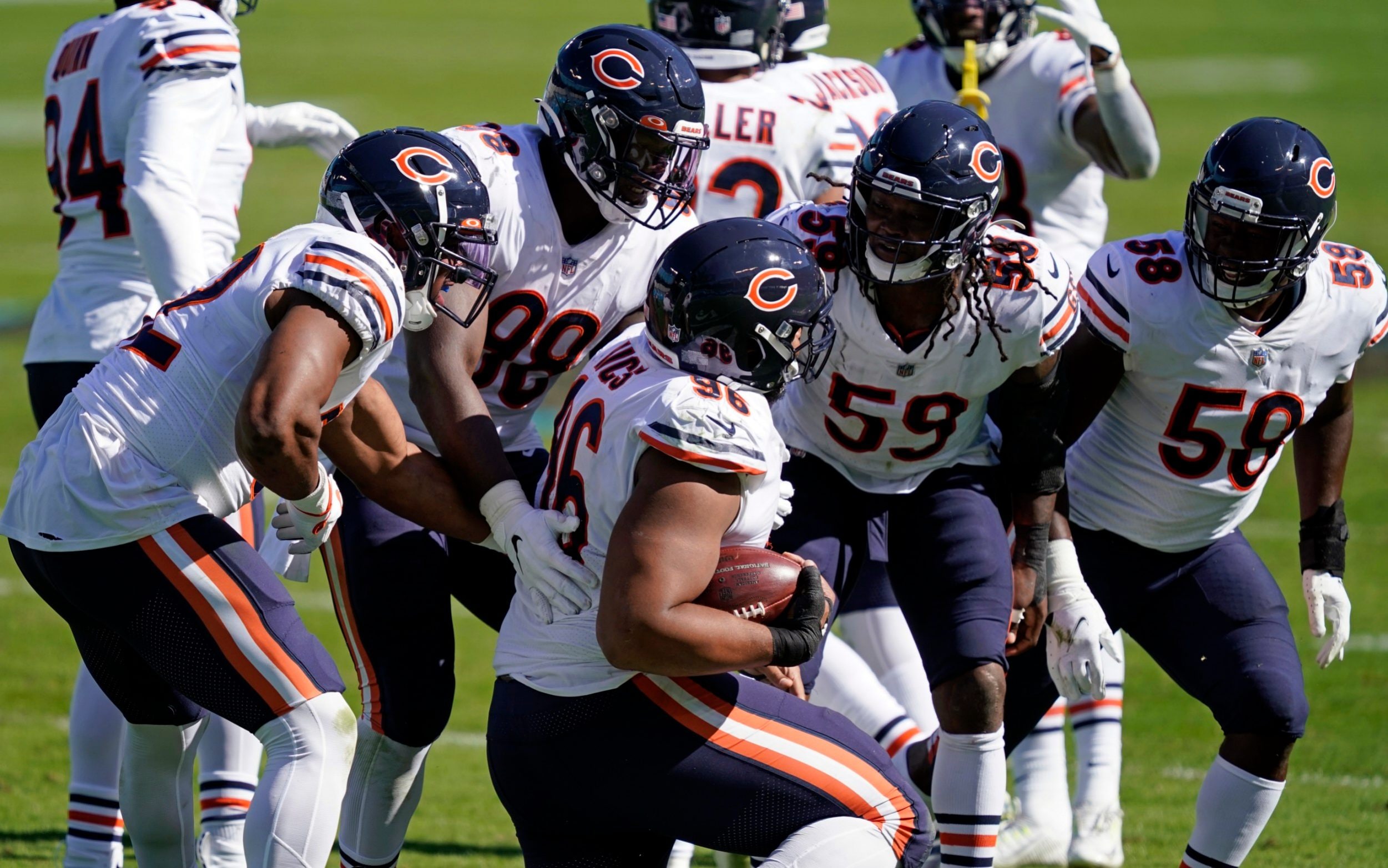 The question on everyone’s lips within the NFL is: are the Bears actually any good?

Every week, bar a tight loss to the Colts, they have come up victorious in close games. Every week the victory has been dismissed for one reason or another, whether it be the opposition, the lack of points scored or the margin of victory.

All of these factors are worthy of consideration when evaluating a team. However, with Chicago’s win over a Carolina side that was going along very nicely, they can no longer be ignored.

The Bears are 5-1, leading a tough division – granted, the Packers have played one game less – and are holding their mettle week after week.

Telegraph Sport looks at the reasons why the Bears should be respected as well as the reasons to be sceptical.

A win is a win. Five wins are, well, five wins. With the expanded playoffs this year, the Bears’ strong start leaves them in a terrific position to make it into the postseason. Even if Chicago is set to falter, just a few more wins could see them into the playoffs.

The winning record also includes some notable wins, none more so than the win over Tampa Bay – which looks even better given their dominant win over the Packers on Sunday.

The Bears defense caused problems for the Bucs, as they have done in every game this season.

It was apparent to nearly everyone that Mitch Trubisky should no longer be the starter for the Bears. It took a couple of games for the decision to be made, but Nick Foles improves this team.

Foles, although capable of standout performances, as he showed in his time as an Eagle, is no world-beater.

At the time of writing, using Football Outsiders metric, Foles has played as the 25th best QB in the league, just two places higher than Trubisky. However, the combination of Foles’ experience, poise in the pocket and ability to come up clutch in crucial moments render Chicago a stronger outfit with him at the helm.