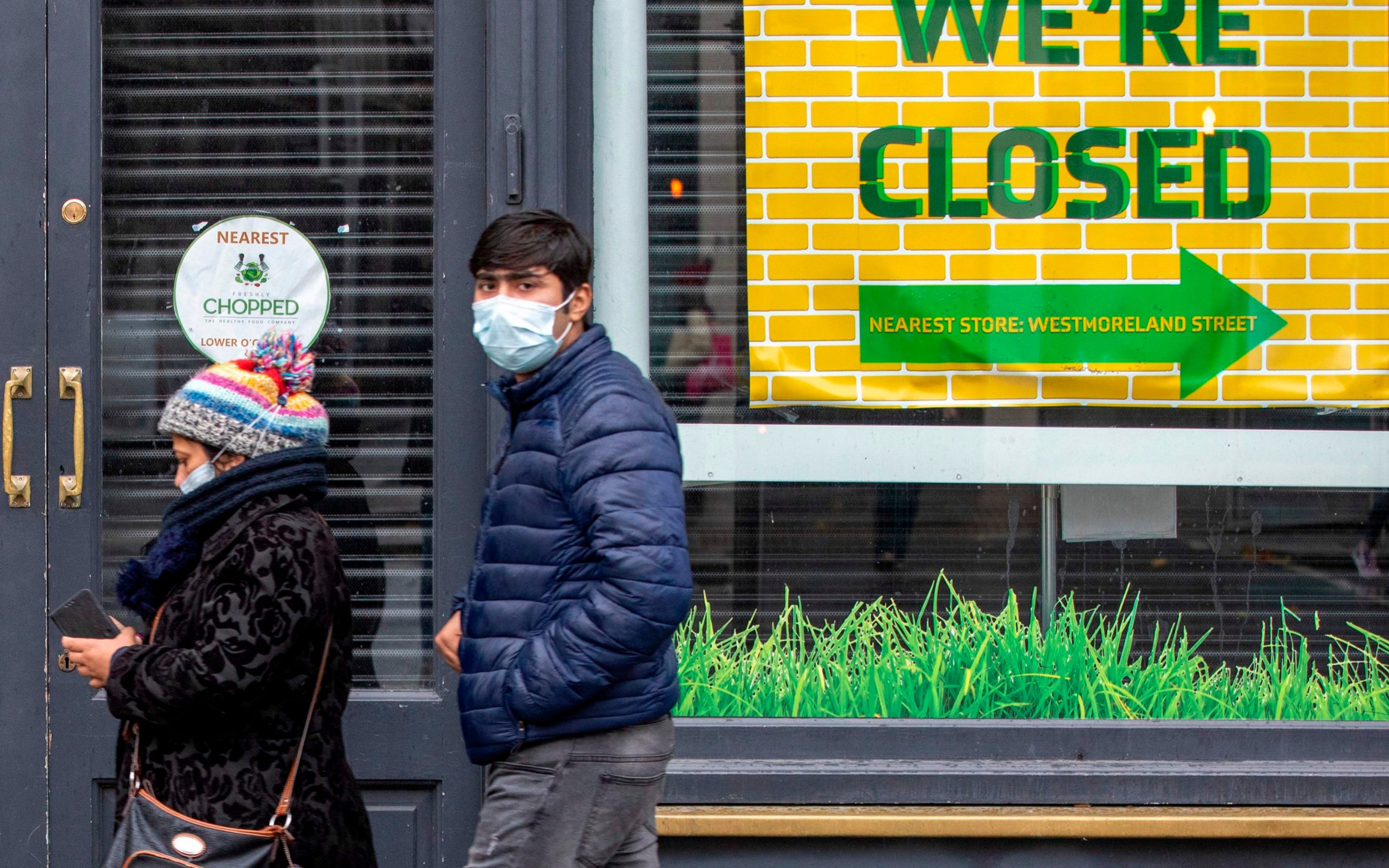 Ireland imposed one of Europe’s longest lockdowns during the first surge in coronavirus cases and eased restrictions at such a slow pace that pubs that only serve drinks in Dublin had not reopened by the time a rise in infections prompted another tightening of rules.

Mr Martin’s government two weeks ago rejected calls by health chiefs to move to Level 5, the highest level of measures. It was the first time the Irish government had ignored their top scientists’ advice since the pandemic began.

Mr Martin said the government’s aim was to return to Level 3 by December. That would allow all retailers to reopen and restaurants to serve 15 customers outdoors.

Even then, another lockdown could not be ruled out in 2021, he added.

Ireland’s travel restrictions are more severe that many countries in Europe, even those with more cases.

While countries struggling with high rates of infection – such as Belgium, the Netherlands and France – have shut bars, restaurants and imposed a night-time curfew, none have such strict travel restrictions within the country.

On Sunday, Ireland broke its single-day record for new for the fifth time in nine days, and has the 12th highest rate among the 31 countries monitored by the European Centre for Disease Prevention and Control.

The Irish government has pledged to increase the amount it contributes to coronavirus-related jobless payments and wage subsidies until January 31. Last week’s budget, the biggest stimulus package in the country’s history, introduced much larger grants of up to €5,000 ($5,884) per week for closed or struggling businesses.

The support will cost about €1.5 billion for six weeks, based on a forecast that around 150,000 people will be temporarily laid off on top of the 40,000 let go in the past two weeks, Deputy Prime Minister Leo Varadkar said.

Ireland’s unemployment rate, including those on the emergency payment, stood at 14.7 per cent last month. The finance ministry has forecast that the economy could contract again next year if there is a prolonged period of stringent restrictions.

“We can do it this year, we can do it next year,” Mr Martin said of financial support for the economy, adding: “We need a vaccine next year.”