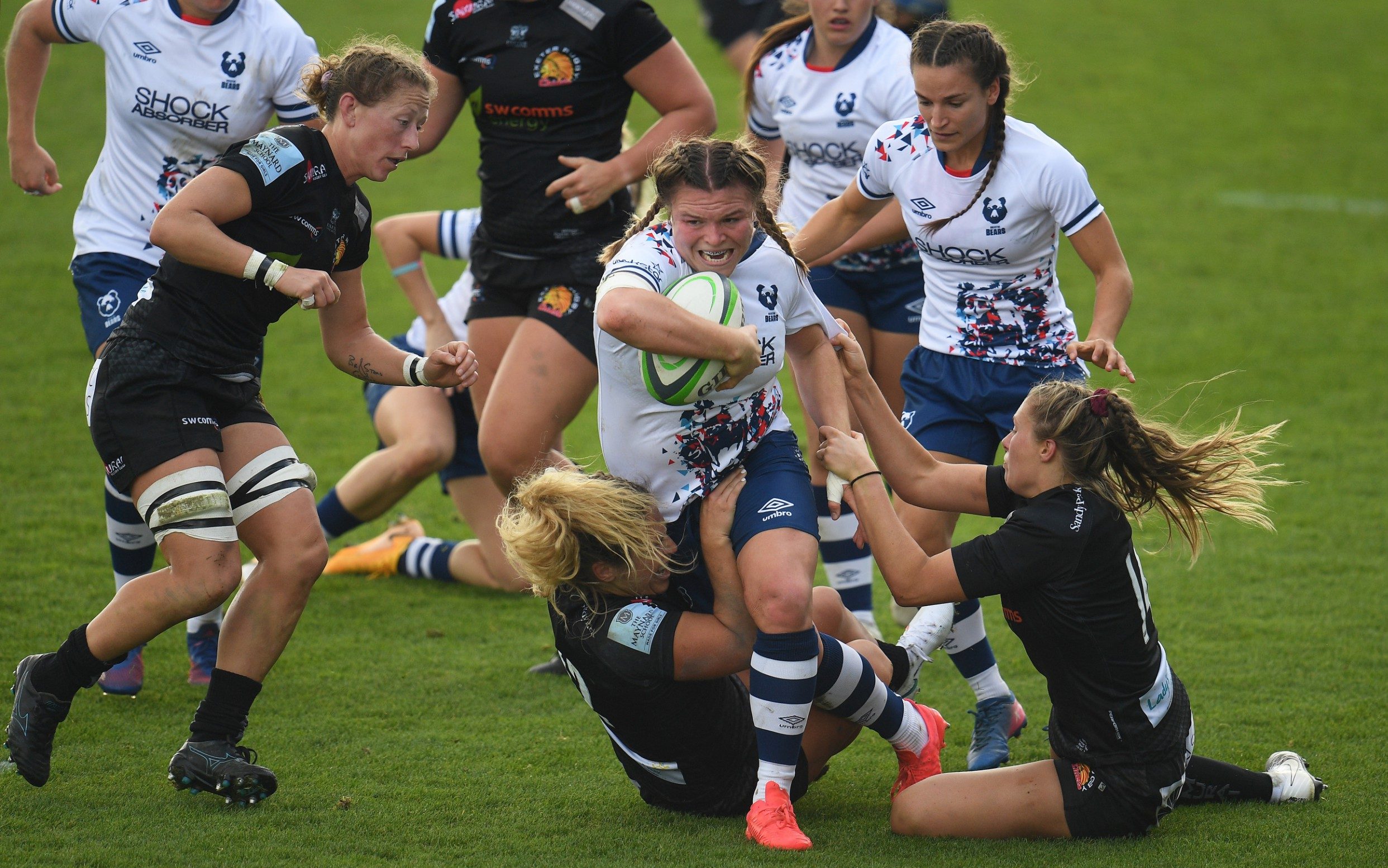 The second round of the Allianz Premier 15s saw the first full slate of fixtures completed, after coronavirus had interfered with Bristol Bears and Wasps’ first scheduled outing of the season.

For Wasps, taking on a formidable Harlequins side which had racked up ore than 100 points the previous weekend, without any game practice, was an unenviable assignment.

Quins are perennial contenders and reaffirmed that status with a second successive bonus-point win of the season, beating Wasps 31-12. Wasps’ side featured eight debutants, including a number of arrivals from the England Sevens set-up.

Ellie Kildunne seized the initiative for Wasps just two minutes in, evading the Quins defence to score from the halfway line. Harlequins answered back via a driving maul score from Amy Cokayne, only for her England colleague Abby Dow to restore Wasps’ lead minutes later.

Harlequins’ driving maul has developed into a potent weapon, a second score coming from it just before the break with Abbie Ward controlling the ball over the line.

Despite a resilient first-half showing, Wasps could not keep up with Harlequins once the match resumed. Shaunagh Brown and Sarah Beckett crossed the whitewash before Ward added her second try of the afternoon to wrap up victory.

The newly formed Exeter Chiefs hosted Bristol in their first ever home game. Just minutes into their debut at Sandy Park, Exeter scored a try after sustained pressure on the Bristol try-line.

The strong start did not last long, with Amber Reed answering Exeter’s score immediately from the restart. Bristol added a second early try, this time through Simi Pam who crashed over from close range following a quick tap penalty. England international Sarah Bern added a third try before half-time, leaving Bristol in a commanding lead at the break.

Exeter fought back with two successive scores, setting up a tight finish with Bristol’s lead cut to just seven points. Long after the clock was in the red, Kate Zackary burst through the Bristol defence to score in the corner. Lauren Cattell had the opportunity to draw the match for her side with the conversion, but the attempt was unsuccessful. Exeter came away with two losing bonus points, their first points in Premier 15s history, but not the result they wanted.

Elsewhere, Loughborough Lightning hosted Gloucester-Hartpury in a battle between two play-off contenders. The match proved to be a hard-fought encounter, with Loughborough coming out on top in the 32-26 shoot-out.

Lightning started fast with an early score, the lead then swapping back and forth throughout the first-half. After the break, Loughborough’s physicality paid dividends with Daleka Menin powering her way over the line to give Lightning an unassailable lead with just minutes to go. Gloucester-Hartpury scored the final try of the match, earning them two losing bonus-points for their efforts.

Saracens, the leading team in the competition’s history, demonstrated their power in a comprehensive victory against Sale Sharks. The class of Saracen’s England contingent shone through with Poppy Cleall leading from the front in the bonus-point win.

Sale had their moments in just their second match, particularly before the break, which will provide them with plenty to build on next week.

In the final fixture of the round, Worcester Warriors bounced back after coming up just short against Saracens in week one. They registered their first win of the season against DMP Durham Sharks, scoring five first-half tries before piling more misery on the Sharks.

Two matches into the new season, the Warriors have already demonstrated that they are a team on the rise. Under the leadership of Jo Yapp, Worcester look set to be transformed from strugglers to play-off contenders.