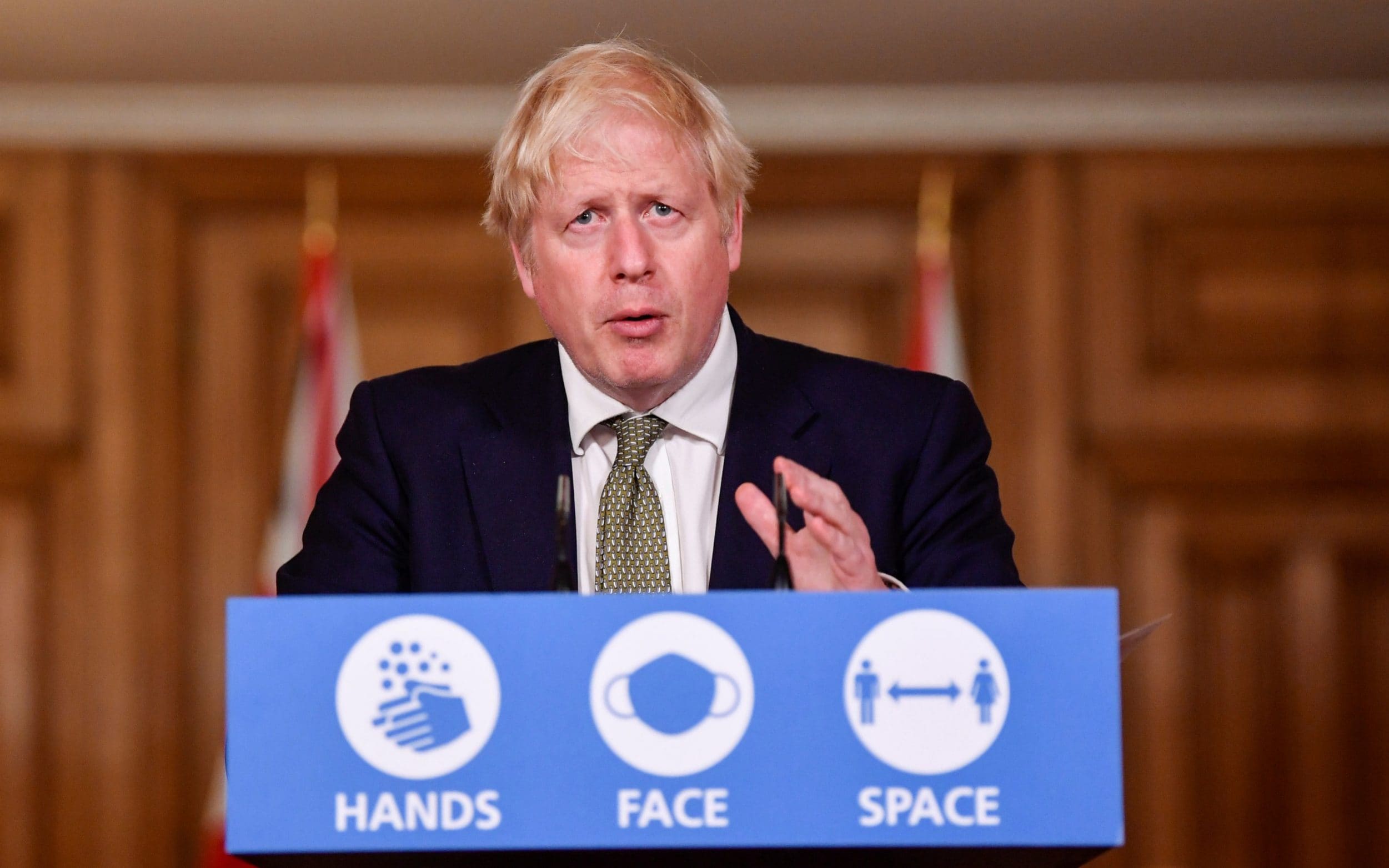 The Prime Minister told a Downing Street press conference: “On recent trends, in just over two weeks there will be more Covid patients in intensive care than at the peak of the first wave so I urge the mayor to reconsider and engage constructively.

“Of course, if agreement cannot be reached I will need to intervene in order to protect Manchester’s hospitals and save the lives of Manchester’s residents. But our efforts would be so much more effective if we work together.”

Manchester Mayor, Andy Burnham is furious at the Government and said he will not allow the people he represents to be treated like “canaries in the coalmine for an experimental, regional lockdown strategy”.

Burnham says that the “very least” the Government should be offering the people of Greater Manchester is a “full and fair” 80 per cent furlough scheme for all affected workers, in addition to 80 per cent support for people who are self-employed.

“This is an important moment. Greater Manchester will stand firm. We are fighting back for the health of our people.

“It is wrong to place some of the poorest parts of England in a punishing lockdown without proper financial support,” he said.

Neighbouring Lancashire this morning agreed a deal with the Government to be put into tier three in exchange for a £42 million support package.

It gives ministers extra leverage over Mr Burnham and his fellow leaders in Manchester, as Mr Johnson is likely to argue that Manchester is now an outlier after Liverpool and Lancashire both complied.

The North East and Tees Valley have been placed under Tier 2 restrictions.

West Yorkshire and Leeds have been placed under Tier 2 restrictions.

The areas affected include Bradford, Kirklees, Calderdale and Wakefield.

Read more: Can I meet up with friends and family, and can grandparents look after their grandchildren now?

Wales including Cardiff, Swansea and Llanelli

Two-thirds of the population of Wales are now living in lockdown, including the country’s capital Cardiff plus Swansea and Llanelli.

Neath Port Talbot, Torfaen and the Vale of Glamorgan all had new restrictions introduced from September 28.

The rules have also been tightened in Blaenau Gwent, Caerphilly, Bridgend, Merthyr Tydfil, Newport, and Rhondda Cynon Taf. And on October 1, new restrictions were introduced in Conwy, Flintshire, Denbighshire and Wrexham.

There are currently tighter restrictions in 17 areas of Wales, including Cardiff, Swansea and parts of North Wales, affecting more than 2.3 million people.

These prohibit people from entering or leaving an area without a reasonable excuse such as work or education.

Under the more general lockdown rules in Wales, licensed premises have to stop selling alcohol at 10pm, face coverings are mandatory in indoor public spaces and public transport, and people cannot gather in groups of more than 30 outdoors.

The rules also say people are not allowed to meet indoors with people they do not live with, unless they have formed an extended household.

People in Wales can meet indoors in a group of up to six people, with children under 11 not included in the number.

The country’s health minister Vaughan Gething has also said Wales could be placed under a new national lockdown in order to halt a sharp rise in coronavirus cases.

Meanwhile, First Minister Mark Drakeford said Wales will ban entry to people from areas of the UK with high levels of coronavirus because Boris Johnson has failed to impose UK-wide travel restrictions.

Sadiq Khan warned Londoners that they face a “difficult winter ahead” adding that “no one wants to see restrictions, but these are necessary”.

Rates are currently 97 per 100,000 and rising, and there will now be a ban on different households meeting indoors.

People should aim to reduce the number of journeys they make where possible. If they need to travel, they should walk or cycle where possible, or to plan ahead and avoid busy times and routes on public transport.

The “Rule of Six” will continue to apply outdoors and in private gardens.