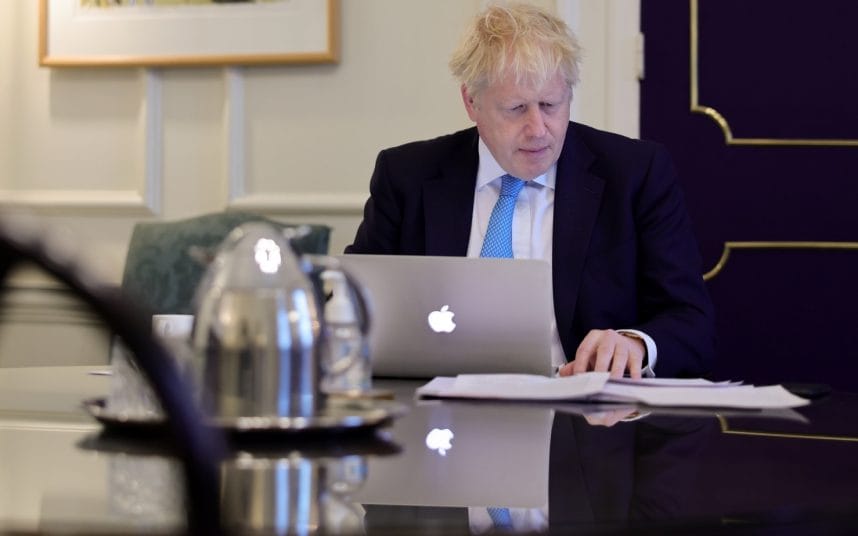 PM may intervene ‘to save lives’ in Manchester

He said the situation was “grave” and “worsening each day”. Boris Johnson has urged leaders in Greater Manchester to “reconsider and engage constructively” over tier three Covid restrictions – but insisted he would intervene “to save lives” if an agreement cannot be reached. In a Downing Street press conference this afternoon, the Prime Minister said he wanted to avoid another national lockdown “if at all possible”, but “cannot rule anything out”. He said he could understand the reluctance of Greater Manchester mayor Andy Burnham to agree to tighter measures, but added: “I cannot stress enough: time is of the essence.” View infection rates in the region. As the furious row raged, Lancashire agreed to move into tier three – meaning another 1.5 million people will be placed under the toughest coronavirus restrictions, with no household mixing inside or outside. Meanwhile, it has emerged that Chancellor Rishi Sunak is considering additional support for businesses. Use our postcode search tool to check restrictions in your area. It is going to be like the last days of Rome, but with fewer togas and more lager.

With London, Essex and York among the areas being moved into higher tier two lockdown levels from midnight, this evening will be many people’s last opportunity to socialise with their friends indoors for goodness-knows-how-long. Michael Hogan outlines the 31 things you will see on city streets tonight (and social distancing is not one of them). If you feel like we are moving back to lockdown square one, this is what we can learn from athletes about dealing with major setbacks.

Get ready to leave EU with no trade deal, PM warns

Brexit trade talks between the UK and EU “are over”, Downing Street said today, after Boris Johnson told the country to brace for a no deal on January 1. The Prime Minister said that although he had only ever sought a Canada-style deal, “to judge from the summit in Brussels that won’t work for our EU partners”. He did not rule out reopening talks if there was “a change of heart”, but stressed: “Unless there is a fundamental change of approach, we are going to go for the Australian solution.” This is how the pound reacted. Brussels Correspondent James Crisp explains why Mr Johnson stopped short of slamming the door on negotiations.

The days of being plagued by an annoying tune that you just cannot get out of your head may be over. Google has launched a “Shazam for humming”, allowing anyone to hum a tune into their phone to work out what song it is without knowing the lyrics. Hum, whistle or sing a tune for at least 10 seconds. Then the artificial intelligence system presents you with a list of possible songs. Read on for how to use the tool.

Royals | The Duke and Duchess of Sussex are to bring together celebrity friends and tech bosses for a “virtual conversation” about the dangers of social media and internet addiction. Meanwhile, Victoria Ward reports on a rare glimpse into royal circles, as Princess Beatrice’s new husband reveals his eye-wateringly expensive taste in furniture and fashion (and also proves that he knows how to keep his royal relations on side).

Around the world: Fukushima water uproar

Japan is reportedly planning to release more than one million tonnes of radioactive water from the Fukushima nuclear plant into the Pacific Ocean – a decision that has triggered angry criticism from local fisherman, neighbouring nations and environmental groups. Reporting from Tokyo, Justin Ryall explains how the water is currently stored in hundreds of tanks at the site of the crippled nuclear reactor.

As Billions returns, Damian Lewis tells Louis Wise he is not interested in playing 007 – or bothered about turning the big 5-0. Read the full interview.