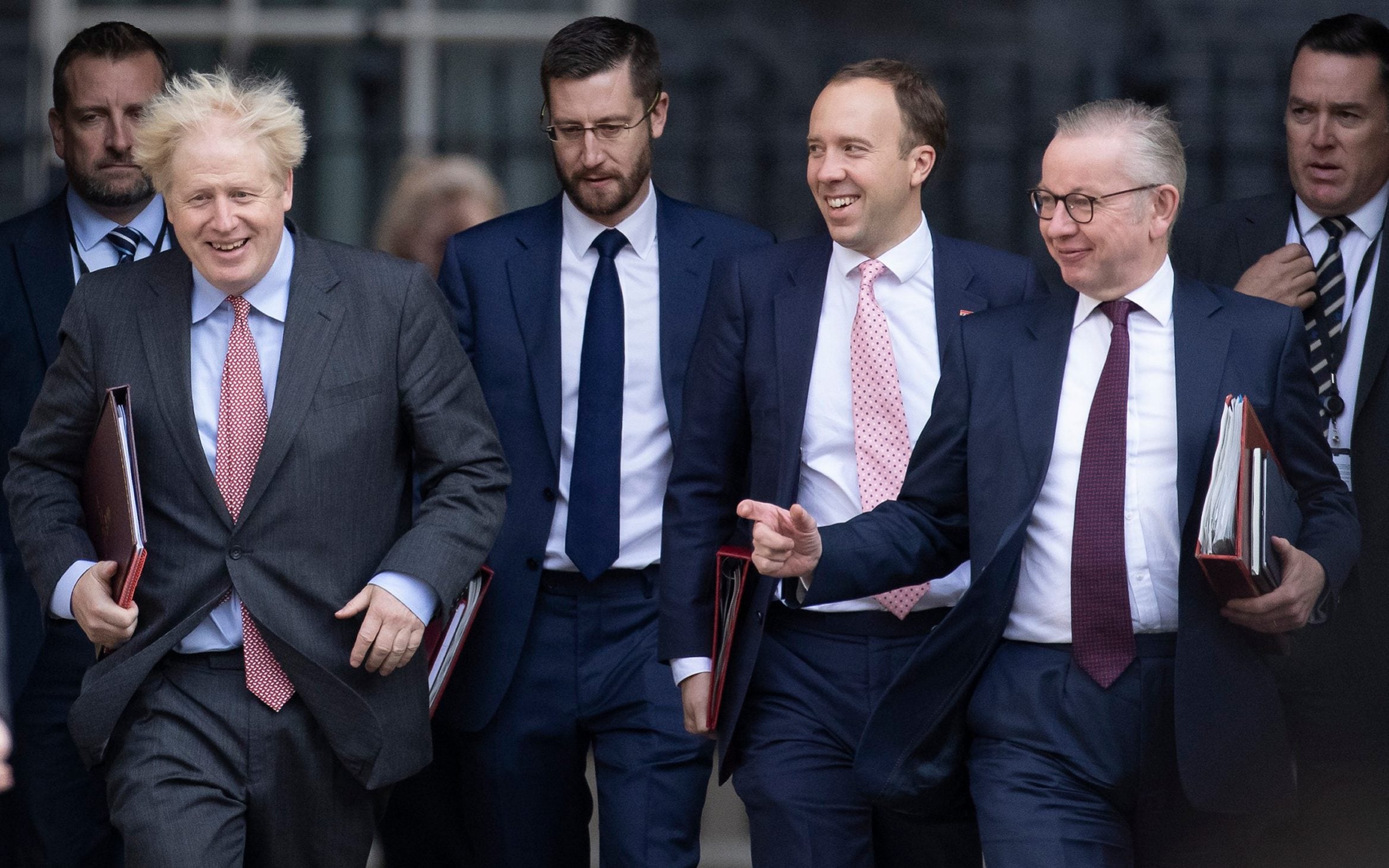 The rules will apply across England to all ages and to indoor and outdoor gatherings. This will include private homes, parks, pubs, restaurants and sporting events.

This means that you cannot sit at a pub or restaurant table with more than five friends at any given time.

What are the exemptions?

Households or support bubbles of more than six people are exempt from the new rules. Support bubbles allow adults who live by themselves and single parents with children under 18 to join up with one other household. This means they can do things such as visit their house, stay the night and travel together in vehicles.

These will still be allowed to go ahead, with ceremonies and receptions of up to 15 people permitted. However, Mr Johnson made clear that they must be conducted in a Covid-secure way. Guests will have to stand or sit at least one metre apart, as well as take other safety precautions.

These can continue to occur, with 30 people allowed to pay their respects. The Government previously faced criticism at the outset of the pandemic when guidance limited mourners to groups of between five and 10.

Funeral directors accused councils of misinterpreting lockdown rules by banning family members from crematoria and graveyards and going “way beyond” their legal powers.

Matt Hancock said he regretted the move because it meant that “in the peak of the pandemic, lots of people didn’t go to the funeral even of someone they’ve been married to for 50 years”.

Schools and workplaces continue to operate under existing Covid guidelines, which include year groups being kept in bubbles, classrooms reconfigured and masks worn in communal areas.

Workers will still be permitted to travel to the office, however on September 22 Mr Johnson said office workers who could work from home should do so.

While groups will be limited to six, Covid-secure hospitality venues will still be able to hold larger numbers of people. However, they will now be legally required to request test and trace information from customers and keep the details for 21 days. This used to be voluntary. Gyms will also remain open.

All pubs, bars and restaurants must now operate a table service only, except for takeaways. Together with all hospitality venues, they must close at 10pm.

Churches, synagogues, mosques and temples will remain open, although congregations will be required to stay at least one metre apart. Under the existing guidance, services are expected to conclude as quickly as possible, with worshippers encouraged to leave “promptly” afterwards.

It came after the Archbishop of Canterbury confirmed that the rule of six would not apply to churches, writing on Twitter: “Worship is the work of God – not a social gathering – and gives the strength to love and serve.”

All adult team sport events will now be forced to legally abide by the rule of six with only six players now allowed to play at any one time.

This will include indoor five-a-side football matches and the planned return of spectators to sports venues will now not go ahead from October 1.

The Government has been criticised after granting grouse shooting a special exemption from the rule of six.

Hunting with guns was included on a list of sports, pursuits and outdoor activities where groups of up to 30 people will still be allowed to gather, despite the introduction of the new restrictions.

It is understood the exemption was granted after the Cabinet Office’s special Covid-19 Operations ministerial committee organised a meeting to specifically discuss hunting and shooting.

On October 12, the Government introduced a new tier system for local lockdowns, with specific requirements on the Rule of Six.

This is for areas with a higher level of infections.  This means the following additional measures are in place:

This is for areas with a very high level of infections. The Government will set a baseline of measures for any area in this local alert level. Consultation with local authorities will determine additional measures.

The baseline means the below additional measures are in place:

The Government hopes the new rules will be more simple for people to understand. It will also make it easier for the police to break up large gatherings.

Failure to stick to the new rules could mean a £200 fine, which will double with every subsequent offence up to £3,200.

What does the Prime Minister say?

On September 22, Boris Johnson told the House of Commons that the new measures did not amount to a second lockdown.

“This is by no means a return to the full lockdown of March, we’re not issuing a general instruction to stay at home, we will ensure that schools, colleges and universities stay open because nothing is more important than the education, health and wellbeing of our young people,” he said.

But he warned that tougher measures may be needed if the virus continues to spread with the R number remaining above one.

In an address to the nation on September 22 Boris Johnson said:  “The tragic reality of having covid is that your mild cough can be someone else’s death knell.”

“And as for the suggestion that we should simply lock up the elderly and the vulnerable – with all the suffering that would entail – I must tell you that this is just not realistic, because if you let the virus rip through the rest of the population it would inevitably find its way through to the elderly as well, and in much greater numbers.”

“That’s why we need to suppress the virus now, and as for that minority who may continue to flout the rules, we will enforce those rules with tougher penalties and fines of up to £10,000. We will put more police out on the streets and use the army to backfill if necessary.”

However, at a press conference on September 30 the Prime Minister said it was “too early to tell” how effective the ‘rule of six’ has been since its introduction.

“I’m confident we can do it together if we follow the guidance. But our success will have to be judged in the days and week ahead.

“It is still too early to tell whether that package of measures will be successful.”

First Minister Nicola Sturgeon said England’s tiered alert system would “give an idea” of a similar scheme to be proposed in Scotland.

Pubs, bars, restaurants and cafes outside central Scotland can only conduct indoor business between 6am and 6pm and not serve alcohol, although alcoholic drinks can be served until 10pm in outdoor areas. But pubs and licensed restaurants in five health board areas – Greater Glasgow and Clyde, Lanarkshire, Ayrshire and Arran, Lothian, and Forth Valley – have been forced to close for all but takeaway service until October 26.

In Wales, people are not allowed to meet indoors with people they do not live with, unless they have formed an extended household.

Tighter restrictions for Northern Ireland have been announced by Stormont First Minister Arlene Foster, with most measures coming into force on October 17.

Pubs and restaurants will close for four weeks, with the exception of takeaways and deliveries, while schools will close on October 20 for two weeks – one of which will cover the half-term Halloween break.

People should work from home unless unable to do so, and are urged not to take unnecessary journeys.

A new campaign has been launched to encourage people to help stop the spread of coronavirus because people are more likely to socialise indoors during the autumn and the winter.