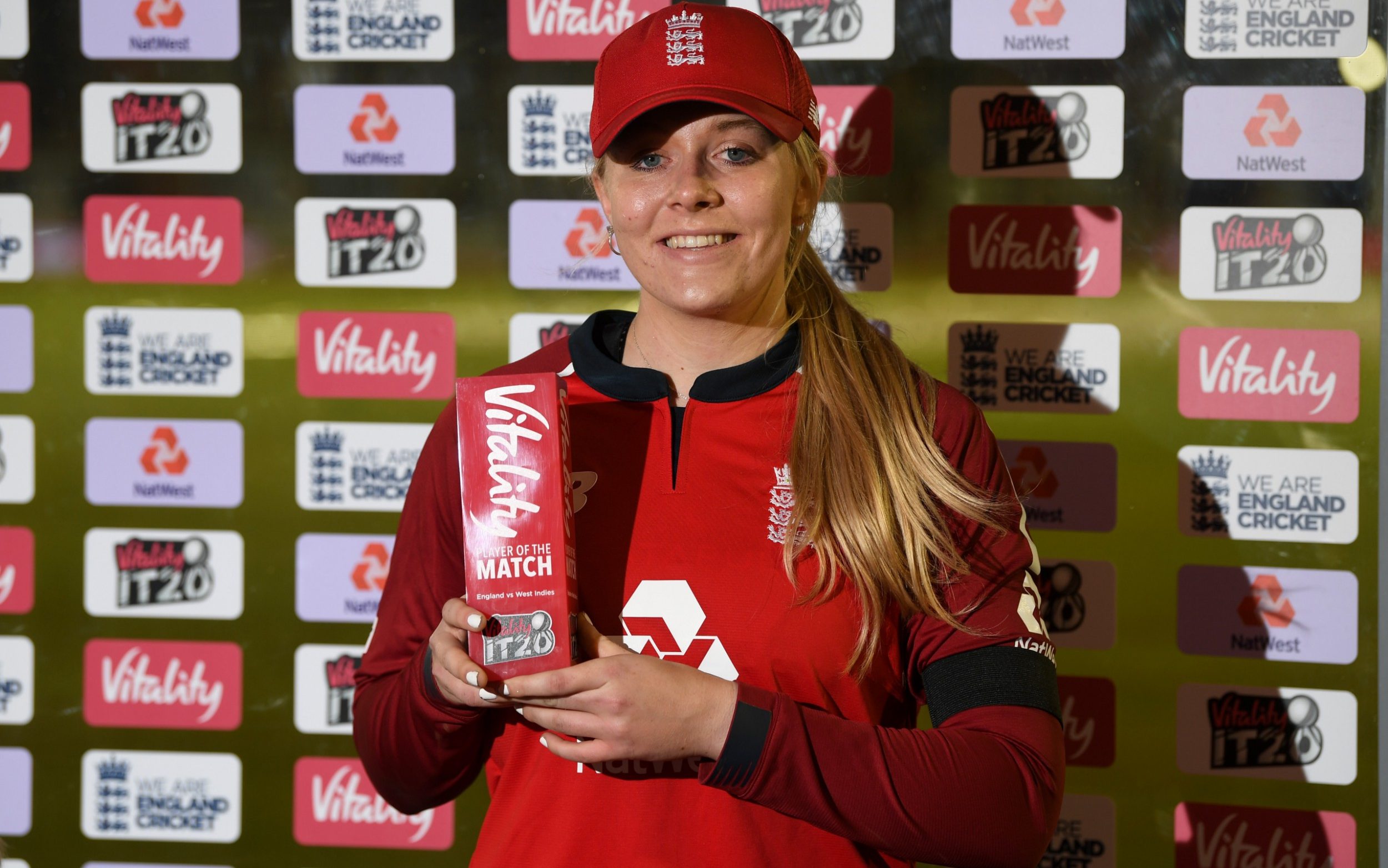 From suspecting she was deliberately infected with coronavirus to being named England’s best player, this has been some year for Sarah Glenn.

Currently isolating in a hotel room in Adelaide in preparation for playing in the Big Bash for the first time, Glenn says she thought she was in trouble when she received a phone call from the Professional Cricketers’ Association last month. It was a mixture of relief and joy to be told instead that she was their women’s cricketer of the year after breaking through in the West Indies series.

Self-isolating in a hotel room is not easy but Glenn knows only too well the grave dangers posed by the virus. The 21 year-old believes it took her almost two months to recover fully when she contracted it in lockdown in April, and she is still angry at how she suspects she was infected having taken precautions while living at home with her parents in their Derbyshire village.

Glenn had just returned from the World Twenty20 in Australia when lockdown began. She was worried about infecting her parents so stayed at home, only going out to walk the dog. Bored one day, she offered to do the weekly shop which is when she believes she contracted the illness.

“I had to get out of the house one day and we needed a food shop so I offered. I came across this bloke who bumped into me and laughed. I think he was drunk. Me and the lady at the till were in shock,” she said.

“I felt really uncomfortable. It was my first and only shopping experience in lockdown and it was awful. He bumped into me again, so I walked out. I came home so angry. I said to my parents, ‘If I get ill next week I’m going to be fuming’. And there I was next week in bed. It was not great.”

Glenn later took an antibody test that confirmed she had the disease in April – her parents were negative – but recovery was slow. “It really opened my eyes and I start to get angry when young people say, ‘Oh we will be fine’. No. I’m a fit young athlete and I was a bit worried. I had a couple of bad nights so I get annoyed by that. I did not realise how much it affected your lungs and it took me a long time to get over it.”

Fully recovered, Glenn was the leading wicket-taker in England’s 5-0 T20 series win over West Indies, building a partnership with left-armer Sophie Ecclestone, also aged 21. The pair are central to England’s future plans and Glenn has come a long way from watching Shane Warne videos on YouTube to learn to bowl leg-spin.

“I am happy with my consistency. I have worked for a long time on bowling my best ball as much as I can but I am working on my variations,” she said. “I have bowled my googly a few times in warm-up games and it is getting there slowly. That is my major work as well as bowling in the powerplay.”

Glenn started junior cricket as a fast bowler, playing with her brother and father at their local club, Denby, which is between Nottingham and Belper. “I used to run in thinking I could bowl absolute gas seamers as a youngster but one day my wrist started to flick like a leg-spinner. My brother and dad told me I was bowling leg-spin.

“I was so young at the time, I did not know what leg-spin was. They both explained it to me and said you can either go down the seamer route or leg-spin. They said leg-spin is hard to bowl and quite rare so I thought that was cool. I looked at Shane Warne videos and I looked up to people like Katherine Brunt as well. I’ve never met Warne. It would be nice to. He can sort out my googly.”

Talented at all sports, Glenn had to choose between hockey and cricket. She played international junior-level hockey but switched solely to cricket after being sat in the stands at Lord’s when England won the 2017 World Cup.

“The crowd went crazy and I thought, ‘I want that feeling’. I could have made it at hockey if I quit cricket but doing both I was trying to please too many people so I had to pick one. The women’s game is rising so quickly. It is being talked about a lot more.

“Growing up, a lot of the time when I spoke to blokes at my club they would be like, ‘what, women play cricket?’ They were not aware but now they are asking me about it, they are watching it and care a bit more and look at how we are doing and when the next game is. There are some really good signs.”

Leg-spin can be a lonely business and relies on a lot of self-motivation and mental strength. Glenn had an unusual upbringing, being homeschooled until A-levels. A tutor would set work, checking in at the end of every term. The freedom allowed Glenn plenty of time to play sport, and learning to work things out herself will come in handy for bowling leg spin.

She emerges from isolation on Sunday. Two weeks in a hotel room, with an exercise bike to keep fit and coursework for her sports science degree at the Open University, is a tough mental challenge but playing in the Big Bash for Perth Scorchers is a logical next step in her development. The Women’s Big Bash will be played entirely in Sydney from Oct 25 because of Corona restrictions on travel in Australia.

“It’s not too bad,” she says. “When the bloke helped me to the room with my stuff and said, ‘Right we will see you in two weeks’, the anxiety hit me. But I feel settled now. It is the new normal and I see it as a real positive.”

It is also a good chance to work out that new googly.