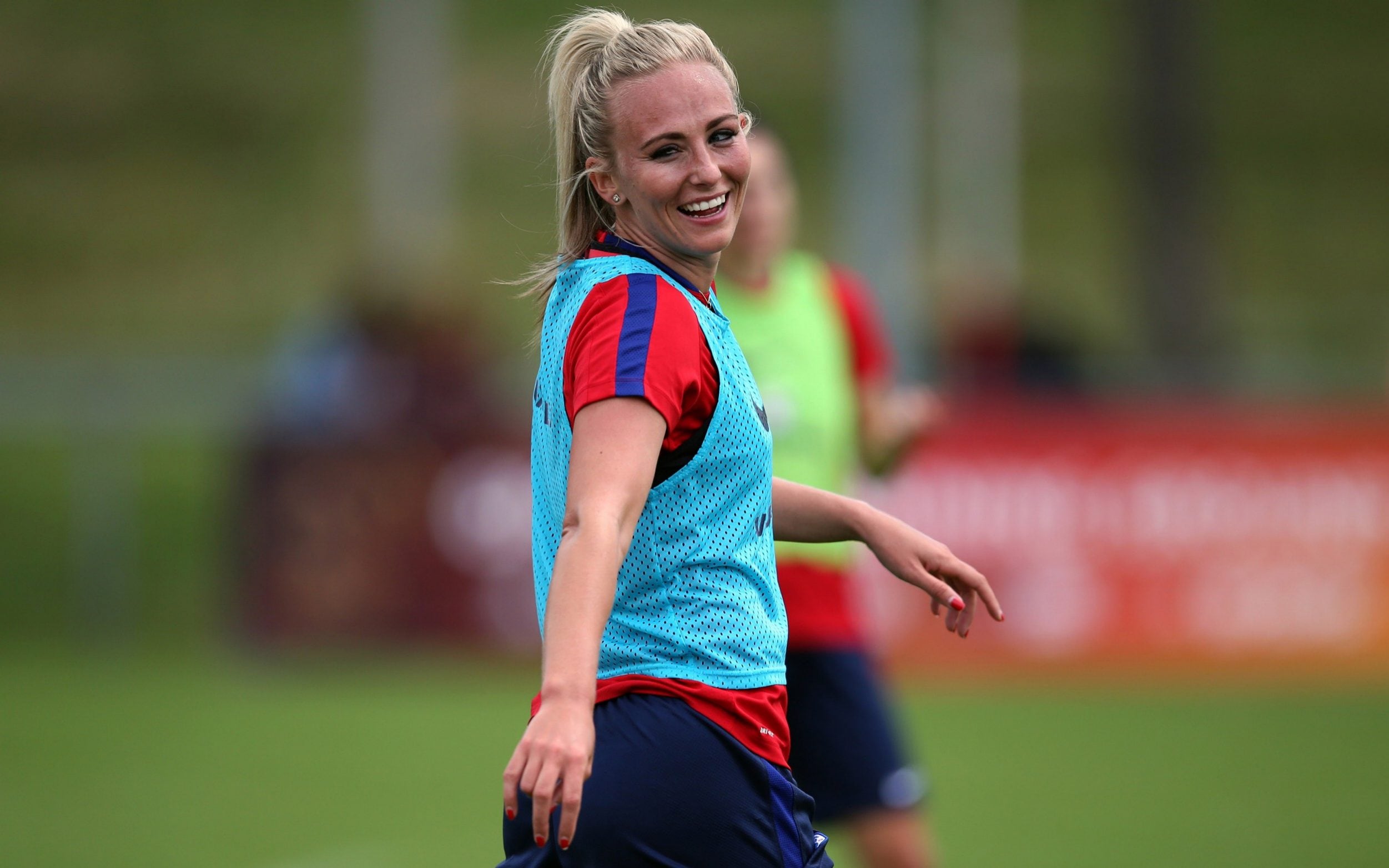 Toni Duggan could be the big-name casualty of England’s evolution with Phil Neville insisting there are always players who suffer when teams start to plan for the future.

Duggan has been left out of a 28-player squad for the forthcoming friendly against Germany, which suggests she has less chance of making the 18-strong Team GB squad for the Olympics next summer given players will be selected from all the home nations.

The 29-year-old has been one of the key figures in England’s rise and is one of the most high-profile names in European football after a move to Barcelona at the end of a successful European Championship in 2017. The winger joined Atletico Madrid last year but has been slowly falling out of favour under Neville, starting just one game at the SheBelieves Cup back in March.

Neville, who is determined to start preparing for the postponed Euros in 2022, even though he will hand over control as manager to Sarina Wiegman next year, insisted there was a new generation coming through who will end up pushing established players out of the national squad.

“It was really difficult to leave her out,” said Neville, who has also omitted Lyon striker Jodie Taylor along with injured Arsenal midfielder Jordan Nobbs. “I called her yesterday and she was obviously disappointed. That’s her mentality and her character. Look, she wants to be in every squad and that’s the mentality I want.

“She missed the last camp because of Covid restrictions and other players have been playing really well and have really upped their game. They have gone to a level that is really impressive and have earned that right to come into the squad. Somebody has to suffer.

“When I first came into the job there was this realisation that we had a group of players who always played for England and we did try and change that. It was probably the same 20 to 25 players we were always picking and now that is up to 35, maybe 40, players who are on our list.

“And, in those positions in the wide areas, where Toni plays, we have got some fantastic players who are all playing really well. That area is probably where we are at our strongest anywhere on the pitch.”

Neville, who still hopes to be named manager of the Team GB squad despite overseeing a run of just three wins from nine games since the World Cup in 2019, is keen for the Germany match to be seen as fresh start as plans for the home Euros in 2022 and the World Cup in 2023 come into focus.