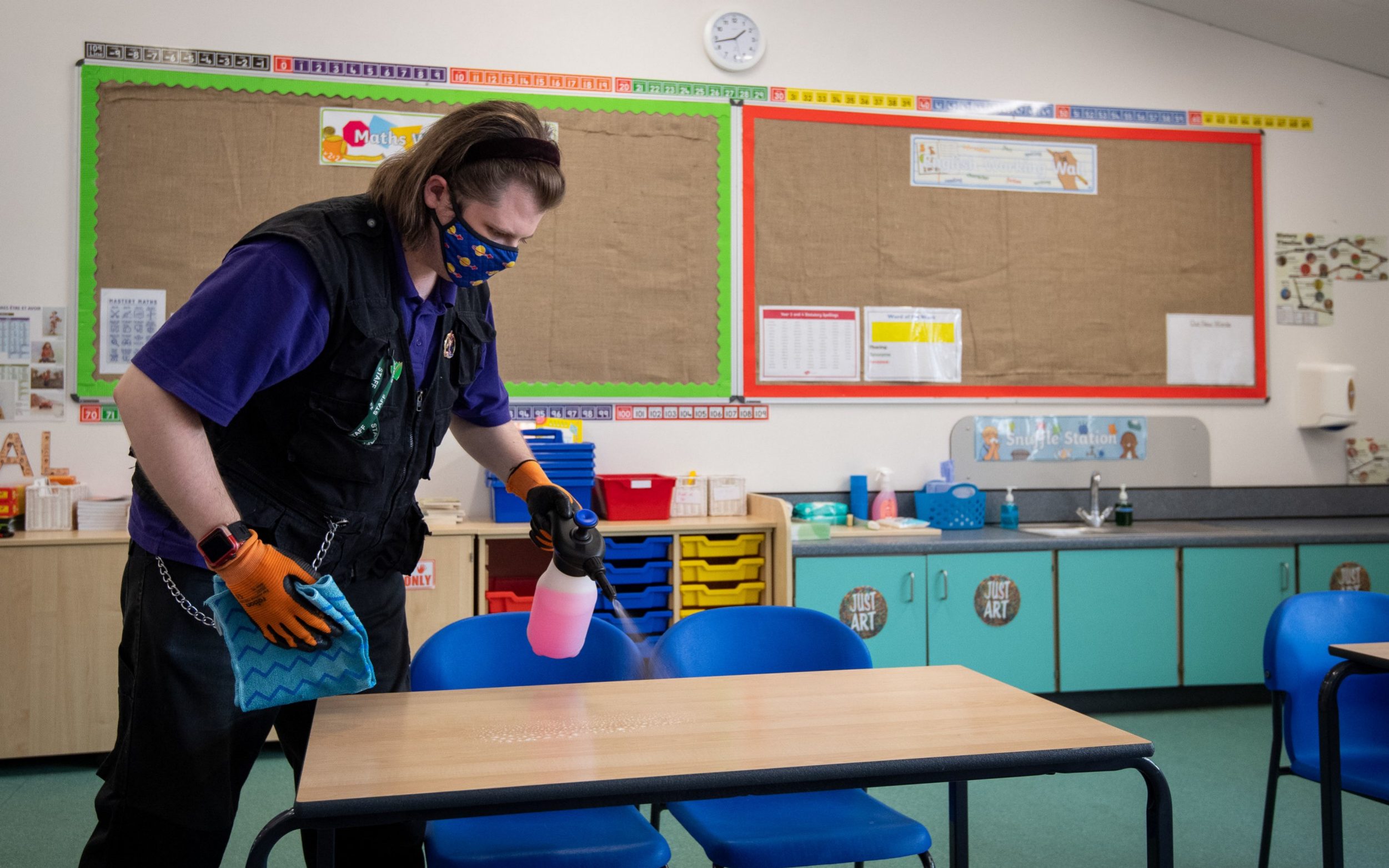 For now, the Government insists it has no plans to close schools.

Downing Street has announced a new three-tier system of local lockdowns with some areas – including the city of Liverpool – facing severe restrictions.

However, schools will remain open, even in areas that are under the strictest Tier 3 lockdown.

Schools reopened in September and the Department for Education published 25,000 words of guidance explaining how schoolchildren and staff should be kept safe.

Below are some of the key points that every pupil, teacher and parent should know now school gates have reopened.

Despite announcing a raft of new restrictions in September and October, Boris Johnson insisted that schools and colleges should only ever be shut again as a “very, very last resort“, even in the event of a second national lockdown.

The new social distancing rules restricting social gatherings of more than six people do not apply to schools.

Schools are drawing up plans to go part-time if the testing chaos continues.

Announcing wider restrictions in the House of Commons on Sept 22, the Prime Minister said that schools would not be affected.

He said: “This is by no means a return to the full lockdown of March, we’re not issuing a general instruction to stay at home, we will ensure that schools, colleges and universities stay open, because nothing is more important than the education, health and wellbeing of our young people.”

He added: “It is vital for children to be in school and we will do everything in our power to ensure that remains the case.”

Swathes of the public are being denied tests because of a lack of capacity in the overrun system. The Prime Minister noted that part of the problem was that the return of pupils to schools for the autumn term had seen a rise in the demand for testing.

“Quite reasonably,” he said, people were struggling to distinguish between the symptoms of Covid-19 and seasonal coughs and colds.

Every school has to draw up plans to ensure children continue to receive an education even if they have to stay when a local lockdown has been imposed after a spike in coronavirus cases.

In what has been described as an “absolute last resort”, the guidance sets out four tiers of restrictions. In the first tier, schools remain open with everyone wearing face coverings in communal areas. In the next tier just for secondary schools, a “rota system” is introduced where children are given two weeks at home to see whether symptoms emerge, then two week at school if given the all clear. A one week rota – five days in class, nine days at home – is another possible option.

Tiers three and four offer studying at home, with only the most vulnerable children, or those of key workers allowed to attend classes.

Pupils would be given access to online and offline material and teaching videos linked to the curriculum.

So-called ‘bubbles’ will be created so youngsters learn and mix with fellow pupils. Large assemblies or collective worship should not include more than one group. Break and lunch times can be staggered to keep bubbles apart. Ensuring these “distinct groups do not mix” makes it quicker and easier to identify contacts if a positive coronavirus case emerges or someone has symptoms.

The bubbles can be larger, increasing to whole “year bubbles”, if teaching demands require it. Books, games and shared equipment can be used within that group, but must be cleaned if then used by another bubble.

Older children will be encouraged to avoid close contact with one another, in part because risks increase with age. Teachers are not restricted to a single ‘bubble’, but are urged to stay at the front of any classroom to reduce contact. In class, pupils must sit spaced out side by side and facing forward.

The use of the staff room by teachers is also meant to be “minimised”.

Routine testing of children’s temperatures is not encouraged after Public Health England found the process an unreliable way to test for the disease.

If a pupil or teacher has symptoms or a positive diagnosis

Schools must contact local health protection teams immediately so those in close contact with the child can be traced. Pupils in a bubble, year group and very rarely the entire school could be asked to self-isolate. A mobile testing unit could be sent to a campus.

NHS Test and Trace would be informed so family and friends can be contacted and possibly isolated.

The pupil or teacher would be quarantined for 14 days and tested. If a child with symptoms is waiting to be collected by a parent, he or she should be moved to a room to be isolated, with adult supervision if required.

Teachers who help a child with symptoms do not have to self-isolate unless they develop symptoms themselves. However, they should thoroughly wash their hands and wear PPE while with the child. The area where someone suspected of having Covid-19 has been must then be intensively cleaned.

If a parent insists a child with symptoms should attend school, the headteacher can refuse to take the pupil if they believe there is a threat to others.

However, Prof Tim Spector, who developed the Covid-19 symptom tracker app, warned that children with a runny nose do not have coronavirus and should not be getting tested, as demand for tests has soared by 150 per cent.

Prof Spector revealed that children under 18 displayed a completely different array of symptoms to adults and that if they had a cough or congestion were almost certainly suffering from the common cold that is sweeping through schools. As the testing system buckles under the strain, Prof Spector said that parents should be aware of the symptoms specifically attributed to children before they take them out of school.