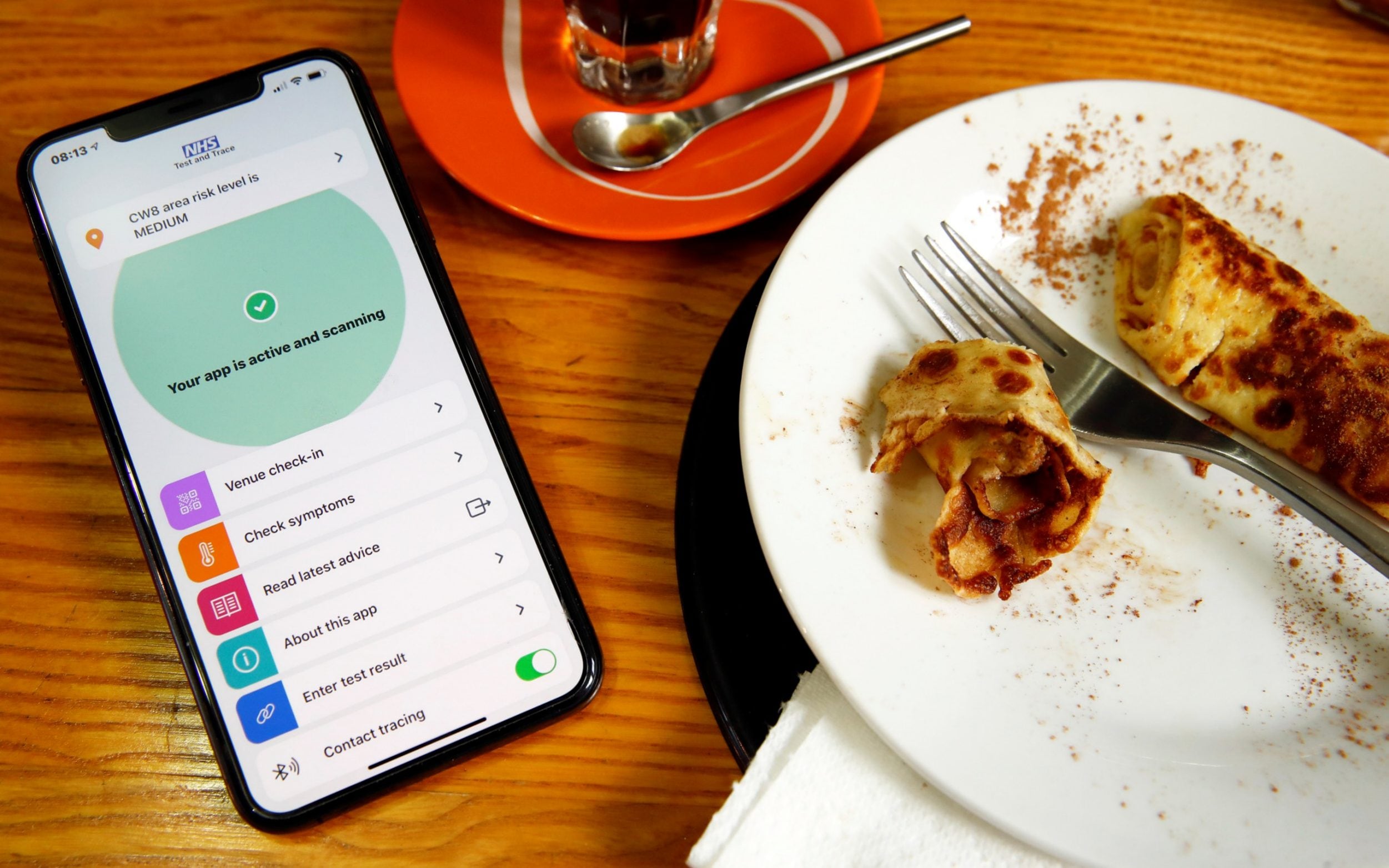 What does my postcode district risk level mean?

You provide the first half of your postcode to the app so the government can notify you when the risk level in your area changes. Here’s what each risk level means:

High risk means your local authority is using additional measures, such as lockdown, to reduce transmission.

If your area is at medium risk then your local authority, or a neighbouring local authority, has higher levels of infection than in other parts of the country. A local area plan may have been put in place to reduce infection, such as additional testing in care homes or added mobile testing capacity.

How will the app help me book a test?

You can report details of your symptoms on the app. If they suggest possible Covid-19 infection, the app will ask you to book a test for yourself and everyone in your household online. You will also have to self-isolate for 14 days.

If you booked a test a different way, you can still link your test result to the app if you received a positive result.

To link your test result to the app, select Enter test result on the home screen of your app. Then, enter the code you received from the testing service by email or text.

What happened to the previous NHS app?

Based on Apple and Google’s privacy-centric software, the app marks the second attempt by the Department of Health and Social Care (DHSC) to develop a software to bolster the contact tracing effort.

A first version that stored some information centrally was ditched after an unsuccessful trial on the Isle of Wight in May.

The app had been sent back to the drawing board after the Government decided its approach presented too many technical challenges.

Technical problems included an audit that found it could detect only one in 25 contacts on Apple phones in some cases. The app also did not work on Android phones that were more than four years old.

The root of these problems were due to the fact the NHSX app was trying to work around privacy limitations placed on smartphones by Apple, which makes iPhones, and Google, which makes Android.

These limitations meant that when iPhones went idle, they would stop registering Bluetooth matches, making the technology ineffective.

Some people have flagged concerns about patient privacy. Dr Yves-Alexandre de Montjoye, head of the Computational Privacy Group at Imperial College London, has warned that such apps could “collect sensitive information like location data”.

“We need to do everything we can to help slow the outbreak. Contact tracing requires handling very sensitive data at scale, and solid and proven techniques exist to help us do it while protecting our fundamental right to privacy. We cannot afford to not use them,” he said.

Mr Hancock has pushed back against the privacy concerns, claiming that data would only be held as long as it was needed and that “all data will be handled according to the highest ethical and security standards”.

“If you become unwell you can securely tell this new NHS app, and the app will then send an alert anonymously to other app users who you’ve been in significant contact with,” the health secretary said.

What if I live in Scotland or Northern Ireland?

Scotland and Wales have separate contact tracing apps which you can download and use. The NHS app for England will not work in these countries, so you’ll need to download different apps and switch over if you already have England’s app.

For people in Scotland, go to your app store and search for “Protect Scotland.”

For people in Northern Ireland, go to your app store and search for “StopCOVID NI.”

Both apps work in the same way as England’s app, meaning you need to set them up first and turn on Bluetooth so that they can continue running in the background.

If you already have a different country’s app installed, you can switch your contact tracing region over by opening the new app. Tap “Allow” when asked if you want to switch to the current app for exposure notifications.

What other issues have there been so far with the app?

Officials were forced to urgently remove a major blindspot in the Government’s Covid-19 app just days after it launched which meant that more than a third of daily tests were being excluded from the system.

It emerged that those who tested positive for the virus in NHS hospitals and Public Health England (PHE) labs were unable to share their result using the official contact-tracing app for the first 48 hours after its introduction on Thursday.

Tests carried out by the NHS and PHE make up one in three of those carried out each day, and their exclusion would have meant that casual contacts of a large proportion of medics who tested positive for the virus would not have received automatic notifications asking them to isolate.

The Department of Health has  now fixed the issue.

Some users of the app have reported they have received notifications which read “Possible Covid-19 exposure. Verifying exposure info. The app has accessed the date, duration and signal strength of this exposure.”

However, no information is provided about whether the user should self-isolate.

The government claims these notifications from the NHS app are “default messages” and do not require a person to self-isolate for the required period. However, confusion around the messages has already led to some people needlessly isolating for 14 days.

“I’m now self-isolating, just to be on the safe side… I don’t know whether it’s correct or not,” Maurice Leaver told Sky News.

The alert is a default message sent by Apple and Google when it detects that your phone has been close to a user who has tested positive for coronavirus. However, the system still needs to check how long and how close you were to that person before it asks you to self-isolate.

A new update to the app on October 13 has provided a solution to the issue. Anyone with the latest app update will now receive a second message which will say: “Covid-19 Exposure Check Complete. Don’t worry, we have assessed your risk and there is no need to take action at this time. Please continue to stay alert and follow the latest advice on social distancing.”