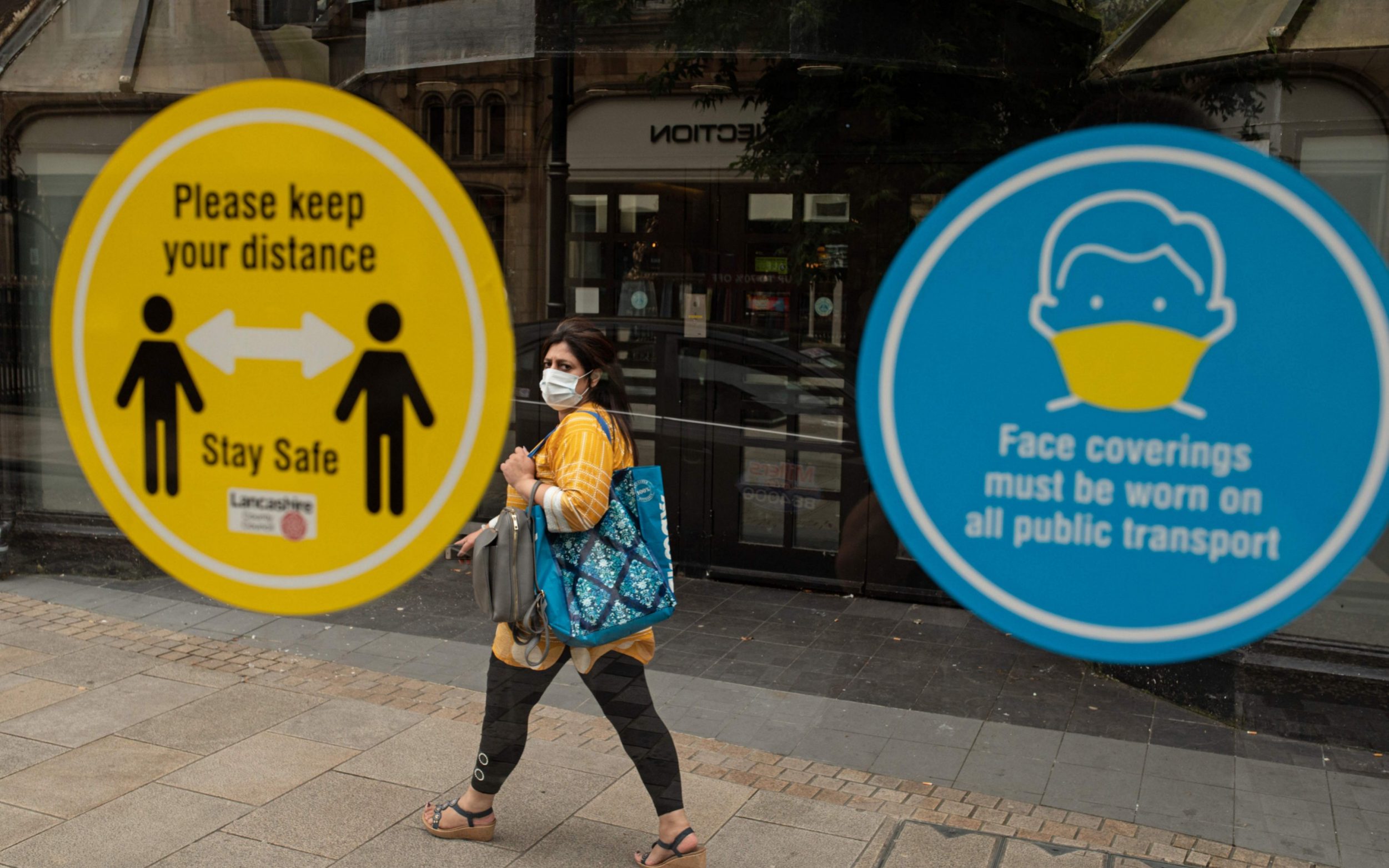 What about social distancing?

The “two household” rule, which allowed up to 30 people from two different homes to meet up, has been scrapped so that all family and social gatherings of more than six people, both indoors and outdoors, will be illegal under the “rule of six” in England.

The Government explained that “when meeting friends and family you do not live with (or have formed a support bubble with) you must not meet in a group of more than six, indoors or outdoors.

Initial fines (fixed penalty notices) of failing to wear a facemask in public areas including pubic transport and shops have doubled from £100 to £200.

Weddings, funerals, schools, workplaces and households or “support bubbles” that have more than six people in them will all be exempt.

Face coverings will be required for retail staff, taxi passengers and hospitality customers except where seated.

The Government said people should “stay two metres apart from people you do not live with where possible, or one metre with extra precautions in place (such as wearing face coverings or increasing ventilation indoors)”.

Venues where people meet socially, such as pubs and restaurants, will now be legally required to request contact details of every member of a party and retain the information for 21 days. Fines of £10,000 could be levied against hospitality venues if they fail to comply.

Since September 24 onwards, pubs, restaurants, and other hospitality venues must close by 10pm and will be table-service only.

Takeaways, although barred from allowing walk-in customers after 10pm, can continue delivering after this time.

Pubs and restaurants etc can have more than six people in them, but they must not be in individual groups of more than six.

What is the ‘three-tier traffic light’ system?

Local lockdowns will now be triggered by a three-tier ‘traffic light’ system, announced on October 12.

Tier one covers most of the country and consists of the current national measures.

Tier two is for areas with a higher level of infections. People must not meet anybody socially outside their household or support bubble in any indoor setting, whether at home or in a public place. The ‘Rule of Six’ applies outdoors and in private gardens.

Tier three is for areas with a very high level of infections. People must not meet anybody socially outside their household or support bubble in any indoor or outdoor setting, privately or in public. The Rule of Six applies in open public spaces. Anyone who cannot work from home should still go to their place of work.

When could social distancing end?

Boris Johnson warned on September 22 that the UK was at a “perilous turning point” in the battle with coronavirus as he abandoned efforts to get more workers back into offices, ordered wider use of face masks and imposed a 10pm curfew on pubs and restaurants.

He warned that the new curbs could last for six months – taking them well beyond Christmas – “unless we palpably make progress”.

Tougher measures may be needed if the virus continues to spread with the R number remaining above one, he added.

“I must emphasise that if all our actions failed to bring the R below one then we reserve the right to deploy greater firepower with significantly greater restrictions,” he said.

The Chief Medical Officer, Chris Whitty, clarified that the new restrictions are “not a very short-term thing” and it is hard to put an exact time limit on them.

Furthermore, scientists have cautioned that predicting an end to social distancing is difficult and depends on how much the one-metre rule influences the R number. Scientists also argue that the UK would need an effective test and trace system before social distancing could be lifted.

Social distancing may have to continue until there is enough immunity in the general population, according to Professor John Edmunds, from the London School of Hygiene & Tropical Medicine, which he says may only be provided by a vaccine.

“We will remain with some social distance measures in place until a safe and effective vaccine is found, mass-produced and delivered to the population,” Prof Edmunds said.