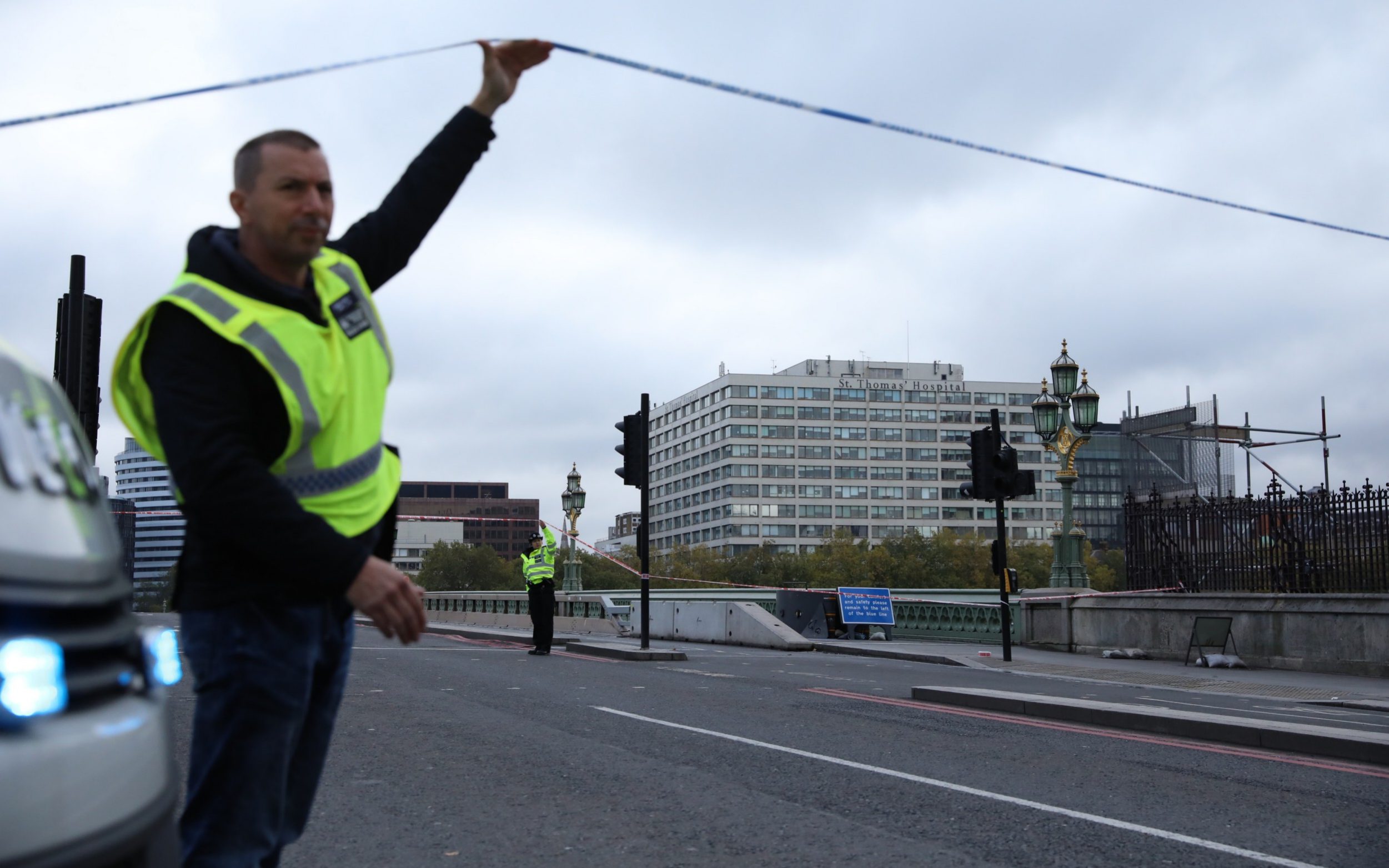 Armed police have been stood down after rushing to St Thomas’ Hospital in Westminster to deal with a “security alert”.

But they have now said: “The security alert at St Thomas’ Hospital is being stood down. We are in the process of removing cordons.

In a statement, they said: “Police were called at 09:18hrs to St Thomas’ Hospital SE1 following a report of threats made by a male. No weapons were seen. Armed officers attended. Local road closures were put in place. The hospital was not evacuated.

“Officers subsequently located and spoke to a male inside the hospital. The incident was stood down at approximately 10:30hrs. There have been no arrests. This was not treated as a terrorism incident.

Lambeth bridge and Westminster Bridge were closed and police put up a large cordon around the area.

Fire trucks and police cars raced to the scene and a police helicopter is still flying overhead.

This is the hospital where Prime Minister Boris Johnson was treated in intensive care for Coronavirus.

This is a breaking story with more to follow…