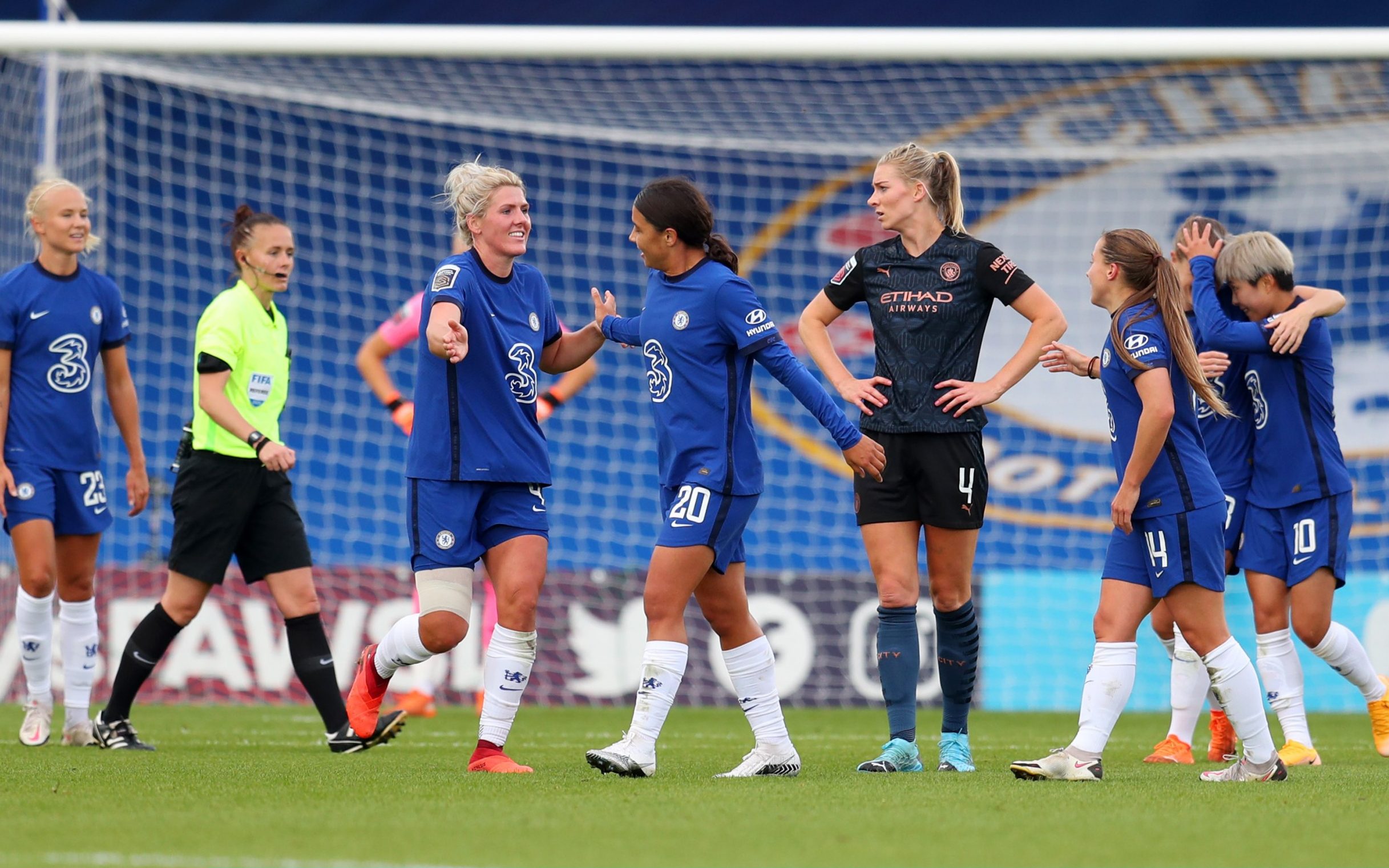 For all their frustration City did not come out fighting early in the second period. Cuthbert, Kerr and Kirby continued antagonising the visitors and twice Chelsea fired over the bar before the hour mark. Then Ji So-Yun’s inspired cross found Kirby in space on the right wing and she fed the ball into Kerr. The Australian would not miss this time, slotting in her third goal in the league this season.

Taylor introduced Georgia Stanway and Rose Lavelle soon after in an attempt to energise his side, and the second penalty of the afternoon, after Millie Bright’s accidental handball, followed. Kelly was clinical with her finish from the spot to edge City back into the game, but their hope was short-lived.

Six minutes later Cuthbert’s sublime through-ball to Kirby got Chelsea their third, as she rounded keeper Ellie Roebuck and hit the open target to all but put the game to bed with just over 10 minutes to go.