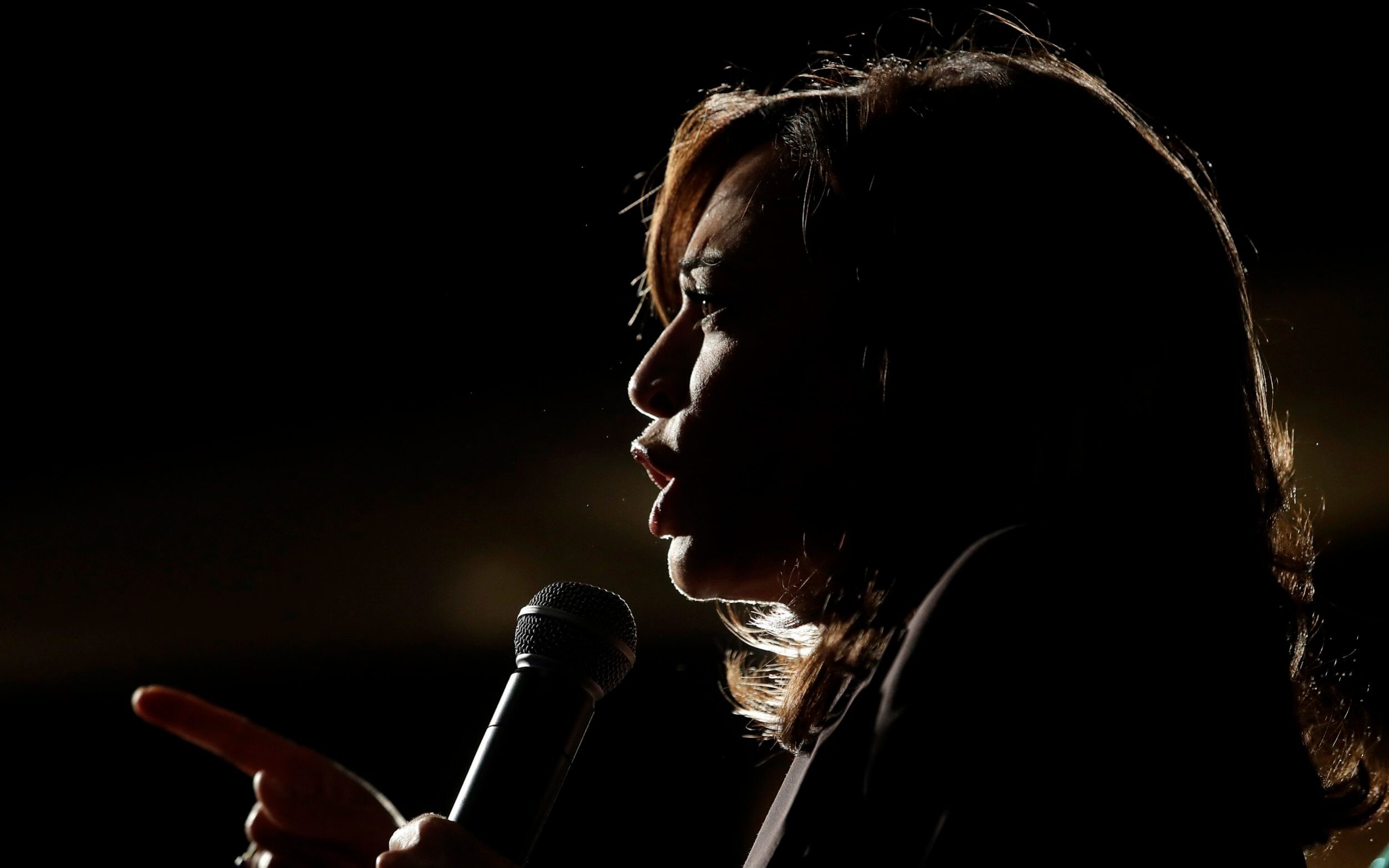 Both are Democrat Party mega-donors, with Ms Tompkins Buell being “very close” to Hillary Clinton (she is sometimes described as her “soulmate”), who also donated to a legal firm handling sexual assault allegations against Donald Trump. Mr Buell, meanwhile, is reportedly so good at fundraising – sweet-talking donors with a “reassuring and slow voice” – that Ms Harris once sat down just to watch him do it. “Mark gets on the phone with people he has known in this town for decades,” she said of him. “He’s really extraordinary.”

Mr Carlson says: “They were the prime movers behind Kamala’s first campaign, and they have been there ever since. The Pacific Heights crowd” – referring to a rich San Francisco neighbourhood whose hilltop location offers sweeping views of the Golden Gate Bridge and the dramatic hills nearby – normally would not have got involved in a district attorney race.

“Susie and Mark provided [access] to that community for Kamala, and they fell in love with her. So campaign finance has never been an issue for her.”

Mr Peskin tells a similar story. “Ms Harris has worked the political establishment and the liberal monied establishment to bring money to this effort to unseat Donald Trump. She was born of a truly diverse background and has learned how to raise money as a politician…

“I’ve never cultivated those relationships with that strata of society, so I really cannot tell you how she did that.”

The ‘top cop’ who is toxic to the Left

But if Ms Harris won allies in her ascent, she made many enemies in the San Francisco metro area, arguably the most progressive place in America. Despite Donald Trump’s efforts to paint her as a dangerous radical, the critique there often goes the other way.

Her record as a prosecutor and as district attorney has led to accusations that she is too supportive of the police and enabled the unfair incarceration of people whose convictions were based on faulty evidence.

Many LGBT Americans have never forgiven her for fighting, as California’s attorney general, to block a transgender woman serving a prison term from receiving sex reassignment surgery. She later said that the case had been “contrary to [her] beliefs”, but she had fought for her “client”, in this case the state, as a lawyer would.

In fact, simply being a prosecutor is enough to make her toxic for many supporters of the George Floyd protests, whose key slogans include “all cops are b——s” and “abolish the police”.

Briahna Joy Gray, Bernie Sanders’ former national spokeswoman, said: “We are in the midst of the largest protest movement in American history, the subject of which is excessive policing, and the Democratic Party chose a ‘top cop’”: